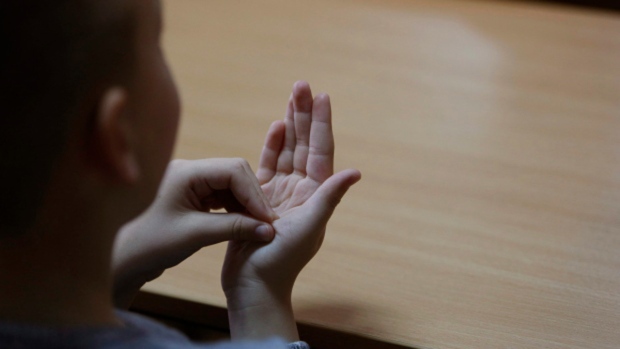 Karen McCall clicked eagerly on the link tweeted out by her provincial health ministry, keen to read the promised list of tips meant to help her protect against COVID-19.

But a familiar sense of disappointment soon set in when she realized the pointers were provided in a format incompatible with the screen-reading technology she relies upon to access the internet. She soon resorted to trolling through a variety of other sites in a bid to access the information.

McCall, who is legally blind, said the common practice of sharing information through images rather than through text has persisted even at a time when a global pandemic is prompting both the public and private sector to share potentially life-saving advice.

“Information in this time of pandemic should be available to everyone,” McCall said in a telephone interview from her home in Paris, Ont., where she is in self-isolation after potentially coming into contact with a COVID-19 patient. “Those of us with disabilities shouldn’t have to try to piece information together from a variety of sources.”

McCall said the oversight is especially egregious in light of the fact that Ontario is one of the few Canadian provinces to have accessibility legislation in place. A spokesman for the Ministry of Health said recent COVID-19 messaging has been in compliance with that law, but offered no further details.

Communication barriers are not unique to Canadians with visual impairments, according to individuals and organizations representing people with a range of disabilities. But the obstacles to accessibility that present a frustrating struggle at the best of times pose a more formidable threat during an outbreak that has triggered unprecedented closures and protective measures across the country.

While such barriers persist throughout Canadian society, advocates said the oversights from government agencies are particularly glaring as the outbreak unfolds.

A consortium of deaf and hard-of-hearing Canadians, for instance, is calling on the federal government to ensure public briefings include sign language interpretation in both English and French.

No such interpreter was on-hand for any of Prime Minister Justin Trudeau’s recent addresses to the nation, including one held Tuesday morning. Briefings involving a number of federal ministers only began including sign language on Monday, and several provincial governments and health authorities still don’t feature the service at all.

Lisa Anderson, who is deaf and served as past chair of the Deaf Wireless Canada Consultative Committee, said excluding sign language leaves roughly 365,000 Canadians out of the loop at a critical time.

“Public officials are doing an injustice in not providing full accessibility for these citizens with a lack of provisions of sign language interpreters to stand next to the government or health officials in the majority of the provincial and national televised or live messaging,” she said in an email-based interview.

Anderson and other advocates said broadcasters also have a role to play by ensuring that interpreters are actually shown on-screen when they are present. Closed-captioning is another crucial service, they added.

The federal government, which passed Canada’s first piece of national accessibility legislation in June 2019, acknowledged sign language has not been a regular feature at most briefings to date, including Trudeau’s updates.

A spokeswoman for Disability Inclusion Minister Carla Qualtrough said some government staff from the department of social development have transferred to the Ministry of Health on an interim basis to provide more guidance on supporting disabled Canadians.

Marielle Hossack said Ottawa is “working hard” to make sign language consistently available, as well as to make sure social media graphics are accessible to the visually impaired and plain-text communications are in place for those with intellectual disabilities.

That latter demographic, some argue, has been especially overlooked during the COVID-19 crisis.

Dave Hingsburger, a wheelchair user and director of clinical and education services at Toronto-based Vita Community Living, said most public and private messaging is written in a verbose style that excludes non-traditional communicators.

He said effective communications should include photos that demonstrate key concepts such as hand-washing, as well as simple language that would serve the dual purpose of catering to the intellectually disabled and being more accessible to those who don’t speak either of Canada’s official languages.

Failing to implement such measures, he cautioned, could heighten the risk for those who already find themselves in a precarious situation.

“The government designates certain groups of people as vulnerable,” Hingsburger said. “By excluding (people with disabilities) from the messaging, they make them even more vulnerable.”

This story by The Canadian Press was first published March 18, 2020.