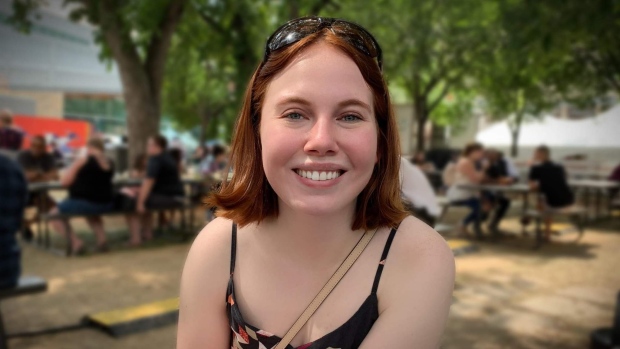 TORONTO — Doctors are warning of the possibility of a surge in cases of a debilitating nervous-system disorder that may be associated with long COVID.

In cases of POTS, specifically, patients’ blood flow is affected and they can experience light-headedness, fainting, chest pains, shortness of breath, and an uncomfortable, rapid increase in heartbeat after standing up.

Dr. Juan Guzman, who specializes in the condition and is the director of the Syncope and Cardiovascular Autonomic Disorders Unit at Hamilton Health Sciences, said POTS is one of the most common forms of dysautonomia.

“It is basically an intolerance to standing,” he told CTVNews.ca during a telephone interview on Thursday.

Even though Guzman said that POTS is considered a “benign” condition because it doesn’t cause any damage in the body, he said it can really impair patients’ quality of life.

“We need to stand up for everything,” he said.

Dr. Thao Huynh, a researcher at Montreal’s Research Institute of the McGill University Health Centre who is leading a study evaluating the long-term symptoms of 200 patients who had COVID-19, said the condition can be very debilitating. She said that between 15 to 20 per cent of the patients in her study have dysautonomia and that 60 per cent of those patients are unable to return to work because of their symptoms.

“They’re very young and healthy and active prior to the infection,” she told CTVNews.ca on Thursday.

In terms of treatment, Huynh said it’s different for everyone, but it can involve fluid intake, salt consumption, wearing compression stockings, exercises, as well as different medications to improve the symptoms.

According to Dsyautonomia International, POTS predominantly affects young women who look healthy on the outside and the condition is estimated to impact one out of every 100 teenagers and one million to three million Americans, including adults.

Because there isn’t a database in Canada, it’s unclear how many Canadians are affected by the disorder.

Kierra Murphy, however, is one of those Canadians, although her case is not linked to COVID-19.

The 19-year-old University of Winnipeg student was diagnosed with POTS in June after she was given what is called a “tilt table test,” which involves changing a person’s positioning quickly to see how their blood pressure and heart rate respond.

Before she was tested, Murphy had been experiencing migraines, dizziness, and fainting sensations since 2019. She even had difficulty holding her arms up above her head while trying to braid her hair.

“They’d get weak and all of the blood would just disappear out of them,” she told CTVNews.ca during a telephone interview on Thursday.

Murphy said she was able to cope with the symptoms thanks to a medication she was taking for her migraines up until December 2020 when they suddenly seemed to worsen.

“I was working out like every day. I was doing sports medicine at school so we would go to the gym multiple times a week, and then I’d go on my own as well. I was doing biathlon, so skiing, shooting, running, and shooting. So I was a pretty active,” she said.

“Then suddenly it was like a switch flip and I couldn’t do that stuff anymore.”

Murphy said she doesn’t know how she developed POTS or why her condition deteriorated in the winter.

“I went from being what I would consider pretty much perfectly healthy minus my migraines to… like there are just days where it’s awful,” she said. “It’s like it will never go away.”

Guzman explained that there are many different reasons why POTS may develop in some patients. He said benign causes, such as low blood volume or chronic dehydration, could result in the disorder. The condition could also be caused by deconditioning, which are changes in the body that occur during a period of inactivity, for instance when astronauts return from space, or from immune disorders.

POTS can also develop in the aftermath of a viral infection, which is why Guzman and Huynh said they have seen some cases of the disorder in patients who had COVID-19.

While Huynh said she has seen an increase in POTS cases during the pandemic, she stressed that it’s still too early to determine if the SARS-CoV-2 virus is causing the nervous-system disorder.

“That’s the million dollar question that I don’t have the answer to. It’s still unclear,” she said. “It may be an autoimmune dysregulation or maybe the virus has done damage temporarily to the central nervous system that controls blood pressure and heart rate…”

Guzman agreed that there was an association between COVID-19 infection and POTS, but no proven cause and effect. He said POTS cases may be developing in patients with long-COVID because of hypoxia or the low oxygen that patients with virus experience or due to chronic dehydration or immune disorders associated with the COVID-19.

“There are different hypotheses, but we have not confirmed anything,” he said.

That’s why both Guzman and Huynh emphasized the need for more funding from provincial and federal governments to research the long-term effects of COVID-19 and the disease’s relationship with POTS, more specifically.

“We’re going to need more funding and that’s what I’m trying to get because to really know the cause you have to do more expensive testing, which includes MRI of the brain,” Huynh said.

Guzman is also in the process of researching the connection between POTS and long-COVID by establishing clinics to study patients who had the virus. He said he expects to see more patients develop POTS as the pandemic continues and people experience long-term symptoms of the virus.

“We are expecting that surge,” he said. “This is coming to us. That’s why we are trying to get funding from the government.”

For her part, Murphy is also helping to spread awareness about POTS and dysautonomia, more broadly, by volunteering with Dysautonomia International. As October is dysautonomia awareness month, Murphy helped to arrange an event in which the Manitoba legislative building will light up in turquoise/blue on Oct. 7 at 10 p.m. local time.

“Awareness is sadly non-existent,” she said. “I can sit here all day and think about what life was like before the symptoms and grieve that, but all these people are in the same boat as me and some people have it way worse, some people have it a lot better, and we’re all stuck.”