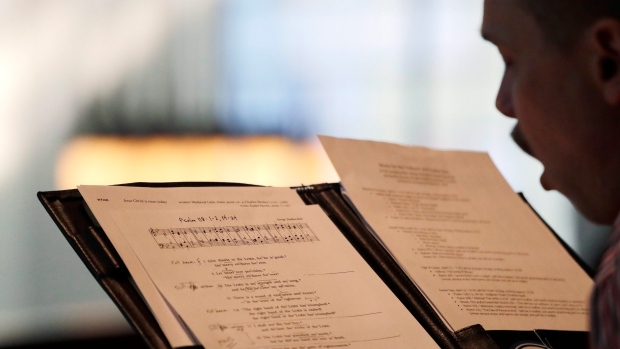 U.S. health officials studying how a COVID-19 outbreak managed to occur among members of a Washington state choir in early March found that droplets released during singing may have spread the virus.

According to a report published by the Centers for Disease Control and Prevention (CDC), 52 members of the Skagit Valley Chorale were sickened, three were hospitalized and two died following two rehearsals that included a member with cold-like symptoms. That person later tested positive for COVID-19 and was the first case identified by health authorities.

Choir members became infected despite there being no physical contact between the attendees. According to the report, members sat 15-25 centimetres apart with empty seats between them, did not shake hands and used hand sanitizer.

“The act of singing, itself, might have contributed to transmission through emission of aerosols, which is affected by loudness of vocalization,” the report said. The CDC report also said that some people, known as superspreaders, release more of these particles during speech than others.

“The potential for superspreader events underscores the importance of physical distancing, including avoiding gathering in large groups, to control spread of COVID-19,” the CDC report said. “Enhancing community awareness can encourage symptomatic persons and contacts of ill persons to isolate or self-quarantine to prevent ongoing transmission.”

Colin Furness, an expert in infectious disease epidemiology from the University of Toronto, told CTVNews.ca that it is possible for an infected choir member to disperse viral particles to other people through the act of singing.

“Singing in a group typically involves standing in a close [room] for an extended period of time. The risk of inhaling infected droplets depends on both closeness and amount time — get close enough to people who are infected, and do so for long enough, and you will get infected too. For that reason, I would rate group singing as extremely risky,” Furness said in an email on Sunday.

Outbreaks have also been reported in the Berlin Cathedral Choir in Germany and the of the Voices of Yorkshire choir in England.

The World Health Organization (WHO) has emphasized that the novel coronavirus is primarily spread through respiratory droplets, but some studies have demonstrated that the virus can spread farther than initially thought and linger in the air.

A study by the U.S. National Institutes of Health, which has not been peer-reviewed, used laser imagery and video to show that thousands of fine droplets can be spewed into the air when people speak. The study, published in April in the online journal medRxiv, found that speaking can spread up to 360 droplets in the air in just 17 milliseconds.

A study published May 13 in the journal Proceedings of the National Academy of Sciences (PNAS) found that one minute of loud speaking can generate more than 1,000 virus-containing droplets, and those droplets can remain airborne for eight minutes or longer.

“Singing in a choir exposes the surrounding choral members to large respiratory droplets, which fall out about 2-3 metres from an infected person, not small droplets implicated in so-called ‘airborne’ transmission,” Evans said in an email to CTVNews.ca on Sunday.

Evans added that the CDC’s report “does not support ‘airborne’ transmission, rather it reinforces what we already know” in how droplets can be spread to others when in close proximity.

Furness suggests that if choirs must rehearse during the pandemic that they mitigate infection risk by holding practices virtually or outside “where wind will quickly dissipate droplets.”

“If I had to sing in a group, I would do it outside, and I would pay attention to wind direction to avoid being downwind of people in the group,” Furness said.

Furness added that group members could also be widely dispersed in a large room, however he recognized that that can pose challenges for ensemble work and staying in tune. For now, he said singers should stay home and skip in-person rehearsals.