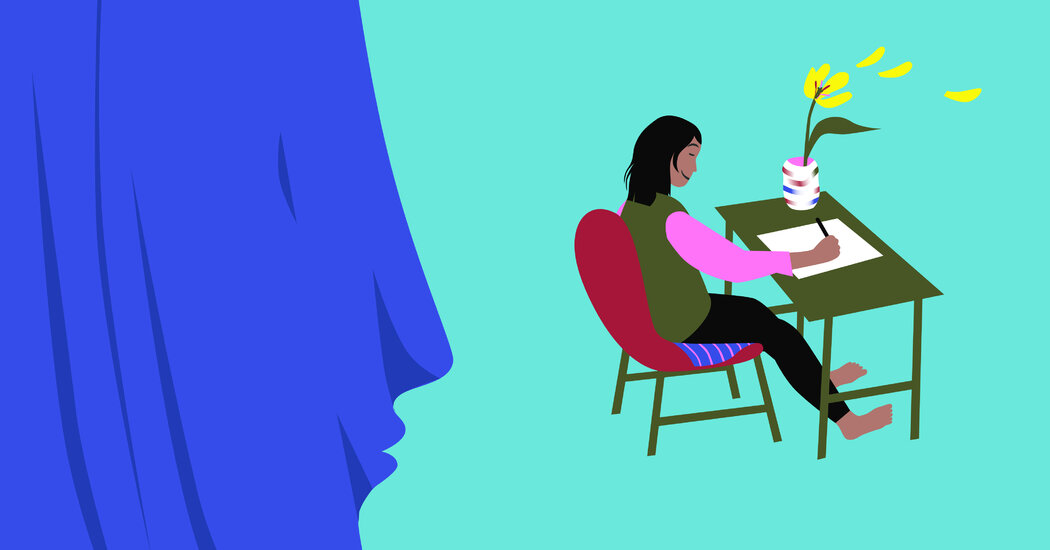 And it was these exact qualities that garnered praise. “You don’t have to worry about her,” people told my parents, and everyone swelled with pride. If no one understood me, I’d learn a new language. If my accent was a barrier, then — poof! — all of a sudden, I sounded American. If my bank balance was negative $900 one month, I’d figure out how to reverse it.

I chased the high of conquering things that seemed impossible, which led me to the entertainment industry. Cracking the codes to its impenetrable world made me think I was winning, then thriving, until those conversations with my boss began to shatter that perception. I realized I had a dream job — it just wasn’t mine.

When she suggested that I could be happier, that I could envision the right life for me and go get it, my mind was blank. I had been ignoring my feelings in favor of crossing off the next goal, through college, law school, a prestigious job. My itinerant childhood wired me to pursue stability above all, but what were my dreams? “Don’t you want to write some books, maybe have a couple kids?” she said, casually, and I froze. It sounded perfect. But the idea of actively seeking happiness was terrifying. What if I failed?

I had spent so long buffeted by the waves of external events that once they went quiet I didn’t know what to do. Technically, a lifetime of endurance had convinced that me I was so tough that I could handle anything. But I didn’t want to. So for the first time, I allowed myself to say so. I didn’t know if there was a professional pursuit that might make me happier, but that one was worth seeking.

I knew only that my true love was reading, and writers. I knew words on a page made me happy, and I went looking for more of that feeling. The joy I felt discussing ideas, helping mold those ideas into a script, then onscreen, became my new pursuit. It suddenly felt so silly, so luxurious, not to be in pure survival mode — to have made the space to think about what was good for me.

I got into producing, and had a baby. But soon I felt that old dissatisfaction creep in again, the one that I was making other people’s dreams come true but not my own. And this time I trusted my feelings enough not to ignore them. This wasn’t the kind of challenge I was meant to power through; it was one that called for looking clearly within myself. The pleasure I derived from work had successfully chipped away at the hard shell of my endurance, and let happiness into the cracks, shining a light on the malaise nudging its way out. But still, I couldn’t admit what I wanted.

So I spent some time flailing about, groaning, wishing out loud that the world — someone, anyone — would tell me what to do next. After months of this charade, my husband, a professional writer, steered me into listing five people whose careers I admired. That was easy. “They’re all writers,” he said. “Do you think that means anything?”