Obtaining the Campaigns list from the server has failed!
Server response:
CM Ad cahger Server plugin is not active on https://legendarygroup.co/admanager/
You Are Here Home Health News Dr. Paul Auerbach, Father of Wilderness Medicine, Dies at 70 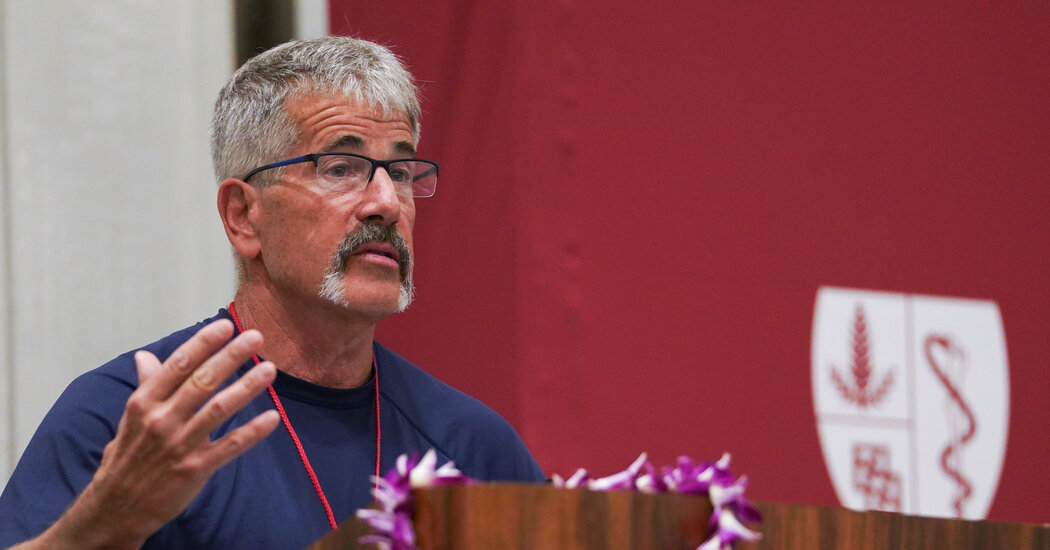 Dr. Auerbach said it was imperative never to get too comfortable when dealing with the whims of nature. “You have to be afraid when you go into work,” he said. “You have to stay humble.”

Paul Stuart Auerbach was born on Jan. 4, 1951, in Plainfield, N.J. His father, Victor, was a patents manager for Union Carbide. His mother, Leona (Fishkin) Auerbach, was a teacher. Paul was a wrestling star in high school and grew up spending summers on the Jersey Shore.

He graduated from Duke in 1973 with a bachelor’s degree in religion and then enrolled in Duke’s medical school. He met Sherry Steindorf at U.C.L.A., and they were married in 1982. (In the 1980s he worked part-time as a swimsuit model for the swimwear company Laguna.) Dr. Auerbach studied at Stanford’s business school shortly before joining the university’s medical faculty in 1991.

In addition to his wife, he is survived by two sons, Brian and Daniel; a daughter, Lauren Auerbach Dixon; his mother; a brother, Burt; and a sister, Jan Sherman.

As he grew older, Dr. Auerbach became increasingly devoted to expanding the field of wilderness medicine. In revising his textbook, he added sections about handling environmental disasters, and, with Jay Lemery, he wrote “Enviromedics: The Impact of Climate Change on Human Health,” published in 2017.

Last year, shortly before he received his cancer diagnosis, the coronavirus pandemic began to take hold, and Dr. Auerbach decided to act.

“The minute it all first happened, he started working on disaster response,” his wife said. “Hospitals were running out of PPE. He was calling this person and that person to learn as much as he could. He wanted to find out how to design better masks and better ventilators. He never stopped.”