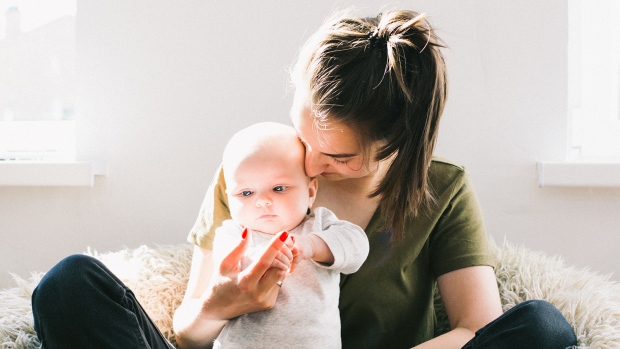 They say a mother’s hug lasts long after she lets go.

Researchers can now see the lasting imprints of this love in their labs, gaining new insight into the long-held belief that warm and nurturing care from birth is good for babies.

By studying the ways a child’s brain develops, to how their genes turn on and off, and how their immune systems work, researchers can see how a mother’s early nurturing influences her child’s health into adulthood and can also buffer the effects of negative life experiences, like childhood poverty.

Research like this can hold special meaning on Mother’s Day.

“The parent is shaping the brain and its connections at these early stages.”

Chaya Kulkarni, director of infant mental health promotion at the Hospital for Sick Children in Toronto, has similar thoughts.

“It’s easy to assume that the brain will simply grow on its own,” she said. “But for the brain to grow to its fullest potential, it needs good nourishment and responsive and appropriate caregiving.

“In a baby’s brain every second, one million connections are created between brain cells and we never match that later in life.”

Those connections depend on how a baby and their caregiver respond to one another. Kulkami says whether caregivers consistently respond when a baby cries and whether the parent encourages cooing and coos back to their infant “literally changes the shape of the brain — the number and strength of connections (between brain cells).”

Even simple touch and cuddling of a baby affects how they grow and develop, and leaves marks on their DNA.

These effects persist even if those babies are removed and placed with a mother who is not as nurturing. The early experience seems to be “baked in.”

“In animal studies, what is very clear is that the early maternal care behaviour is predictive of a whole range of behaviours and outcomes in the offspring,” said Kieran O’Donnell, assistant professor of epigenetics and epidemiology at McGill. A key effect is that the offspring have a “more efficient shutting down of the stress response.”

This finding has been seen in people as well, with infants whose mothers have consistently responded to their early needs and to whom they show a secure attachment.

The hormones and structures that control the stress response are better regulated so the infants can respond to a stressful moment but also turn that off after the threat has passed, said Sarah Merrill, a postdoctoral fellow in medical genetics at the University of British Columbia.

A 2017 study showed that even just the amount of time that a baby is held leaves a biological mark on their DNA.

Researchers in the field caution that while biological imprints of nurturing can be clearly seen, it’s not always clear what they mean.

“Human studies are messy. These are associations and we can’t say that they are causal,” said Michael Kobor, professor and Canada Research Chair in social epigenetics at the UBC. “But there are a lot of associations between the early life environment, such as the amount of holding or family stress, and changes to the DNA … How we behave with our children gets under their skin and can last a lifetime.”

Researchers also caution that this area of study should not be used to blame mothers for not being a “perfect parent” but to reassure them that the love and attention they show their babies has positive effects for a lifetime.

Research also shows that changes to the DNA may be reversible.

And although many of the studies involve mothers, nurturing from fathers and other caregivers is important, too.

Having a loving early childhood doesn’t only impact the development of the brain, the stress response and DNA activity, though. Increasing scientific evidence shows that the immune system is impacted as well.

Greg Miller, professor of psychology at Northwestern University’s Institute for Policy Research in Chicago, says that similar to the stress response system, the immune system is sensitive to early life nurturing.

The inflammatory immune response is not as well regulated without this nurturing, particularly for children experiencing hardship like poverty. This can result in immune responses “lingering and causing collateral damage.”

It is well known that growing up in poverty carries health risks, but researchers have been interested to know if a loving childhood can reverse these effects.

Miller’s study of more than 170 American adults showed that those who grew up poor, even if they were not poor at the current time, were more likely to develop a cold when exposed to a virus than those who were not poor as children. But the research also showed that having caring, loving and supportive parents reversed this in a majority of cases — the positive childhood experience could protect them from getting the cold.

Researchers call this a buffering effect — that love and nurturing in childhood can protect against the negative effects of other life circumstances.

Silveira’s new research, with more than 300,000 adults in Britain, shows those who describe their childhood as loving had lower rates of physical and mental health disorders such as diabetes, heart disease and schizophrenia.

Michelle Ward is a pediatrician, associate professor and journalist in Ottawa.

This report by The Canadian Press was first published May 10, 2020.