You Are Here Home Health News ‘Everyone’s really tired’: Why combatting the second wave will be mentally harder than the first 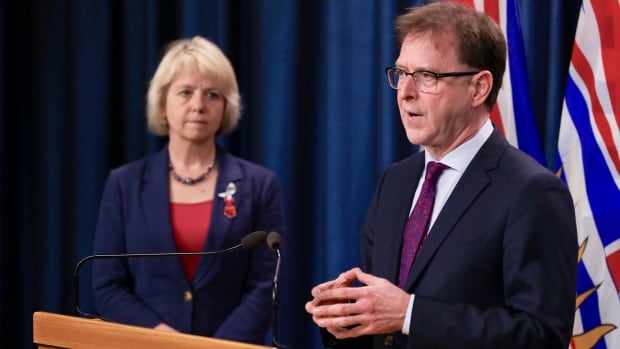 “It’s not ending, and it’s not going to end soon, and that creates its own anxiety,” Adrian Dix said to CBC News on a day where B.C. recorded 272 new cases of COVID-19, in a month where the average number has doubled.

What’s happening in British Columbia right now is happening across much of Canada: Manitoba recorded a record-high 480 cases on Friday, Alberta has a record-high 5,172 active cases, and every province outside of Atlantic Canada has seen a surge since the summer ended.

And it’s also happening in much of the northern hemisphere right now, as countries that seemingly contained the virus for much of the summer are seeing thousands of cases a day.

In other words, plenty of people are being asked to batten down the hatches once again, as the long-anticipated effects of colder weather fully take hold.

But the challenges over the next four months won’t be as hard as the unofficial and official forms of lockdown that took place at the beginning of the pandemic.

They will be harder.

More things to keep track of

Part of the reason, of course, is “COVID fatigue” — the fact people have been inundated with information about the pandemic for months, with routines and rules regularly being modified, causing an added layer of frayed nerves that didn’t exist in March and April.

However, Dix believes an extra layer of difficulty will come from the additional guidelines people will have to grapple with for months to come, rather than simply being told to stay at home.

It’s why Dix says he understands stories like those in Chilliwack, where a children’s soccer club needed to hire security after parents became unhappy with contact tracing and limited crowd sizes.

But he hopes people don’t see those stories and think they’re reflective of the broader population.

“I think the stories, to a degree, seem jarring because they’re actually quite unusual, right?” he said.

“I understand people are frustrated. You go to your child’s soccer game, and you just want a moment away from the pandemic … but put on the bright side — they’re still playing soccer.”

What happens if cases rise to a point where those soccer games are no longer possible? Or the types of rallies that protest health restrictions continue to grow?

For the moment, Dix isn’t having that conversation.

“What’s essential to our public health strategy is trust,” he said.

“I think people in British Columbia have been very good to one another, and, uh, I find it actually quite moving.”

What’s also moving — sharply up — is the trend-line for COVID-19 cases.

And while Dix’s positive tone and communitarian language has remain unchanged for a long time, there is the risk the public will tune him out if active cases double in November and December like they did in October.

If that happens, the core assumption of the government’s strategy — that mask mandates and punitive measures were as unlikely to work as reducing transmission of the virus down to zero — will begin to be challenged more strenuously.

For now though, the message from the government is much the same as it was months ago: contact tracing and enhanced testing will get B.C. through the winter.

But patience will help as well.

“We’re trying to be positive and ask people to do things and be respectful of people and not to criticize people,” he said.

“We’ve got to get through this for a long time together, and I think that’s the best way to do it.”