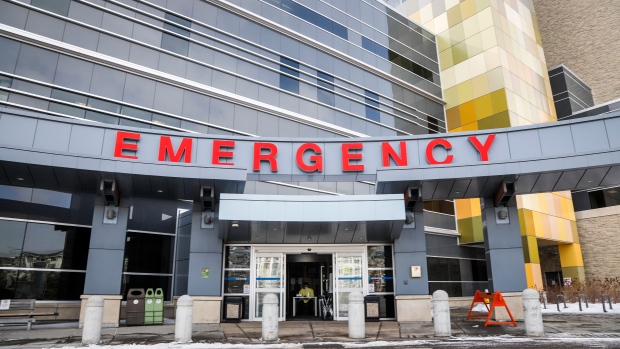 TORONTO — Canada did not see a high number of unexplained deaths that could have been undetected COVID-19 cases in the early stages of the pandemic, according to new data from Statistics Canada.

It found that, based on the data available, there were actually 1,145 fewer deaths reported in the first quarter of the year than expected from historical patterns.

The excess death number was found to be negative in almost every week of the quarter. The only exceptions were one week in late January and the final week of March.

Ontario, New Brunswick, Yukon and Nunavut were not included in the StatCan release due to a lack of available data.

This is a breaking news update. Previous story follows.

But how accurate is that number?

It is certainly possible that some deaths related to the novel coronavirus were never recorded as such, especially in the initial days of the pandemic when medical workers may not have been testing for it.

COVID-19’s true early toll in Canada could become more apparent this morning, as Statistics Canada is set to release death counts for the first quarters of 2019 and 2020.

This represents an unusually fast turnaround of such data on StatCan’s part, as the agency has to this point only released death figures up to the end of 2018. StatCan has cautioned that today’s release is provisional and the data is subject to change.

Regardless, the data will allow experts to attempt calculating Canada’s number of excess deaths – the difference between the number of those who died in the first quarter of 2020 and the number that would be expected based on historical patterns.

Excess death numbers have been used to suggest that COVID-19 may have hit harder than official numbers show in locations including New York City and the United Kingdom.

However, the data from these places is much more up-to-date than what Statistics Canada is releasing, allowing for a clearer picture of the overall COVID-19 death toll. New York City’s figures run until May 2, for example, whereas the StatCan data stops at March 31.

Provinces also track excess deaths. British Columbia has released its own figures, which show 170 deaths more than expected between March and early May, only 111 of which have officially been connected to COVID-19.