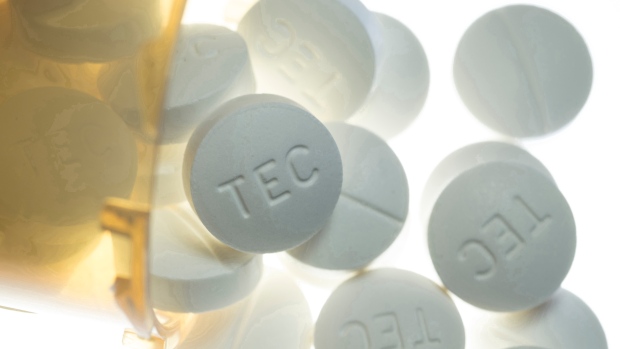 TORONTO — Ontario’s opioid crisis has worsened dramatically during the pandemic, with the homeless population and those who were unemployed accounting for a significant portion of fatal overdoses, a new report has found.

The report released Wednesday from the Ontario Drug Policy Research Network at Toronto’s St. Michael’s Hospital found fatal opioid overdoses were up more than 75 per cent after COVID-19 hit in 2020, compared to the year before.

“It’s alarming because these increases in overdose deaths are continuing unabated,” said Tara Gomes, a co-author of the report. “Historically we haven’t seen an urgency of action by governments to address this, but we need that.”

Public Health Ontario, the chief coroner’s office and the province’s forensic pathology service contributed to the report that examined opioid deaths in 2019 and 2020.

“The COVID 19 pandemic has really accelerated the rate at which fatal opioid overdoses are occurring across the province,” Gomes said.

“This is in part due to an increasingly unpredictable drug supply that is contaminated and highly toxic, but also the changes in access to health-care services, as well as the places where people are living, and the lack of support that people have now in the community.”

Fentanyl is having a deadlier effect, according to the researchers.

“The role of fentanyl as a direct contributor to opioid-related deaths continued to increase during the pandemic, rising to a prevalence of 87 per cent from 75 per cent in the pre-pandemic cohort,” the report said.

The largest increase in fatal overdoses was seen among those aged 25 to 44, with 1,109 people in that cohort dying during the pandemic compared with 608 deaths in the same period in 2019.

The vast majority of all opioid-related deaths were accidental, the report said.

The report found about half of the opioid deaths both before and during the pandemic occurred among people who were unemployed at the time they died.

The number of homeless people who died of opioid overdoses more than doubled during the pandemic to 323 deaths from 135 deaths in the same period the year before.

And it appears that some of the programs designed to help the homeless during the pandemic, such as living in their own hotel or motel rooms rather than in shelters, were harmful, Gomes said.

Gomes said about three-quarters of people die of opioid overdoses alone — a statistic that has not changed during the pandemic.

Many of those deaths are preventable, she said, and having more support services at the hotels or a safe space to use drugs would help.

“It reinforces the dangers of drug use when you’re alone and I think that’s probably why we’re seeing such harm in these hotels,” Gomes said.

The opioid crisis also appears to be worsening outside Ontario’s big cities.

The number of deaths have nearly doubled in rural and medium-sized urban centres. Of the province’s 34 public health units, 15 have seen their opioid deaths double, much of it in northern and southwestern Ontario.

This report by The Canadian Press was first published May 19, 2021.