You Are Here Home Health News Feel Like You’re Going Out of Your Mind? Consider Your Mind-Set 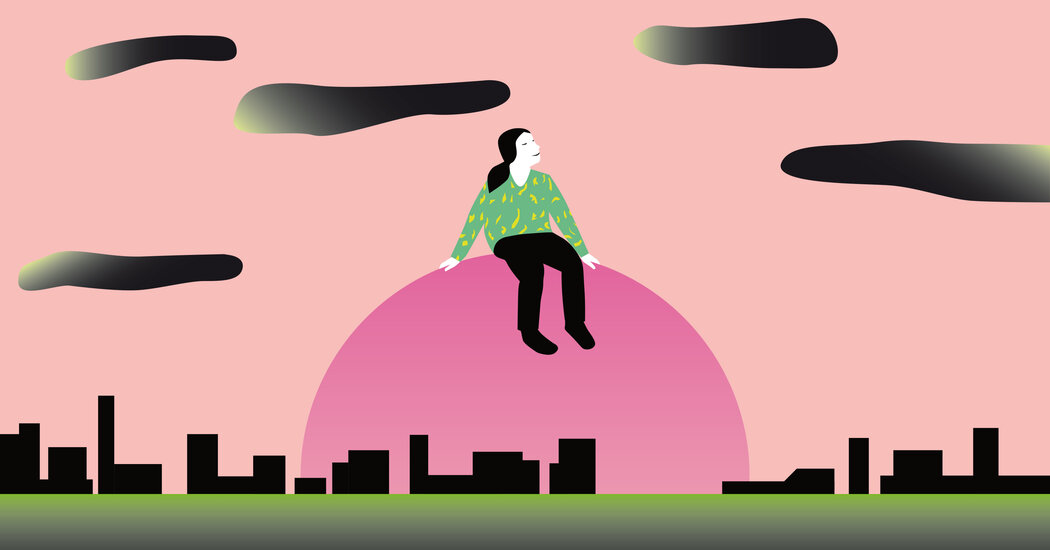 This article is part of a series on resilience in troubled times — what we can learn about it from history and personal experiences.

About 13 years ago I made a mistake in a column written for this newspaper. In the hierarchy of errors, it wasn’t a major one, but it was embarrassing.

I said daylight saving time had begun when it actually had just ended. And making matters worse, it was in the opening paragraph. A correction had to be written and affixed to the bottom of the article, where it will remain for as long as the article exists. I was deeply annoyed with myself.

As I sat there a few days later ruminating about the correction and my self-directed anger, I began to wonder why so many of us hate our mistakes so much. While we may be told early in life that mistakes are OK and we can learn from them, we quickly discover the opposite — that we won’t be lauded for messing up, but admonished.

When and why does this change? Is it universal? And how does the way we think about our mistakes affect our ability to be resilient to the ups and downs of life?

My following column examined some of these ideas, and it grew into a book published in 2011, “Better by Mistake: The Unexpected Benefits of Being Wrong.”

As I learned through my research, if we see every mistake as a crisis, every failure as a sign we’re losers, then we avoid taking risks, we become less creative, we even learn less deeply.

But if we’re resilient enough to understand that mistakes are inevitable, that we often make them when we’re trying something that challenges us and that the learning process is (or should be) as important as the final achievement, then we’re far more open and able to accept them.

A major source for my column and for a chapter in the book was Carol Dweck, a professor of psychology at Stanford University and one of the foremost researchers on how we think about mistakes and failure. She laid out her findings in a book published in 2006, “Mindset: The New Psychology of Success.”

Over the years, her ideas have gained wide popularity in the growing field examining how we develop resilience and grit. And more important, they were adopted by numerous teachers and schools with real success.

Her work focuses on mind-sets — that is, how we view our own abilities. She distinguishes between what she termed fixed mind-sets and growth mind-sets. Those with a fixed mind-set don’t believe their abilities, intelligence and personalities can really change and evolve. They see mistakes, challenges and setbacks simply as signs of stupidity or incompetence and give up.

Those with a growth mind-set understand that intelligence and capabilities are malleable. Even if we all won’t become world-class mathematicians, for example, we can get better at math. They are more likely to be resilient in the face of obstacles and failure, seeing them as necessary to becoming better at just about anything.

How do you know which mind-set you have? First, we’re all a mixture of both. But if you agree with the notion that “everyone is a certain kind of person and that there’s not much they can really do to change that,” you’re more of a fixed mind-set sort of person. If you are more likely to agree that “people can substantially change the kind of person they are,” you tend toward the growth mind-set type.

Professor Dweck said that if children, starting as young as possible, were taught about these mind-sets and could genuinely adopt a growth mind-set, then they would become adults who were more willing to experiment even in the face of possible failure, to move out of their comfort zone, because they weren’t so afraid of failing. They will embrace the process of learning, not just the grades or prizes.

The concepts of fixed and growth mind-sets are not limited to education, although that is where most of the research has been done; they have been used in workplaces and in areas like conflict resolution and mental health research.

Professor Dweck’s research caught fire around the world. Her 2014 TED Talk has had almost 11 million views. In 2015, the U.S. Education Department granted almost $2 million to a number of school districts across the country to promote social and emotional skills, including learning about mind-sets. The Organization for Economic Co-Operation and Development found that a growth mind-set was one factor associated with academic resilience internationally.

As the ideas spread, however, critics emerged. Efforts to replicate a few of her studies failed. Some wondered whether Professor Dweck’s ideas on growth and fixed mind-set — and particularly how they were defined and taught — “overpromised and underdelivered,” as a Scientific American article put it.

So, I decided to revisit Professor Dweck — this time virtually — and find out where the issue stood now. How resilient was she feeling in the face of some of these criticisms? Do mind-sets have anything to offer us in this time of great uncertainty and fear?

In an interview from her California home, Professor Dweck said she hesitated to discuss mind-sets as a panacea in the current crisis.

“I get at least two podcast invitations per day, and I do not accept any of them,” she said. “I’m not a Covid expert, and I don’t want to seem to be saying when people are sick or losing their jobs, ‘just have a growth mind-set.’”

But she and other mind-set researchers did want to see if they could learn anything during this time that could be useful in the future, and began interviewing teachers and administrators on the front lines.

High school teachers in cities around Texas, including Houston, El Paso and Fort Worth, who had studied in a growth mind-set program, said students with more of that mind-set were able to adapt faster to online learning. And the teachers themselves are using what they learned to guide students; as one teacher said in an Education Week article, he tried to make sure his students were comfortable enough to discuss their struggles “That’s the big thing from growth mind-set. What do you do when you have that struggle? I try to push onto them, ‘you use it as a learning opportunity. You ask questions, you can’t just give up.’”

As far as criticisms of her work, Professor Dweck said it had spurred her to do more and deeper research on mind-sets. But she also acknowledges things change when theory becomes practice.

One thing she and other researchers didn’t anticipate was the many nuances that could be lost when practiced in the classroom.

For example, one major part of developing a growth mind-set is focusing on effort, rather than results. But in the classroom, too often that translated into a teacher simply praising a student’s efforts without offering new approaches to solve the problem or overcome the obstacles.

“’Just try hard,’ they would say to the students,” Professor Dweck said. “Well, OK, effort is one of the ways you can develop your abilities, but there are also strategies and support from others. An exhortation to try harder, especially in a culture that believes if you had ability you wouldn’t have to try hard will not be effective.”

Ultimately, effort is “supposed to foster learning,” she said. “It’s not just a consolation prize.”

And then there was the problem that the notion of a fixed mind-set had become so negative that teachers and students were ashamed to admit they had them.

“So, they professed a growth mind-set even when they didn’t fully understand or believe it,” Professor Dweck said.

So, what how should we try to develop a growth mind-set?

The next big challenge in mind-set research is understanding when and under what circumstances growth mind-set works and how to create skills and opportunities to sustain it. “We call it the next Mount Everest,” Professor Dweck said.

This article, the one you are reading, proved to be a mini-Mount Everest for me. Somehow I couldn’t get it right. My editor offered some helpful comments, but a second try also fell flat. My first thought was “Oh forget it — this just won’t work.” The second thought was an internal wry smile and an acknowledgment that I wasn’t demonstrating much of a growth mind-set. Back to the computer.