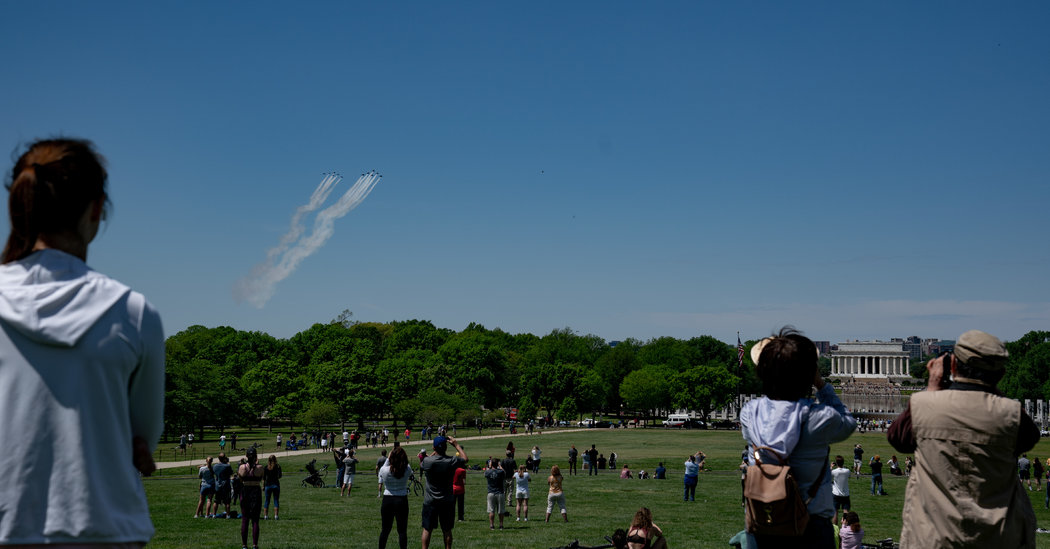 Is it OK to admit that I’m grateful for the isolation of the past few months? Because I am. I’m relishing this liminal space, this Great Global Pause.

I’ve been in mourning since last August when my adored doorman, Dave Burton, who always helped me zip up my dresses, died of prostate cancer. Nearly two months later, my friend Andy suffered a fatal stroke. Not long after that, another close friend, Diane, succumbed to ovarian cancer. Then, on March 1, my 53-year-old sister, Hillary, died suddenly, leaving behind a daughter, a husband and a Silicon Valley career.

My parents, brother and I were lucky enough to be able to fly to San Francisco for the funeral. But because of social distancing and the risk of infection, we canceled the shiva. It was devastating — you want to surround yourself with people during a time like that, you want to embrace friends and family in person. But we couldn’t.

And yet, so many others are in similar, or worse, positions. Many of them can’t even hold a funeral. The world is bereft. We’re united in loss.

Everyone knows someone who’s ailing or who has died from coronavirus. Or else they’re hearing about them on the news, like the story of my lovely friend Dr. Lorna Breen, who played cello with me in the New York Late-Starters String Orchestra. Lorna was on the front lines in the emergency room but ended up taking her own life. Everyone is grieving something: A person. A business. A graduation. The ability to inhale without a face covering.

We’re all in the same boat. Or at least, we’re all in boats. Some are bigger, some are smaller, a few will capsize, and others are parked in the Mediterranean. Wherever we’re anchored, we’re all in foreign waters together. It’s like Hands Across America, but with masks, gloves and a six-foot berth.

Yet since the pandemic hit, I’ve never felt less alone, even though I live by myself. I came down with symptoms of the virus in early April and didn’t leave my apartment for 25 days. It was terrifying. In addition to the headaches, dizziness, nausea and sore throat, it felt like Dom DeLuise was doing the hora on my chest. I felt obligated to survive; my parents couldn’t lose another child. But I live in a building with a super and doormen and nearby friends who took great care of me. They brought me orange juice. They left my packages at my door. They checked in after the E.M.T.’s came and talked me through my angst. I wasn’t alone.

There have been other benefits, too. As someone afflicted with a mild case of FOMO, or fear of missing out, I’ve long been convinced that the world was at a giant party to which I haven’t been invited. It’s not that I necessarily wanted to attend; I just wanted to be asked.

Sanctioned sequestration has pretty much quashed those feelings. There’s no FOMO when there’s no MO. I no longer feel like everyone’s hanging out without me, because they’re not. Except maybe on Zoom, but that thrill wore off after I learned how to change my backdrop.

Since we began sheltering in place, I feel less pressure to do it all. I’m insulated from my own ambition, from minor social anxieties, from the demands of routine urban existence. Now that I feel better physically, I’m practicing my cello. I’m watching “After Life” and finally reading “Hamilton.”

The city is quiet, and the imposed seclusion has given me room to grieve without distraction. Let’s face it: One of the big hurdles right now is that we’re forced to confront ourselves head on. There’s no theater. No dining out. No shopping for items you think will make you happy but won’t (think: scented candles). It’s just us, and our pain.

Lockdown is conducive to sorrow. We’re having real conversations about loss and heartache and death and despair. We’re discovering the difference between solitude and loneliness. As someone who’s always been hyper attuned to mortality — perhaps to a fault — I find it refreshing. The universe is finally on my page.

My mother recently told me that after her mother, my grandmother, died, she wanted to scream from the rooftops, from her car, from the produce aisle at Publix, “MY MOTHER IS DEAD!” Her friends were sympathetic, of course, they said and did the right things. But the trauma wasn’t the same for them. How could it be? It wasn’t their relative. Unfathomable though it was, the world didn’t stop.

I keep wondering what W.H. Auden would make of these last few months, whose oft-quoted poem “Funeral Blues” includes the lines:

Stop all the clocks, cut off the telephone,

Prevent the dog from barking with a juicy bone,

Silence the pianos and with muffled drum

Bring out the coffin, let the mourners come.

Scribbling on the sky the message ‘He is Dead’.

Put crepe bows round the white necks of the public doves,

In a sense, Auden got his wish: The clocks have basically stopped; no one knows what day it is. The traffic policemen may not be wearing black cotton gloves, but they are wearing rubber ones. Airplanes “circle moaning overhead,” filled not with cheery folks on glamorous vacations, but with military personnel saluting front-line workers.

To paraphrase Auden, it really does feel like we’ve put out every star, packed up the moon, and dismantled the sun.

I’d like to think that whenever our “new normal” comes, whatever it looks like, I’ll be more grounded, less critical of myself, less worried about missing out. But who knows? The body forgets so quickly.

Meanwhile, I take comfort in unity, in the sense of solidarity. And every night at 7, I lean out of my window and join in the whoops and whistles, the claps and clangs. I listen to the honking horns, the shouts of gratitude, and for a good five minutes I cry. For my sister. For my friends. For all of us.

Abby Ellin is the author of “Duped: Double Lives, False Identities and the Con Man I Almost Married.”