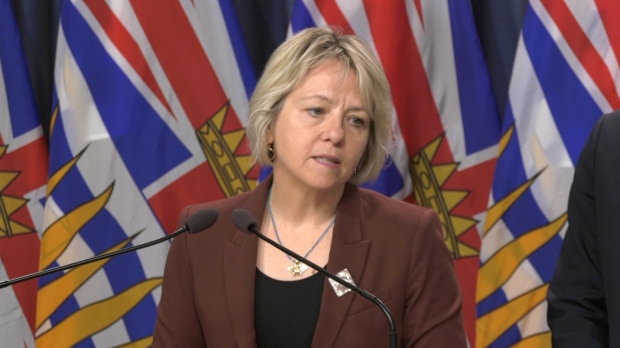 VANCOUVER — The first Canadian death in connection to COVID-19 has been recorded in B.C., health officials announced Monday.

One of the residents of a care home in North Vancouver’s Lynn Valley, whose case was announced Saturday, died on Sunday, provincial health officer Dr. Bonnie Henry and Health Minister Adrian Dix announced during a news conference.

“This is obviously a very sad day for all of us, but especially for the family and loved ones of the man who passed away,” Dix said.

When the provincial health ministry announced new cases of COVID-19 on Saturday, it mentioned that two residents of the North Vancouver long-term care home were among the new patients. Health officials understand they got the virus from a care home worker, who also works at other facilities in Metro Vancouver.

Vancouver Coastal Health is conducting an in-depth investigation to track where else the infected employee may have worked, and the care home is following its outbreak protocol, meaning it will be curtailing the number of people moving in and out of the facility.

At Monday’s news conference, officials also announced five new confirmed cases of COVID-19 infection. Three were confirmed at the same Lynn Valley care home, including another health care worker tested positive and she is now in isolation at her home in the Fraser Valley.

The final two new cases announced Monday are close contacts with each other – a man in his teens and another man in his 50s.

Those five new cases bring the provincial total up to 32.

“We want everybody to stay home if they’re sick, even if they have the sniffles … even if you have no relationship to COVID-19,” Henry said, adding that visits to long-term care homes won’t be banned.

“Long-term care homes, are homes … if you need to be with somebody and you’re not feeling well, let the care home know.”

Over the weekend, parents at two Surrey schools were sent letters alerting them to incidents involving people who have been diagnosed with COVID-19.

Parents and guardians of students at Serpentine Elementary School were advised that that someone now diagnosed with the virus had been inside the school gym as part of a community-use rental. The letter confirmed the patient was not a student of the school and the risk to students was low, as a deep clean was done at the school over the weekend.

Meanwhile, a letter was also sent to the Sullivan Heights Secondary School community on Sunday, which said someone with a now-confirmed case of COVID-19 is a member of the school community. It’s not known it was a student or staff member, but as that person wasn’t showing symptoms while they were at the school, health officials said the risk was low there as well.

“The message that I think is so important is, you need to stay home when you’re sick,” Henry said on Saturday. “If you’ve travelled, even if you haven’t travelled, we are in an extraordinary situation. We need everybody to be aware, to look after their children, if you or your children are sick, stay home.”

Nationwide, there more than 70 confirmed cases of COVID-19. As of 10:30 a.m. Monday, 34 cases were confirmed in Ontario, four in Quebec and four in Alberta.