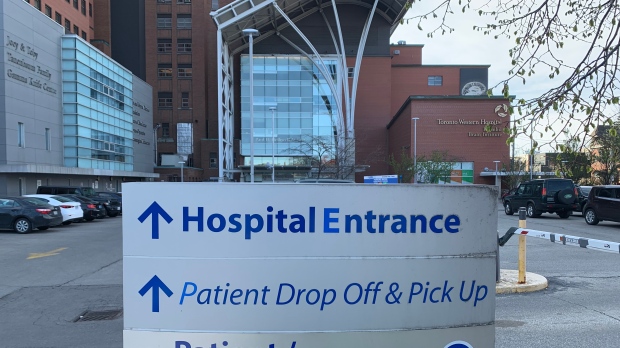 She said that as of yesterday there have been 79 staff members who have tested positive for the virus at the hospital, all but 16 of which have since fully recovered.

She said that 19 patients have also tested positive for COVID-19 at Toronto Western Hospital, ten of whom remain hospitalized.

The affected units include two COVID-19 specific areas and two other hospital units.

All of the affected units have been closed to new admissions for the time being and have undergone extensive deep cleaning, Howard said.

“These outbreaks speak to the critical importance of physical distancing (wherever possible), proper donning and doffing of PPE (Personal Protective Equipment), and hand hygiene,” the hospital said in a memo that was sent to staff on Monday night. “They also reinforce our move to universal masking (March 23) and face shields (April 29).”

The hospital says that it will be conducting voluntary testing on all staff at Toronto Western “in the coming days.”

It also says that it will be moving some urgent and emergent surgeries to Toronto General “out of an abundance of caution.”

Since the outbreaks were declared on April 18 and April 30, there have been two deaths in patients who had contracted COVID-19 at Toronto Western.

The total number of COVID-19 positive patients in hospitals across the University Health Network is 78. Thirty of those people are currently in intensive care units.

It should be noted that a number of GTA hospitals have previously reported COVID-19 outbreaks, including North York General Hospital, the Hospital for Sick Children and St. Joseph’s Health Centre.