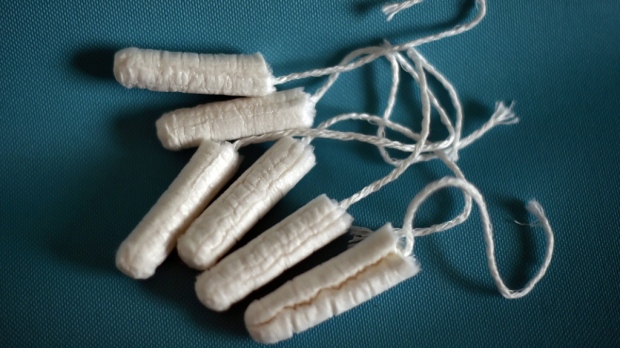 POITIERS, FRANCE — The French government said Tuesday it would make period products free for students, joining a global drive to end “period poverty” — the inability to pay for menstrual protection.

She added that the government aimed to make period protection “completely free of charge” for all by the start of the next academic year in September.

In November, Scotland became the first country in the world to make period products free for all, blazing a trail that inspired feminists and anti-poverty campaigners around the world to also take up the issue of period poverty.

In England, free period products are available in all primary and secondary schools — a move New Zealand said last week it too would implement.

In December, President Emmanuel Macron had promised to also address the issue of period poverty.

Commenting on the plight of homeless women, he noted that “the fact of having your period in the street and to not be able to buy something to protect yourself and preserve your dignity” added to the humiliation they suffered.

The move to make sanitary protection free for students comes amid a growing focus on youth poverty following shock images of food banks being swamped by hard-up students due to the Covid-19 pandemic.

Many students say they are struggling to make ends meet after losing part-time jobs in cafes and restaurants which have been closed for months due to the health crisis.