You Are Here Home Health News From Coughing Fits to Closings, Cultural World Girds for Coronavirus 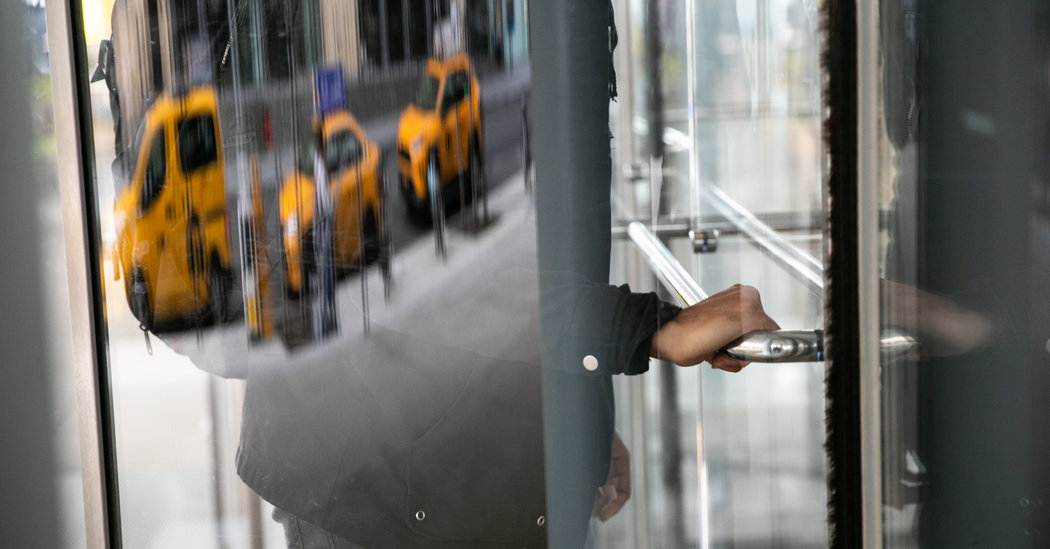 Ushers in some theaters are wearing latex gloves. Museums are installing hand sanitizer dispensers as if they were pieces of art. Audience members are being told: If you have a cough, please, trade in your tickets and stay home.

As the coronavirus spreads in the United States, theaters, museums and concert halls are hyperaware that their establishments could become petri dishes for a virus that is spread person-to-person through respiratory droplets.

These institutions are nervously looking at what has happened overseas, in places like China and Italy, where museums have been closed, concerts canceled and movie theaters shuttered.

In the entertainment industry, where ticket sales are often critical to financial survival, companies are hoping that the outbreak doesn’t get significantly worse. But administrators are already steeling themselves for every imaginable scenario: public health officials’ prohibiting large gatherings, patrons’ deciding that a night at the theater is too much of a risk, performers too ill to take the stage.

Labor tensions are possible, too. Unions say they will work to ensure their members have protections on the job and are paid even if they cannot work. In Paris, the Louvre closed for more than two days for negotiations between workers and officials. One agreement to come out of the talks is that guards will no longer have to circulate in the packed room where the Mona Lisa hangs.

“Everyone is exploring what to do if things get worse,” said Jennifer Bielstein, the president of the League of Resident Theaters, a national organization.

Most institutions are familiar with what happens if a storm or strike interrupts their operations, but a viral epidemic is new territory. Jan Newcomb, the executive director of the National Coalition for Arts’ Preparedness and Emergency Response, has advised organizations on how to survive hurricanes, tornadoes and fires, but never an epidemic.

That means many museums, theaters, music venues and dance companies are having to educate themselves on what a viral outbreak will mean for their businesses. Do their insurance policies cover infectious diseases? If performances are canceled, will artists be paid? For how long?

For now, as coronavirus cases tick upward in Washington State, California and New York, it’s generally business as usual at museums and theaters — but with much more disinfectant.

Institutions have adopted a variety of creative tactics to help avoid becoming sites for disease transmission. At the Whitney Museum of American Art in New York, the maintenance workers have doubled the number of times per day that they clean door knobs, railings and other surfaces. The Hammer Museum in Los Angeles has its staff opening doors so that visitors don’t have to touch anything.

The Westport Country Playhouse in Connecticut has issued its ushers cotton gloves, and the American Conservatory Theater in San Francisco has reminded ushers that they don’t have to physically take tickets from people — just scan them. At New York Theater Workshop, patrons who “demonstrate severe coughing or other flulike symptoms” can be asked to leave.

Occasionally, at Broadway theaters, ushers hear from audience members who want to change seats because a person next to them is coughing, said Charlotte St. Martin, the president of the Broadway League.

“If they can move them, they do,” she said. “People are nervous, but not nervous enough to leave.”

Institutions often post signs reminding visitors to wash their hands. Some try to make disease prevention seem more fun than it is.

TheatreWorks Silicon Valley has made it easy for patrons to exchange their tickets for another date.

And the American Guild of Musical Artists, a union that represents performers, is working with dance companies to make sure dancers are encouraged to stay home when they have viral symptoms, since it isn’t possible to eliminate physical contact during their rehearsals.

For the Metropolitan Opera — which relies heavily on singers, directors and other artists who live and work around the world — the coronavirus crisis poses special challenges. The company issued new guidelines this week telling both employees and visiting artists who have recently been to a country flagged for coronavirus outbreaks by the Centers for Disease Control and Prevention not to come to work at the Met for 14 days. That includes people who visited Italy, an opera capital. (On Thursday, the city asked all New Yorkers who had been to those countries to isolate themselves.)

That may mean changing flight plans or rehearsal schedules so that artists can fit in a two-week quarantine, Diane Zola, one of the Met’s assistant general managers, said in an email this week to artists’ representatives.

The spread of the virus has also raised questions about how artists and other staff members of arts organizations would be paid if their events had to be canceled.

A company could invoke a provision of a union’s collective bargaining agreement called “force majeure” in the case of unforeseen circumstances, like a natural disaster, said Len Egert, the executive director of the American Guild of Musical Artists. In that case, the company would cease operations and the union would fight the invocation or negotiate with the company over workers’ pay and benefits. A critical issue in the coronavirus crisis, Mr. Egert said, will be maintaining workers’ health insurance.

When it comes to the prospect of temporarily shuttering during the outbreak, organizations generally say that they are relying on the direction of the local and national public health authorities.

“It is our expectation that we would only close because of a government mandate,” said Susan Medak, managing director of Berkeley Repertory Theater, in California.

A direct order from the government can in many cases determine whether insurance covers institutions closed down by the virus.

If a Broadway production cancels shows voluntarily, it will not receive coverage for loss of income. But with a government mandate, losses incurred after two closed shows could be covered, said Peter Shoemaker, a managing director at DeWitt Stern, an insurance brokerage firm that works with Broadway shows as well as ballet companies and other performing arts organizations.

Some insurance carriers for arts groups have policy language that is more flexible, allowing coverage for cancellations caused by communicable diseases, while others are more restrictive, requiring physical damage to the building or surrounding area, said Kevin Sullivan, a client executive at National Trust Insurance Services. Insurance specialists say that new event cancellation policies are starting to explicitly exclude Covid-19, the disease caused by the new coronavirus.

So far, none of the American authorities have ordered closures. In the Seattle area, a hot spot for the virus, the Museum of History and Industry, for one, is staying open, with additional cleaning measures, especially for hands-on elements: buttons, small doors that are part of exhibits, a periscope that visitors use to look out on the city (by pressing their face against the eyepiece).

Coincidentally, the museum has an exhibition that recalls a mass shutdown of theaters in the city during the Spanish flu epidemic in 1918. (During the same epidemic, Broadway theaters kept their doors open.)

Historically, these measures are considered to have contributed to the decline of the flu in Seattle, said Leonard Garfield, the executive director of the history museum. Organizations are mostly in the planning phases when it comes to coronavirus response, but for some, the tangible effects of the outbreak are starting to reveal themselves.

Mariah Carey postponed her concert in Hawaii. The new James Bond movie, “No Time to Die,” was delayed, a move that prompted many in the film industry to guess that other studios would follow suit. But thus far, no other release date changes have been announced in the United States.

“There is nothing perceptible in the marketplace that suggests people are staying away from movie theaters,” said Paramount’s president of domestic distribution, Chris Aronson.

At the French film festival at Lincoln Center, which started on Thursday, screenings are continuing, but most appearances by actors and directors were canceled because of travel restrictions.

The American Museum of Natural History said it has seen “some softness” in attendance. And Peter Gelb, the general manager of the Metropolitan Opera, said that the company had also seen a slight drop in advance ticket sales and that some cinemas in Switzerland and Japan had canceled screenings in the Met’s popular series that transmits operas to movie theaters.

Gelb said that forced closures would cost the company millions of dollars, and that with a budget of over $300 million a year, box office revenue is vital to the company’s survival. He said that he hoped that panic would not keep people away from the arts world while the threat level was still relatively low.

“It would be a shame if an abundance of caution destroys the theatrical economy of New York City,” Mr. Gelb said, “and the rest of it as well.”