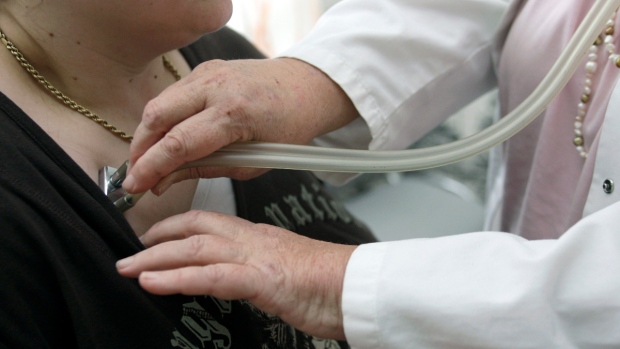 Female doctors in Canada consistently earn less than their male colleagues because of systemic biases that pervade the medical profession, a new analysis suggests.

An article published in the Canadian Medical Association Journal suggests that female doctors are underrepresented in top-earning medical specialities and paid less for equivalent work because of structural inequities that follow them throughout their career.

“That pay gap exists both within every medical specialty and also between specialties.”

Kiran and co-author Dr. Michelle Cohen of Queen’s University used publicly available data to examine the relationship between the proportion of women in a specialty and average earnings across Canada.

They found that women account for less than 35 per cent of doctors in the 10 specialities with the highest incomes, including radiology, ophthalmology and cardiology.

By contrast, female doctors made up roughly half or more of the workforce in lower-paying specialities, such as family medicine, psychiatry and pediatrics.

Female doctors also earn less on average than their male counterparts within the same field, the authors noted.

According to an analysis of data from the Ontario Medical Association, men in family medicine make 30 per cent more than women, while the gender discrepancy for specialists was 40 per cent.

Kiran said it’s a common misconception that women in medicine earn less because they work less.

While the data suggests that female doctors work slightly fewer hours a week, particularly during their childbearing years, the difference over the course of their careers isn’t enough to account for the pay gap, said Kiran.

Rather, she said, the disparity in earnings is a result of conscious and unconscious biases that systemically devalue women’s work.

Kiran said the issues start as early as medical school, where women encounter a “hidden curriculum” that points many toward lower-paid specialties. She said there’s also some research indicating that as the proportion of women in a specialty grows, its relative income declines, giving rise to a “pink-collar” tier of medicine.

She said the problems persist through the hiring process, which is often facilitated by informal male networks. These power structures often perpetuate themselves by giving men a leg up in rising through the ranks to leadership positions, she said.

“We know that women actually have a lower starting salary in reality, and so the existence of bias reinforces these stereotypes,” said Kiran.

“Women can sometimes see themselves as being less capable of negotiating higher pay. But then they’re also more likely to experience consequences from actually trying to do so.”

She said gender-based discrimination is even built into Canada’s fee-for-service pay schedule.

A study of Ontario’s system published in JAMA Surgery found that between 2014 and 2016, female surgeons earned 24 per cent less per hour spent operating than male surgeons, despite there being no significant gender difference in the time spent performing common procedures.

Rather, researchers found that female surgeons disproportionately operate on women, and many of these procedures are priced less than comparable operations for men.

For example, Ontario pays surgeons $50.90 for an incision under general anesthetic of a vulvar abscess — nearly half of the $99 for a scrotal abscess.

“The gender pay gap is at its core a multifaceted issue,” said Kiran, “and so the solutions really are multifaceted as well with many different actors.”

Kiran and her co-author suggest actions including anti-oppression training, increasing transparency in hiring and referral practices and improving parental leave policies. She also urged authorities to reevaluate pay schedules to rectify gender-based inequities and reward the time spent caring for a patient rather than simply the number of procedures performed.

Dr. Clover Hemans, national president of the Federation of Medical Women of Canada, called for more research on how the gender pay gap affects non-binary people, and how it intersects with other identities, including race, disabilities and sexual orientation.

Discrimination in medicine isn’t just a question of how doctors are compensated, said Hemans. It also has meaningful impacts on health outcomes for Canadian patients, she said.

“If there’s going to be a silver lining to … a global pandemic, it’s that people are questioning what’s been taken as the norm. And I’m really hoping that we don’t go back to the status quo,” said Hemans.

“I’m hoping that they go back to increased outcomes for everyone by actually looking at this question more critically as to how can we do better than we currently have.”

This report by The Canadian Press was first published Aug. 31, 2020

What to Know: Breakthrough Infections

Veterans Affairs makes covid-19 vaccines mandatory for most health workers, making it first federal agency to do so