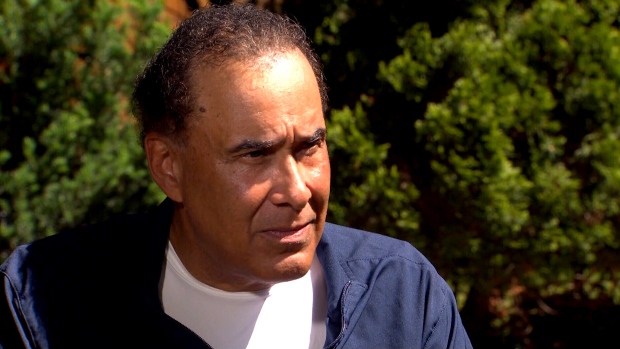 TORONTO — Despite the iconic tagline “keep fit and have fun,” Body Break founder Hal Johnson says the idea for the health and fitness segment wasn’t rooted in fitness, but a personal desire to combat racism and a lack of diversity in the Canadian media landscape.

On Monday, the Canadian television personality became the latest celebrity to open up about his experience with systemic racism.

In a four-minute YouTube video, Johnson revealed he was hired by TSN to be a sports reporter in 1988 only to be fired hours later because the network already had a Black reporter and executives didn’t want to have two.

Speaking to CTV’s National Affairs Correspondent Omar Sachedina on Tuesday, Johnson said this and other experiences early in his television career opened his eyes to the lack of diversity in Canadian media — a realization that would go on to shape Body Break.

“It’s important to advocate for women, for persons with disabilities… Those are things that I think are really important,” Johnson said.

“We’ve thought about that for all these years of Body Break, to have diversity and advocate for someone other than yourself.”

“We apologize to Hal Johnson for the racism he experienced at TSN beginning in 1988, a shameful part of our past, and thank him for sharing his story as a reminder of the impact of racism in Canadian media that continues today. We recognize that even 30 years later, there is still much work to do to improve our commitment to on-air and editorial diversity,” read the statement.

“As a first step, TSN is part of Bell Media’s recently announced Content Diversity Task Force, which as part of its mandate is committed to amplifying voices from BIPOC (Black, Indigenous, people of colour) on-air talent.”

Johnson said his decision to break his silence about his personal experience with racism comes at a time of turmoil for the Black community.

But he says doesn’t consider himself a victim. In fact, he hopes the discussion will instead be focused on what a positive effect Body Break has had on Canadians.

“I wasn’t looking for an apology. I’m not a victim. I’m someone that hopefully is contributing in a positive way to Canada,” he said.

Johnson says that these lessons go beyond race, noting that he often sees wife and Body Break co-star Joanne McLeod being dismissed in meetings because she is a woman.

In fact, the couple was initially met with resistance when shopping Body Break around to Canadian companies, and were told the Canadian public wasn’t ready for a Black and white couple.

“We haven’t wanted to yell and scream at you, ‘You should do this.’ You do it in a subtle way if you change the hearts and minds. It’s a lot easier than trying to hit them over the head of the club,” he said.