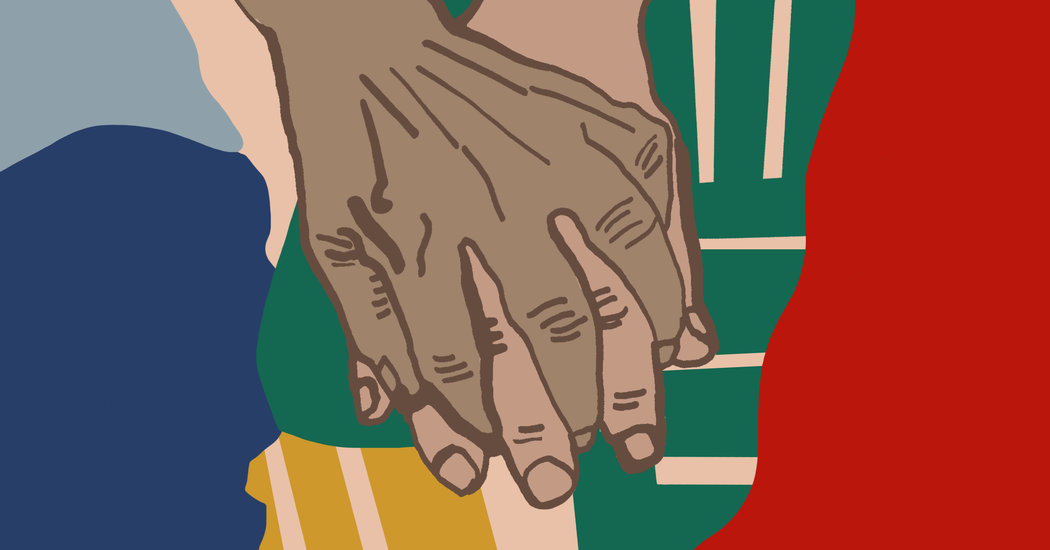 I was mentally prepared for the call I would receive someday notifying me of my elderly father’s death from one of his many chronic ailments. I would allow emotions to wash over me like a waterfall, then spring into action contacting family, friends and the funeral home.

What I was unprepared for was the day I received a phone call from my father’s skilled nursing facility asking for permission to provide him contraceptives.

“Your father has made a new lady friend here and we want to know if we should provide him protection,” said the social worker on the phone.

I held the phone away from my ear for a moment as I tried to hold back my urge to dry heave.

“Let me get this straight. My dad wants to get it on with his new ‘lady friend,’” I said back to the clearly mortified social worker.

I knew my father had been socializing with a woman he had met at bingo one night a few weeks before. However, I hadn’t realized their relationship had progressed so quickly. In a matter of weeks the casual nightly bingo game and eating breakfast at the same table turned into “kissing and heavy petting” in one of the nursing home’s TV rooms.

“Are you saying my dad rounded third base with this lady in a nursing home common area?” I asked tersely.

She responded with an awkwardly quiet, “Yes.”

“And now my dad wants to score a home run?”

I always knew my dad was a needy man. I have muddled memories of my parents’ closed-door arguments about my father’s extracurricular activities with other women.

I knew that his behavior would have brought my mother a combination of anger, humiliation and crippling shame. She died in 2017 in the same skilled nursing facility where my father met his new lady friend.

This was not his first romance. There was the woman who lived in the room next to him. They began dating and were engaged three months after my mother died. She then died from a brain tumor. Then there was the short-term rehabilitation resident he connected with. She left before things heated up. And now he had a new relationship.

Once I got my bearings I informed the social worker my father was not to be given protection or conjugal visit privileges until I had an opportunity to discuss this matter with him. He has some cognitive limitations, and I wanted to make sure he could comprehend the matter and understand the road he wants to travel with a woman he met just a few weeks ago.

I have been in the role of parent to my parent for quite a while now. However, it is still cringeworthy to hear your father wants to be sexually active and that I need to have a conversation with him about safe sex.

Between the abundant use of potent erectile dysfunction medication, postmenopausal estrogen and progesterone creams and the absence of the fear of pregnancy, the elderly can be an amorous group of risky sex participants, spreading sexually transmitted diseases.

I always knew I would be having these types of conversations with my children, preparing them to make informed, rational decisions about sex. I attempt to be transparent with my kids when it comes to puberty, sexual relations and all things brutally awkward for a child to hear their parents talk about. But broaching this topic with my father, who is over 80, felt even tougher.

My father never talked to me about sex. That topic was not to be discussed in our home. The same went for subjects like drugs, smoking and sexual orientation. Discussing sex with a family member was uncharted territory for us.

I turned to Google and searched for, “Icebreakers for when you have to talk to your elderly dad about safe sex.” Unfortunately, this proved fruitless.

Text or email, my go-to modes of eye-contact-free communication, wouldn’t work — my dad doesn’t have a cellphone or a computer.

I contemplated pulling out some talking points from the American Girl book, “The Care & Keeping of You,” which I purchased when my daughter was in fourth grade to help her (and me) navigate puberty, or kicking off “the talk” with visual aids showing how sexually transmitted diseases from unprotected sex ravage your body. But I worried that might be a bit too graphic for both of us.

There was nothing I could think of to lessen the excruciating embarrassment we would both feel while discussing the critical importance of using protection while having consensual intercourse in a skilled nursing facility with a fellow elderly patient you have known for only a few weeks.

Finally, I summoned the courage and phoned my father early one afternoon, determined to discuss the situation. The phone rang, and rang, and then he picked up. We exchanged pleasantries and soon he began discussing his lady friend. He said how much he loved her and how happy she made him. He went on to say he was very sad because she had been discharged the previous morning. She had been staying at the skilled nursing facility temporarily as a rehabilitation patient after spending time in a hospital. But her Medicare coverage for rehabilitation had expired, and she was gone.

I empathized with his pain and loneliness, but selfishly I knew I had dodged a bullet. I gave an audible sigh of relief that I didn’t have to have the sex talk with my dad. (We have since discussed it and he has consented to my writing about this.)

Then my father went on to tell me that another woman had been admitted that morning. He commented on how “lovely, charming and kind” she was to him and how he planned to invite her up to play bingo.

After our call, I went up to my daughter’s room and got out her copy of “The Care & Keeping of You.” I have a feeling I am going to need it.

Stacey Zapalac is a Chicago-based writer.