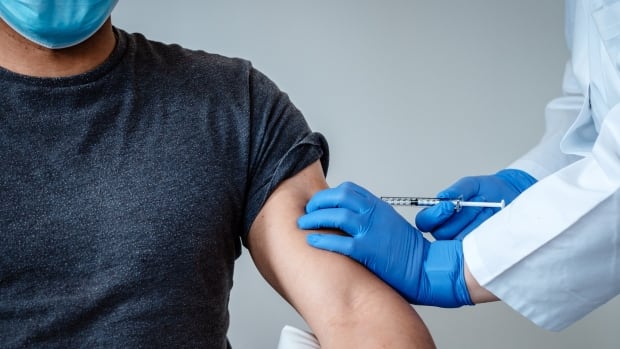 The federal government has given the green light to Pfizer’s COVID-19 vaccine, a key step toward launching the biggest inoculation program in Canada’s history.

“The data provided supports favourably the efficacy of Pfizer-BioNTech COVID-19 vaccine as well as its safety,” the department said in its report authorizing use in Canada.

“The efficacy of the vaccine was established to be approximately 95 per cent. The vaccine was well tolerated by participants and has no important safety concerns. The benefit-to-risk assessment for Pfizer-BioNTech COVID-19 vaccine is considered favourable.”

Canada is just the third country in the world to authorize the vaccine, after the United Kingdom and Bahrain. The U.S. Food and Drug Administration will decide tomorrow whether the vaccine is safe for use in the United States.

Public health and government officials will hold a briefing to discuss details of the vaccine rollout at 1 p.m. ET in Ottawa. CBCNews.ca will carry the press conference live.

On Monday, Prime Minister Justin Trudeau announced that several hundred thousand doses of the Pfizer vaccine would be available in Canada before the end of the year — shots primarily earmarked for long-term care home residents and the staff working there.

Long-term care homes to be among first to get vaccine

The Pfizer trial had more than 43,000 participants — one of the largest such trials ever conducted — and regulators found that the vaccine’s efficacy was consistent across age, gender, race and ethnicity demographics.

The vaccine is based on groundbreaking messenger RNA technology, or mRNA, which essentially directs cells in the body to make proteins to prevent or fight disease.

The shot was found to be 94.7 per cent effective among clinical trial subjects who were over the age of 65 and who had no prior COVID-19 infection — a significant finding, given most novel coronavirus-related deaths in Canada have been reported among the elderly.

While the Pfizer vaccine has been given the necessary approvals, regulators conceded that the clinical trial data could not establish the long-term efficacy of the vaccine.

It is not yet known how long the vaccine-induced immunity will last but Health Canada said it will implement a robust “risk management plan” to monitor immunity and gather data on when it begins to wane. The regulator will also track any “adverse events” that follow immunization.

Cole Pinnow, the president of Pfizer Canada, said Health Canada’s approval means the country can start to return to a sense of “normalcy,” with millions of Canadians  set to be vaccinated over the coming months.

“We commend Health Canada for its careful and thorough assessment of our COVID-19 vaccine and timely action to help protect Canadians,” Pinnow said.

Maj.-Gen. Dany Fortin, the military commander who is leading vaccine logistics for the Public Health Agency of Canada, has said the national operations centre would be ready to deploy vaccines shortly after they’re approved in Canada.

Fortin has been leading a series of dry-runs with the provinces and territories to ensure they are prepared to distribute the extremely heat-sensitive Pfizer shot, which must be stored at temperatures between –80 C and –60 C.

Canada is expected to take delivery next week of vaccines produced in Puurs, a small town in the north of Belgium that will be churning out hundreds of millions of doses of the co-developed Pfizer-BioNTech vaccine for the European Union, Canada, Japan and the United Kingdom over the next 12 months.

Trudeau said up to 249,000 doses of the two-dose vaccine will be on hand by year’s end to start the mass inoculation campaign, which is expected to take many months to complete.

The first doses will arrive as some provinces — notably Alberta, Manitoba, Ontario and Quebec — grapple with a sharp increase in COVID-19 cases and deaths.

Because the Pfizer product is so temperature sensitive, Pfizer is shipping it directly from its plants to 14 points of use throughout Canada to limit movement and keep the vaccine stable.

The vaccines will be distributed to jurisdictions on a per-capita basis, meaning each province will receive vaccine doses in numbers proportionate to its share of the population. The vaccine will not be sent to the territories for the time being as they now lack the capacity to safely store the Pfizer product.

While the exact location of each of the 14 distribution centres has not yet been disclosed, some provinces, including Newfoundland & Labrador, have said the Pfizer product will be stored at major hospitals in urban areas.

The national advisory committee on immunization (NACI) said last week the limited initial quantity of doses should be reserved for people who are most at risk of contracting the virus and developing severe symptoms — elderly residents of long-term care and assisted living facilities, retirement homes and chronic care hospitals, and the staff who care for them.

After long-term care home residents and staff are immunized, NACI said the next priority group should be all Canadians over the age of 80.

It will be up to provincial leaders to decide who gets shots when, but Trudeau said the premiers are in agreement that the NACI guidelines should be followed and the most vulnerable should be first in line.