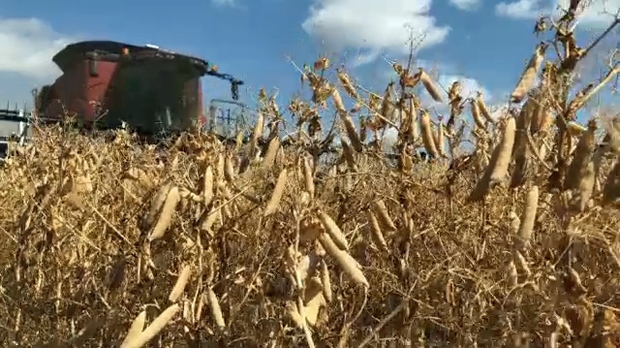 MONTREAL — Canadians can now comment on the federal government’s proposal to increase the amount of glyphosate herbicide residue allowed on certain grains and legumes until Sept. 3, Health Canada announced Tuesday — up 45 days from the original July 20 deadline.

“This [extension] is based on the level of interest and number of received to date, in addition to delays related to the COVID-19 pandemic,” reads the Health Canada website.

Glyphosate, commonly sold under the brand name Roundup, is sometimes sprayed on grain crops in order to accelerate their harvest; by killing the crop, glyphosate causes the grains to dry out more quickly. The practice is increasingly common in provinces such as Manitoba and Saskatchewan.

But the herbicide may be linked to cancer and environmental harm — although the extent of these risks is inconclusive.

Under the proposed change in regulations, traces of glyphosate residue on food may be up to three times higher than the current maximum allows, depending on the food.

Health Canada usually gives the public 75 days to comment on proposed changes to pesticide and herbicide use in the country. The deadline was extended after reports from CTV Montreal and Radio-Canada reported on the glyphosate proposal earlier this week.