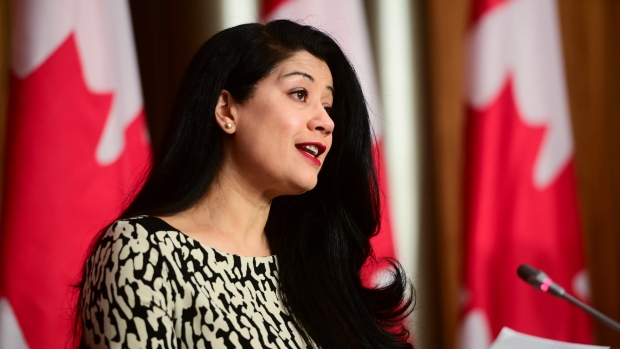 Pfizer submitted clinical data for its drug Paxlovid on Dec. 1, 2021.

“We’re in the final stages of the review. I can’t commit to a specific time but in the next week to 10 days is likely when we’ll have a decision on that one,” Sharma said in a statement to CTVNews.ca.

The drugmaker said in a press release that the pill is designed to block the activity of an enzyme in SARS-CoV-2 that is essential for the virus to replicate itself, and also help to slow the breakdown of the pill’s ingredients in order to help combat the virus for longer. Part of the pill uses ritonavir, an existing drug that has been used in combination with other antiviral medications before.

Provinces and territories have been calling on the federal government to speed up the approval process, most recently with the rise of the highly-transmissible Omicron variant of concern.

However, the agency has been clear of the steps that need to be met for a drug to be green lit in Canada – steps that don’t change with political pressure.

“Health Canada will only authorize the use of anti-viral treatments if the independent and thorough scientific review of all the data included in the submissions show that the benefits of the treatments outweigh the potential risks,” Health Canada spokesperson Mark Johnson told CTVNews.ca in a statement.

Federal Health Minister Jean-Yves Duclos told reporters on Wednesday during a COVID-19 update that the review is proceeding “swiftly, in an accelerated manner.”

“They are obviously working with international partners on making sure that this is moving swiftly and efficiently. The announcement and decision will be made very soon. As we prepare for that decision, whatever that may be, we have already secured one million doses of [Pfizer’s] treatment,” he said.

Duclos added that he’s had several conversations with his provincial and territorial counterparts to ensure that, when and if the treatment is approved, the federal government is ready to move to clinical use quickly.

In late December, the U.S. Food and Drug Administration issued an emergency use authorization for both Pfizer and Merck’s drugs.

With a file from CTV News’ Alexandra Mae Jones.