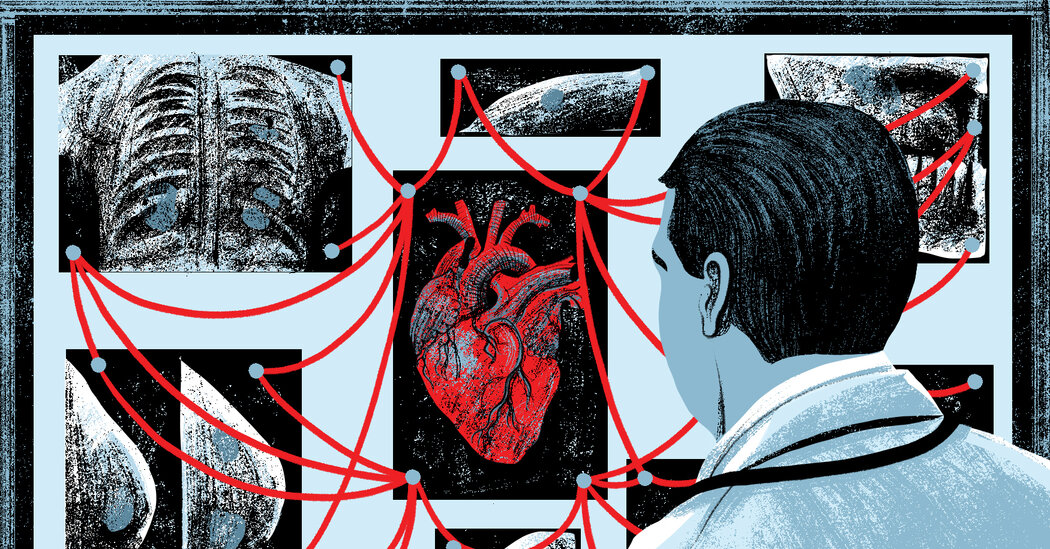 People with heart failure may be at increased risk for cancer.

Cancer patients are usually monitored for heart failure because some cancer drugs can damage the heart. Now a new study suggests that heart failure patients, who may live for many years with the condition, might benefit by being monitored for cancer.

Researchers used a German health database to track 100,124 patients with heart failure, comparing them with the same number of controls who did not have heart failure. All were cancer-free at the start, and the scientists tracked their incidence of cancer over the following 10 years. The study is in the journal ESC Heart Failure.

The two groups were matched for age, sex, age, obesity and the incidence of diabetes, although the researchers lacked data on socioeconomic status, smoking, alcohol consumption and physical activity, which are all known to affect the risk for cancer.

Still, the differences in cancer incidence between the two groups were significant. Overall, 25.7 percent of patients with heart failure were diagnosed with some form of cancer, compared with 16.2 percent of those without.

“I think it is an interesting retrospective cohort study,” said Dr. Girish L. Kalra, a senior cardiology fellow at the David Geffen School of Medicine at U.C.L.A., who was not involved in the work. “The primary shortcoming of the study is that the database did not allow investigators to control for the single greatest risk for developing cancer and heart disease: smoking. Cigarette smoking may be the common thread in this study.”

Still, while the strong connection with oropharyngeal and respiratory cancers suggests that smoking may be one explanation, the association remained robust for a broad range of cancers. The study also controlled for other factors linked to various cancers, including obesity, diabetes and advancing age, as well as frequency of medical consultations, which might lead to increased detection of cancers.

In addition to smoking, there are other possible mechanisms that could explain the link. For example, a previous study found that a well-known protein biomarker of heart disease that appears even before symptoms occur is also correlated with an increase in the risk for cancer. It is also possible, the researchers write, that chronic inflammation may be involved in both heart failure and cancer. Alcohol use has also been tied to a variety of cancers.

“There are more correlations between heart failure and cancer than just common risk factors,” said the senior author, Mark Luedde, a cardiologist at the University of Kiel in Germany. “Heart failure is not a disease of the heart. It is almost always a disease of the heart and other organs. The importance of comorbidities for the prognosis and quality of life of those affected cannot be overestimated.”

Dr. Kalra agreed. “Ultimately, the heart is a bellwether for all health,” he said. “This study supports the notion that people with heart failure are a high-risk group and warrant our closest attention. As physicians, we should make sure that our cardiac patients are getting screened for cancer at the recommended time intervals. And we should continue to nag our smokers to quit.”