You Are Here Home Health News Her M.R.I. Came Back Normal After a Seizure. Could It Be Covid-19? 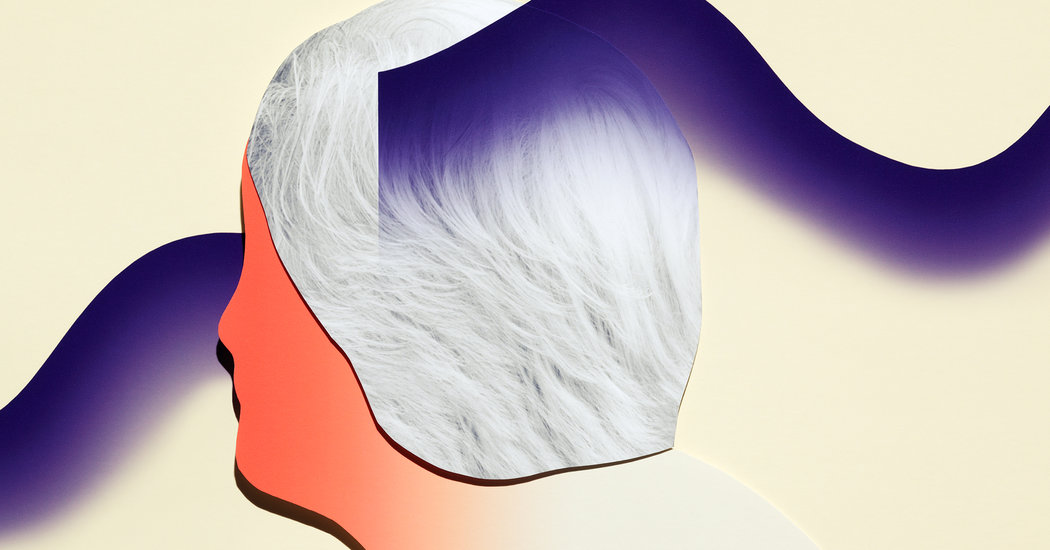 “Honey” — the woman could hear fear tightening her husband’s voice as he called out to her — “I think your mother just died.” She ran into the living room. Her 78-year-old mother sat rigid in a chair, her skin gray and lifeless. Her eyes were open but all white, as if she were trying to see the back of her own skull. Then her arms started to make little jerking movements; her lips parted as saliva seeped out the corner of her mouth onto her chin. Then her body slumped. She seemed awake but confused after this seizure-like episode.

Should I call an ambulance? the husband asked. No, his wife responded. Her mother had a complicated medical history, including a kidney transplant 12 years before and an autoimmune disease. An ambulance would want to take her to the nearby Hartford Hospital. But her doctors were at Yale New Haven Hospital — some 30 miles from their home in Cromwell, Conn. They helped the woman into the car. It was only a half-hour drive to the hospital that March 10 evening, but it seemed to last forever. Would her mother make it? Her eyes were closed, and she looked very pale.

Her other daughter worked at the hospital and was waiting with a wheelchair when they arrived. The daughters made sure that the doctors and nurses knew that their mother took two medications to keep her immune system from killing her transplanted kidney. Because of those immune-suppressing drugs, she’d had many infections over the years. Six months earlier, she nearly lost her kidney to a particularly aggressive bacterium. She’d been well since then, until a few days earlier when she came down with a cold. It was just a sore throat and a runny nose, but the couple were worried enough to move her into their home to keep an eye on her. She didn’t want to eat because of the pain in her throat, but otherwise she seemed to be doing well.

The exam in the emergency room was mostly unremarkable, though she was a little confused at times. Her kidneys were no worse than usual. Her chest X-ray was fine; there was no sign of pneumonia. The CT scan of her head was normal and provided no explanation for her seizure. Studies of her urine showed what might be an infection. And the woman’s white-blood-cell count, which would usually be sky-high if she had an infection, was instead dangerously low. There was no obvious cause of the low white-blood-cell count or the earlier seizure and current confusion. She was admitted to the hospital and started on intravenous antibiotics for a presumed urinary-tract infection.

The admitting team searched for the cause of the seizure. An M.R.I. of the brain showed nothing beyond normal age-related changes. A spinal tap showed no evidence of either a viral or a bacterial invader. After two days, the patient spiked a fever despite the antibiotics, and the team reached out to the infectious-disease doctors.

It was early afternoon by the time Dr. Thomas Holowka, a resident in his second year of training, went to see the patient. The woman’s answers were slow and uncertain. Did she have any pain when she urinated? Was she going more often than usual? For patients with bacteria in their urine, these are standard questions to determine whether those bacteria indicate a harmful infection or are peaceful residents of the microbiome. She had no pain, she told the young doctor, but she was peeing every time she coughed. And she was coughing a lot.

How long has that been going on? the resident asked. A while, the patient answered vaguely. When he examined her, the doctor noticed that she was tender over her right flank — the site of her transplant years before. The tenderness suggested an infection in that kidney. If so, she was on the right antibiotics. But that infection didn’t explain the seizure — or the cough.

Because she was immune-compromised, the resident was worried that the patient could have an infection in her respiratory tract as well. He recommended that the team get a CT scan of her lungs and blood tests to look for infections that are more commonly seen in patients who are immune-compromised. She’d been tested for the usual respiratory viruses. Should she be tested for the new coronavirus? At that time, March 13, there had been no cases of SARS-CoV-2 at Yale New Haven Hospital. There had been a couple of dozen cases of Covid-19 in Connecticut, but all of them were linked to a dinner party held in Westport, halfway across the state. It seemed unlikely, but Holowka decided to order it. And so that afternoon the patient was transferred to the floor set aside for hospitalized patients being tested for Covid-19.

Probably Not, But Maybe

Dr. Lydia Barakat, the infectious-disease specialist taking care of the patients on the Covid floor, thought the test might be overkill. The patient had the mildest cough and had experienced only a single fever spike since the antibiotics were started. She thought it very unlikely that the patient would test positive. But the family was worried, and Barakat understood why. This older woman was the kind of patient who would be particularly vulnerable if she got the virus.

The patient recalls clearly how unpleasant the test for the respiratory virus was. “I didn’t expect someone to go up my nose like that,” she told me. “I mean, wow!” The result came back just a few hours later. She was positive for Covid-19 — the second case, it would turn out, to be diagnosed that night in the hospital.

Her course was complicated. She got very sick. She stayed in the hospital a full month. She was given antimalarials, antibiotics and finally an anti-inflammatory, immune-suppressing medication. Slowly she recovered, and finally she went home.

What We Know Now

This patient came to the hospital early in our understanding of Covid-19. Now we know that this virus, like many viruses, causes the number of disease-fighting white blood cells to drop; it’s still not clear why. We also know that neurological symptoms, like headaches or the loss of sense of taste or smell, are common in Covid-19. And that seizures and confusion, while rarer, have been reported — in Wuhan and in Europe. Indeed, Barakat tells me that she and her colleagues have noticed that in older patients, neurological problems including confusion, falls and weakness may be some of the most frequent early symptoms of Covid-19.

Our knowledge of this illness — or any illness — is shaped by what we learn from patients who have the disease. With Covid-19, our inadequate supply of tests means that we’ve limited our use of them to patients who have what we already expect to see. This woman was tested only when she developed a classic sign of the infection. Yet her positive test taught her doctors something new about this disease — that it could cause seizures and confusion.

Should we test everyone who comes into the hospital? Perhaps we would learn more quickly about the symptoms of this illness. Moreover, because this patient was in the hospital for three days before being tested, dozens of health care workers and other front-line personnel were exposed.

No medical center is testing everyone right now. In New York City, all pregnant women who come into the NewYork-Presbyterian Hospital system to give birth are automatically checked for Covid. Of 210 asymptomatic women tested on admission to labor and delivery in the first two weeks of the program, 29, or nearly 14 percent, were found to have Covid-19. Early identification of these cases allowed the hospital to use their precious personal protective equipment (P.P.E.) where it was most needed. Of course, no test is 100 percent accurate, and these particular tests, experts estimate, have a false negative rate as high as 30 percent. Trusting our gut, however, or what we think we know about this new disease, has already shown us how wrong we can be.

Update April 30, 2020: After this article went to press, Yale New Haven Hospital said all patients admitted to the hospital through the emergency room would be tested for Covid-19.