You Are Here Home Health News How long will COVID-19 affect our lives? Here’s what 500+ mayors and councillors think 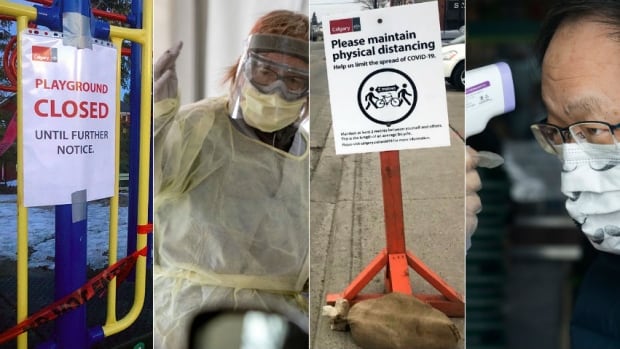 The COVID-19 pandemic has upended life as we know it and the question on everyone’s mind has been: How much longer will this go on?

New research led out of the University of Calgary offers a window into that, by asking the people who will be making many of the decisions that shape our daily lives — municipal leaders.

Researchers surveyed more than 500 mayors and councillors across Canada in early April, from towns as small as 9,000 to the country’s largest metropolises.

And if there’s one thing most could agree on, it’s that we’re months and months away from things returning to normal.

“There’s just really widespread agreement that, on all of these dimensions of the local effects of the pandemic, we’re going to be feeling those consequences for quite a long time,” he said.

Those dimensions include not just the public health effects of the disease, but the general welfare of citizens — including things like mental health and the supply chain for food and essential goods.

They also include the effects on basic municipal operations — everything from garbage collection to public transit to parks and recreation — and the economic effects, which municipal leaders expect to last the longest.

Here’s what the research tells us.

This is where there’s the most optimism among Canadian mayors and councillors — particularly those in Alberta.

Roughly 50 per cent of municipal leaders across the country thought “significant negative impacts” on public health would be over within six months. In Alberta, it was nearly 60 per cent.

Of the 65 mayors and councillors surveyed in Alberta, just nine per cent thought significant public health effects would continue for more than a year.

That compares to 30 per cent in neighbouring British Columbia, where a similar number of municipal leaders responded.

But there’s more to being healthy than just reducing the spread of the virus.

Municipal leaders were also asked how long they expected significant negative effects on the general welfare of their citizens, beyond just physical health. This includes things like mental well-being and maintaining a safe and reliable supply of food.

Here, there was more worry about long-lasting effects.

British Columbian mayors and councillors were the most pessimistic, with nearly half saying they expected the welfare of their citizens to be compromised well into 2021.

All this matters, Lucas said, because whether municipal leaders turn out to be right or wrong about what happens months or years from now, their beliefs will affect policy decisions in the coming days and weeks.

And the most long-lasting of those challenges, in the eyes of many municipal leaders, will be the economy.

Nearly two-thirds of Canadian mayors and councillors surveyed said they expect negative impacts from COVID-19 on their local economies to persist for more than a year.

In Alberta, it was even higher: 86 per cent.

With Alberta already reeling from low oil prices and the spectre of another recession even before COVID-19 arrived in the province, Lucas said it’s no surprise its municipal leaders are more pessimistic about how the pandemic will hurt the economy.

“I think that’s really clearly reflected in the results, where you see just an absolutely overwhelming majority of municipal leaders in Alberta who expect that we’re going to be feeling the negative consequences of the pandemic for well over a year,” he said.

“We have the misfortune here of having been in the midst of a very serious economic crisis before the pandemic hit and now we face this one-two punch of dealing with them both at the same time.”

How the research was done

This specific research on COVID-19 was part of a larger research project called the Canadian Municipal Barometer, which involves numerous universities across Canada and looks to “provide new insights for academic researchers, municipal policymakers, and the general public.”

The survey was conducted April 3 to 17. Unlike public-opinion polling, the sample was not a randomized group. Rather, mayors and councillors were contacted by email and invited to participate by completing the survey online.

A total of 551 individuals in 306 municipalities completed the survey, for a response rate of 16 per cent. Lucas said the proportion of respondents matched closely to the proportion of mayors and councillors in Canada, in terms of their gender, their province and the size of municipality they represent.