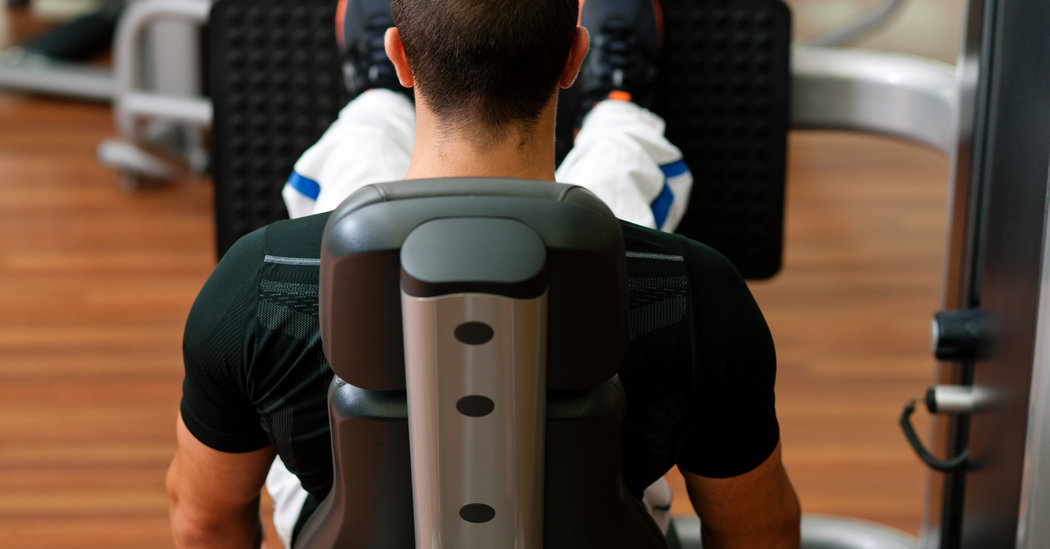 For those of us sheltering at home because of coronavirus and unable to visit the gym or otherwise weight train — which, right now, is most of us — a new study of the inner workings of our muscles should be heartening. It finds that if muscles have been trained in the past, they seem to develop a molecular memory of working out that lingers through a prolonged period of inactivity, and once we start training again, this “muscle memory” could speed the process by which we regain our former muscular strength and size.

The findings suggest, in effect, that skipping workouts now need not guarantee enfeeblement later, and if we forget what fitness once felt like, our muscles recollect.

Many of us probably think that muscle memory refers to our well-documented ability to retain physical skills even without practice. Learn to ride a bicycle and you never forget. Ditto, by and large, for hitting a free throw, skiing a mogul or starting to walk as a child. These repeated movements apparently burn themselves into our motor neurons, scientists believe, and remain available for later retrieval from our brains and nervous systems, whenever needed.

But it has been less clear whether trace memories of past exercise reside within our muscles themselves and affect how well we respond to future workouts. Past studies in animals and people suggest that they might. In a representative recent study, for instance, sedentary older men who completed 12 weeks of weight training gained muscle strength and size, much of which they lost during a subsequent 12-week layoff, but all of which returned within only eight weeks of returning to the gym.

How past exercise primes our muscles for future gains has not been clear, though. In animal experiments, muscle cells inside mice and rats develop extra nuclei when the animals train, and these specialized bits of the cell remain even if the animals stop training and lounge about. The added nuclei are thought to prepare the muscles to add strength and size rapidly when the animals return to working out.

But a few small experiments with people suggest that our muscle cells may not pack on extra nuclei when we lift weights. So, a group of Swedish researchers began to wonder recently whether alterations in the activity of genes and proteins inside our muscles might help to explain whether and why our muscles remember how to be strong.

To find out, they began by recruiting 19 young men and women who had never played sports or formally exercised at all, so that their muscles were new to formal weight training. They checked these volunteers’ current muscular strength and size, and then had them start training a single leg.

To accomplish this, the young men and women completed increasingly strenuous leg presses and leg extensions using only their right or left leg, while the other limb lollygagged to the side. These one-legged workouts continued for 10 weeks, at which point the researchers re-measured muscles, and then the volunteers stopped their training completely for 20 weeks.

After this layoff from working out, they returned to the lab, where the scientists checked the current state of their leg muscles, took muscle biopsies from both legs and had them complete a strenuous leg workout, using both legs this time. Afterward, the researchers biopsied the muscles again. Then they checked the levels of a wide array of gene markers and biochemical signals within the volunteers’ muscle cells that are believed to be related to muscle health and growth.

They found telling differences between the legs that had trained and those that had not, both before and after the lone training session. For one thing, the previously trained leg remained sturdier, having retained about 50 percent of its strength gains during the 20 weeks without exercise.

The molecular differences from leg to leg were more complex, with some genes showing greater activity in the trained leg and others less, and some biochemicals being more abundant there and others more uncommon, compared to the untrained limb. Some of these variances appeared in each leg before the workout, indicating that the trained muscles had become and remained subtly distinct, even after 20 weeks without exercise. Other molecular changes cropped up after the workout, with each leg responding a bit differently to the exertion.

Taken as a whole, the scientists concluded, the trained leg’s genetic activity suggests that its muscle cells had become genetically and metabolically more ready to strengthen and grow than the cells in the leg that had not trained before.

These findings “support the idea that muscle memory could occur at the gene and protein level,” says Marcus Moberg, an assistant professor at the Swedish School of Sport and Health Sciences in Stockholm, who led the new study.

The scientists did not track the volunteers through subsequent workouts for this study, though, and cannot say how quickly strength and mass might bounce back. They also studied weight training, not endurance exercise, and only in young people without health problems.

But the results remain encouraging, especially for everyone confined at home now. When gyms reopen, our muscles should rapidly rebound, Dr. Moberg says.

In the meantime, you can find helpful information about how to start lifting weights and gain strength at home here and here.