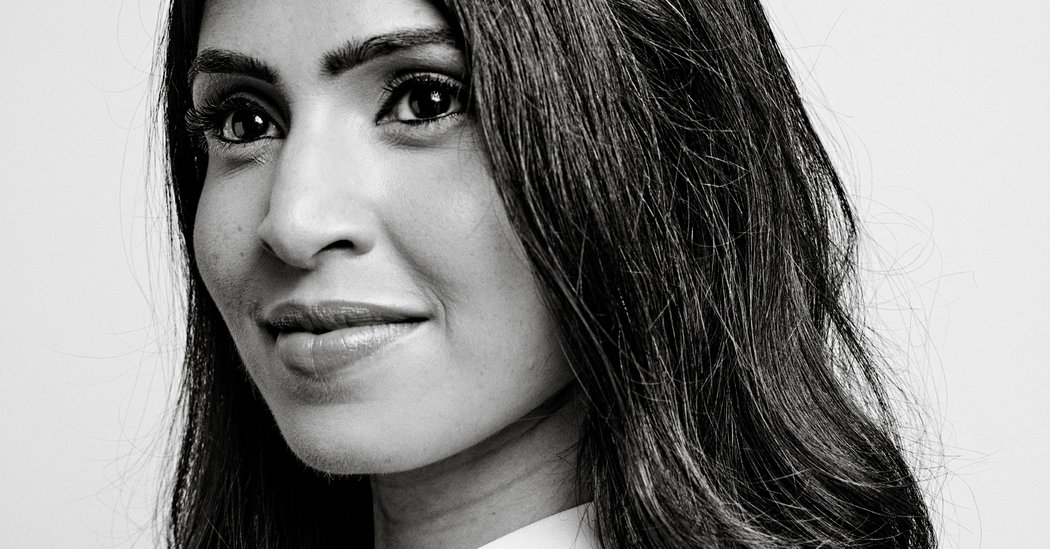 Want to go to a trampoline class? Or a salt bath? Or ride a bike underwater?

There’s an app for that.

ClassPass, founded by Payal Kadakia, has upended the fitness class market with a simple premise: Instead of paying for access to one gym, pay a monthly fee and drop in to classes of all sorts.

Ms. Kadakia, the daughter of Indian immigrants, grew up in New Jersey. She excelled at school, and at classical Indian dance. After stints at Bain & Company and Warner Music, she was studying to go to business school, but stopped and founded a dance company.

Then, frustrated by the process of trying to find ballet classes online, she was inspired to start ClassPass. Today, ClassPass is operating in more than 20 countries and worth more than $600 million.

This interview, which was condensed and edited for clarity, was conducted at the ClassPass offices in New York.

I grew up in a small town in New Jersey, it’s called Randolph. My parents emigrated from India in the ’70s. They did everything for the education of me and my sister. We moved a mile down the street to be in the No. 1 school district in New Jersey. It was all about getting good grades and doing well in school.

As much as I loved to work hard and get good grades, I did get made fun of a lot for being Indian. I looked different, and people didn’t understand. There were days where I told my mom I didn’t want to go back to school. She thought about maybe home-schooling me. She had to go talk to the principal. I felt like I didn’t fit in. I loved to dance, and had an Indian dance teacher. When I was in third grade, I did this Indian folk dance for a talent show at my school, and I got laughed off the stage.

What did your parents do for work?

They were both chemists. They actually ran away from India and came here. They fell in love when they were really young, and in India, you’re supposed to have arranged marriages. But their parents didn’t approve of it. So my mom’s brother, who lived in California, sponsored them to come here, and they sort of ran away. Eventually everyone came to terms.

Did you work while you were in school?

My parents really wanted us to focus on school. They didn’t even make us do chores. But after my sophomore year, I started doing telemarketing research. Being a small, petite person, I’ve really learned to communicate with people over the phone. I worked at Bain & Company, and we’d have to call a lot of random people. People used to call me the Queen of Cold Calling, because I was so good on getting people to engage and spend an hour talking to me.

What made you decide to go to M.I.T.?

I loved math and science. I was the first woman in my school to win the physics award. When my teacher told me that, I was like, “Wow.” I never even thought about that being a gender thing. I just loved it. I was like, Why do other people not enjoy this as much? So because of that, I went to M.I.T. The curriculum is so mathematical. Everything is numbers. It was this idea of this world that I lived in.

I actually wrote my application essay to M.I.T. on how my life revolved around the number two. I was born on Feb. 2. I had these two identities, American and Indian. I was the second daughter. I saw a lot of creativity in numbers. Even when I danced, I saw it all as geometry. People always think of writing and the arts as the creative side, but to me, math and science were actually really creative.

Did you work during the summers?

After my sophomore year, I worked in investment banking at JPMorgan Chase in their natural resources group. It was long hours. I don’t know if I fully understood what I was doing at the time, to be completely honest. I met people there who I knew loved their jobs, and I started seeing people who hated their jobs, which is most people.

Dance was also really important. Growing up, I would compete on the weekends at Indian cultural dance competitions. And at M.I.T., there was no Indian dance group on campus, so I went and created it. It still exists today.

You went to work at Bain after college. Did you have a good experience there?

I always loved business, but I also didn’t feel like I was going to fit into the traditional corporate American business model. I just always had this passionate feminine energy to me, and I kind of knew that I always wanted to continue to change the landscape. Then I just really loved the people I met there. They just seemed like human beings. I didn’t feel judged for being a small, petite Indian woman.

And I actually feel like Bain, for me, was my college experience, because I didn’t really have one at M.I.T. A lot of the people who were with me at Bain then went on to found consumer companies like Birchbox, Warby Parker and Harry’s. We were all entrepreneurial. We didn’t want to get stuck in the grind of needing to just be monkeys in the office. To this day, we all call each other up.

Why did you leave Bain?

During my time at Bain, I was still doing Indian dance on the side. I would invite my entire office to my performances and many of them would come. I got to the point where after my third year at Bain, I knew I had to make a decision: Would I continue to dance seriously, or would I go to business school, like most of my friends were doing at the time? I realized at that moment, I wanted to give dance a little bit of a try. But I needed to find a job that was going to be a bit easier, less travel-oriented and a little bit more predictable.

So I got a job at Warner Music Group in 2008, and on the side I got to build my first company, which was my dance company. I got some of my girlfriends together, who I’d known and danced with for 15 years, and I just started renting space and trying to apply to get into dance festivals. We got into a dance festival and actually ended up on the cover of the arts section of The New York Times.

I was studying for my GMATs at the time. My dad just assumed I would go to business school. But I remember on the day, I remember waking up, getting the paper and I threw away my GMAT books.

How did your parents feel about that?

My dad thought I was dancing too much and needed to focus on work more. Then he came to this huge show we did, and everyone gave us a standing ovation. He called me the next day and was like, “I looked at arts programs at Columbia.” It was so sweet, because he just couldn’t get over this idea of education, but he understood that maybe I wanted to study something new. I will go and get a degree in astrophysics at some point, just to make my dad happy. But not right now.

So how did you start ClassPass?

I went out to San Francisco for a friend’s birthday in 2010, and all her friends were building apps. I remember being like, “You do this full time?” They were like, “Yeah.” I realized, What if I thought of an idea? I felt like I could build something. So I said to myself, I’m going to take two weeks to see if I can think of an idea. If I can think of an idea I really care about, maybe this is worth it.

A day and a half after I got back, I went online to go look for a ballet class. I end up on the traditional four or five dance studios that I know. I have seven tabs open. I can’t figure out which one to go to. One’s at 6:15. One’s at 6:30. I don’t know if the teacher is good, I don’t know if it’s beginner. Do I have the right stuff? An hour goes by, and I don’t pick which class to go to, and I never go to class that day. And I remember that day, starting to think, Wow, so many people are always looking for classes. What if I could build a search engine for classes? It doesn’t exist, and it’s something that I think a lot of people would find useful.

Is there a risk that all these boutique fitness classes might be a fad?

Have you been to trampoline class? That’s amazing.

No, to be honest, we kind of sit above all the trends. We’ve built this place where anything works. Our job isn’t to prescribe. It’s to give you all the options so you can choose and have access to what you want to do.