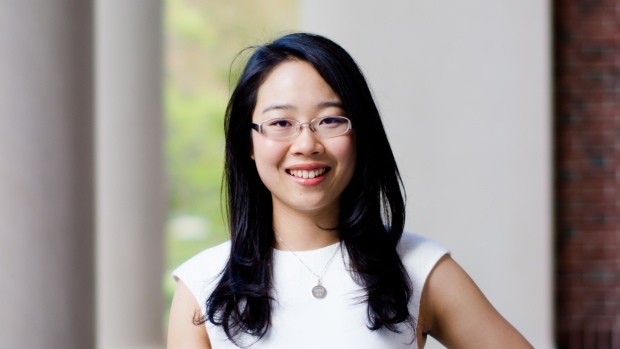 SASKATOON — Dozens of teenagers from across Canada and the U.S. are being educated to tackle vaccine hesitancy among their peers, and it’s all thanks to an Ontario woman.

“We hope that with the basic information, they’re less likely to fall prey to misinformation about vaccines, especially misinformation on social media now,” Cha Cha Yang, the 23-year-old founder of the new initiative, Students for Herd Immunity, said during a CTVNews.ca phone interview.

Yang, a future medical school student, said public health officials and news conferences can only go so far in convincing young people to get vaccinated. For the information to really sink in, it should also be coming “from a member of your own community, somebody you trust, somebody that you can’t relate to,” she said.

Yang has seen vaccine hesitancy in her own circles, mostly stemming from fears and misunderstanding of the science around vaccines and COVID-19.

Studies find misinformation is widespread on social media, with Twitter and Facebook both pledging to crack down on it. And it’s where nearly nine out of 10 Ontario youth spend most of their time online, according to the Canadian Mental Health Association.

So over five weeks in March, Yang and her team trained 70 students from 30 different schools across North America about the science behind vaccines. And then, they offered them simple ways to share everything they learned with their families, social circles, and peers in clubs, classrooms and sports teams.

For example, for their elementary school peers, students were given simple comic strips. For older teens, they were given more in-depth information and infographics Their parents received simplified fact sheets and tips.

“So we’re really empowering these students to distribute this important information,” Yang said. She said vaccine education is in the same vein as how students learn about anti-bullying, tolerance, and the importance of recycling.

And she intends on the next round of peer-to-peer education training to include more schools across Canada and the U.S.

The Conference of Independent Schools of Ontario, the Harvard Teacher Fellows, and the non-profit educational group, Teach for America, all pitched in to put the materials together. And through their nearly two dozen partners, Yang and her team have been able to translate the information into 10 different languages.

MISINFORMATION CAN PERSIST IN ADULTHOOD: YANG

Earlier this month, U.S and Canadian authorities each approved the use of the Pfizer-BioNTech COVID-19 vaccine for children 12 and older. But experts warned parents to not assume their children wanted the vaccine and to be prepared to be understanding and have conversations about their potential concerns.

Yang said, through her initiative, she hopes to create youth ambassadors for not just COVID-19 vaccines, but all immunizations.

“What we really want is a lifelong understanding of vaccines,” she said.

Yang said a lack of scientific understanding can crystalize into adulthood, and added “it’s going to be a lot harder for people to change their negative perception.”

On top of the education program, Yang’s efforts also include sending information materials to shelters, health clinics, and to schools directly. She has also held community town halls.

Yang said, through all its initiatives, to date, Students for Herd Immunity has reached more than 35,000 people overall.