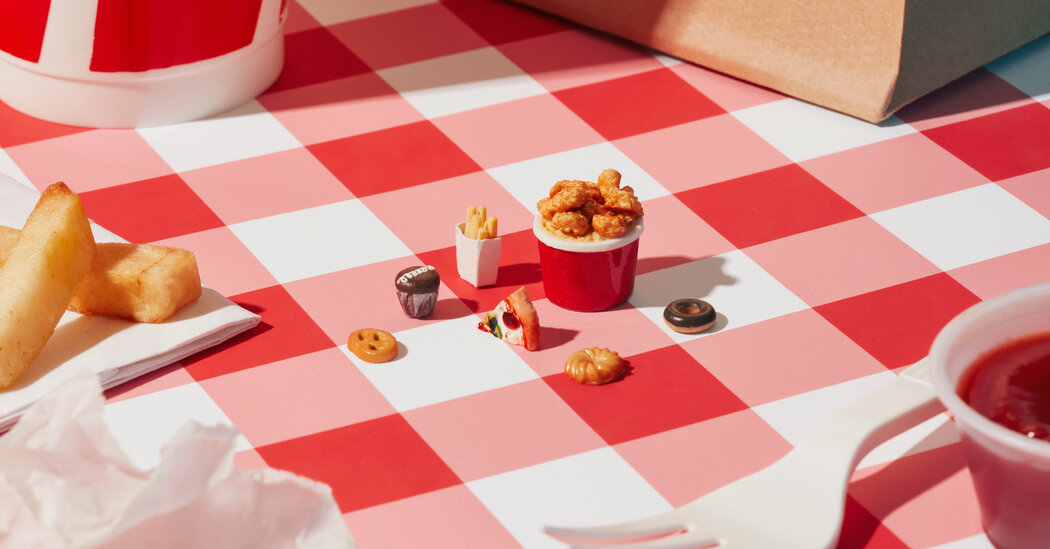 In 2019, Dr. Forman published the follow-up results of a larger randomized controlled trial of 190 people, which found that participants who practiced acceptance and mindfulness strategies were twice as likely to have maintained a 10 percent weight loss after three years compared to those who focused primarily on resisting temptations and suppressing thoughts of food.

“Surprisingly, there was a large benefit in people’s quality of life that was somewhat unexpected,” Dr. Forman said. “It benefited their well-being and emotional state, too.”

How to Cope With Cravings

For this week’s Eat Well Challenge, try these acceptance and mindfulness techniques to focus on food cravings. (Times subscribers can sign up for the Eat Well Challenge through the Well newsletter and receive extra advice by texting the word “Hi” to 917-810-3302 for a link to join.)

Cravings are ephemeral, and some research suggests they peak around 5 minutes. “Urge surfing” means “riding the wave” of your thoughts, feelings and cravings rather than acting on them, and it’s a successful strategy often used to treat substance use. Follow these four steps.

“Our cravings inevitably rise and fall, just like waves in an ocean,” Dr. Forman said. “Trying to fight that wave will never work. It doesn’t work if you are wishing for the craving to go away. You are accepting that it’s there, and even that it’s supposed to be there, and you are coexisting — surfing — with it.”

Ask: How little is enough?

There’s nothing wrong with eating a food you crave unless it becomes a problem for you. Dr. Judson Brewer, an associate professor at the Brown University School of Public Health, who created a mindfulness app called Eat Right Now, told the story of a patient who routinely ate a full bag of potato chips while watching a favorite TV show with her daughter.

Instead of discouraging her from eating the chips, Dr. Brewer advised her to pay attention to every single chip she ate and to notice how many chips it took to feel satisfied. Just a few weeks later, the woman reported she had slowly reduced her chip habit, and now her craving was satisfied after the second potato chip.

“She could eat two and be done,” Dr. Brewer said.

Dr. Brewer said mindfulness can help people cope with food cravings without having to give up a favorite food entirely. “It’s not that we can’t ever have a chocolate chip cookie,” Dr. Brewer said. “But when I eat one, I really pay attention. I enjoy it, and I ask myself, ‘Do I need more?’”