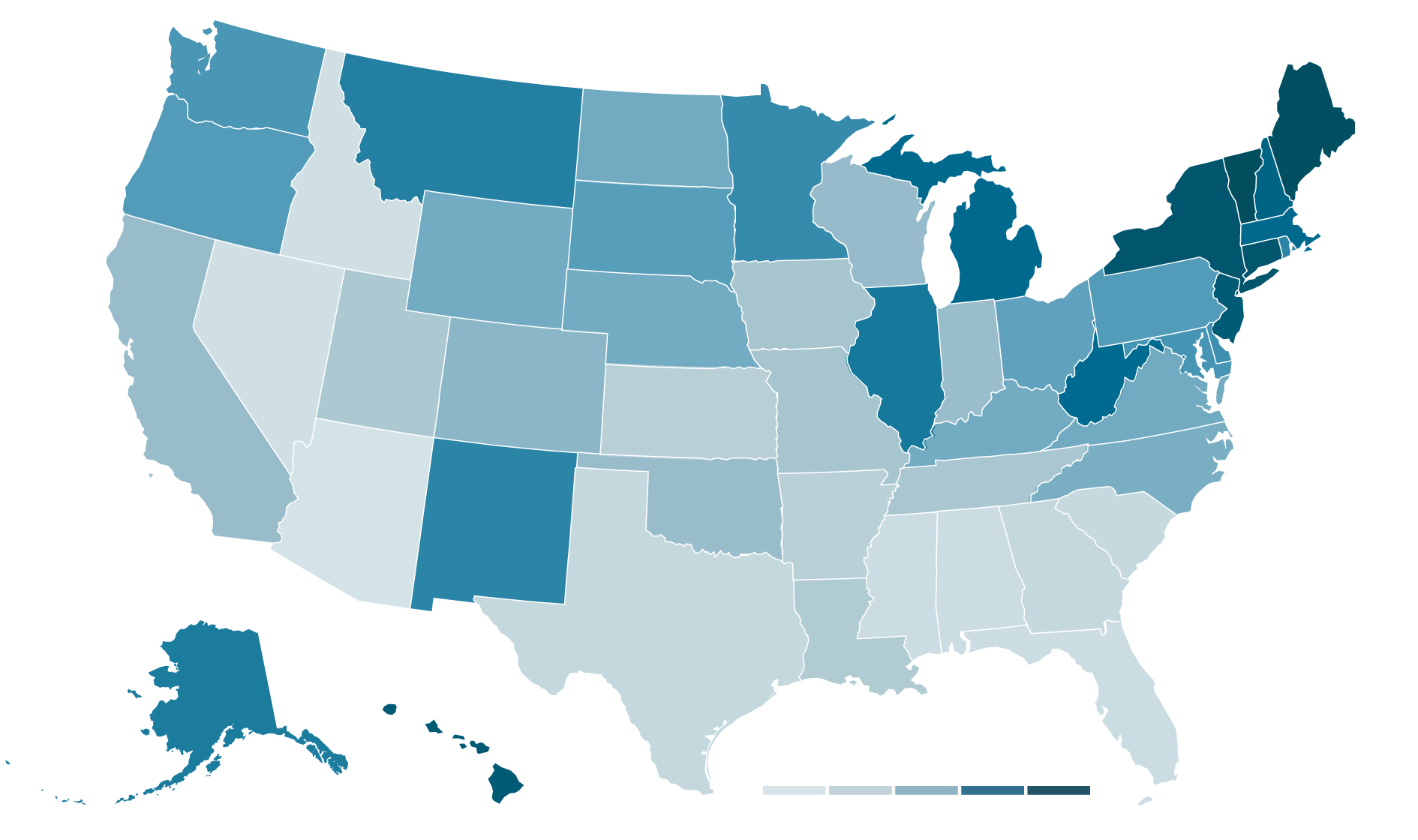 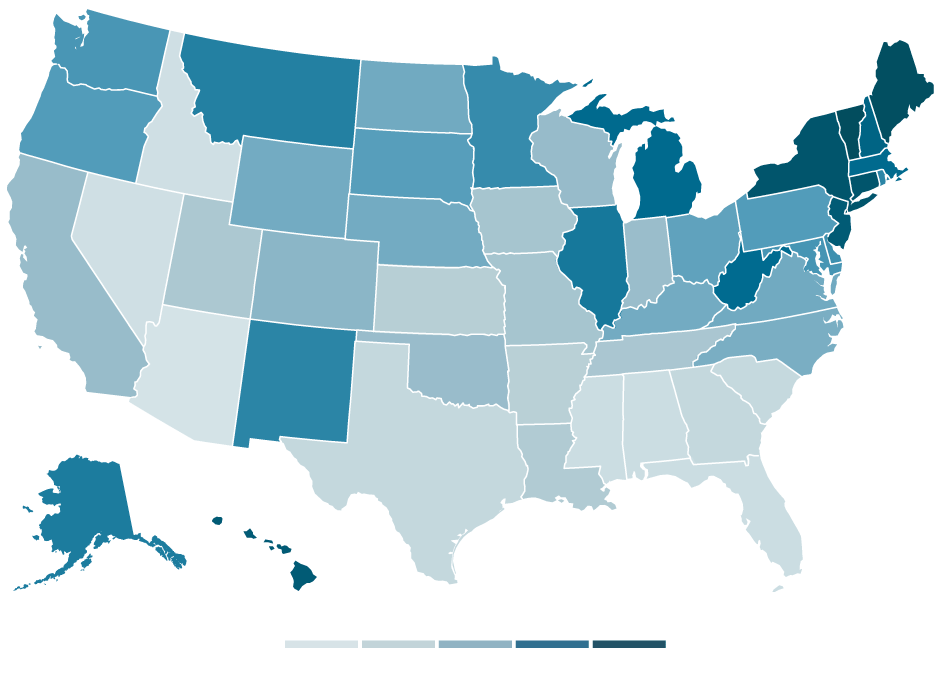 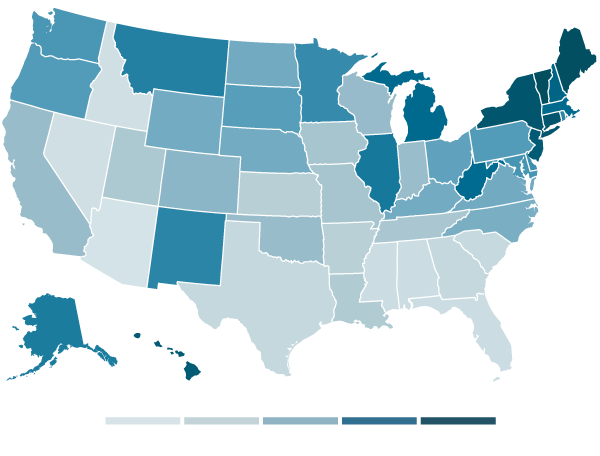 Americans are waiting longer to get their coronavirus test results back, with major labs reporting turnaround times as long as two weeks. Testing capacity has failed to keep pace with increased demand, but public health researchers think they have a way to quickly and sharply increase capacity in many states.

Instead of running a test for each person, laboratories could pool together tests from small groups of people and analyze them all at once. Because 98.9 percent of people now taking tests in New York State don’t have coronavirus, most of those pooled tests would come back negative. For the ones that come back positive, tests could be rerun one at a time with unused portions of the original samples, achieving the same results using fewer resources.

“This can work, and it does work,” said Chris Bilder, a statistician at the University of Nebraska who has written extensively on pooled testing. “It has been used in many different ways and, as long as disease prevalence is low, you will receive some good benefits.”

Mr. Bilder and his colleagues estimate that three states — Connecticut, Maine and Vermont — could quadruple their testing capacity with pooling. A fourth, New York, could get nearly to that level, adding 294 percent capacity. An additional seven states, mostly in the Northeast but also Hawaii and Michigan, could more than triple their capacity.

Government statisticians came up with this idea in the 1940s, when they needed a more efficient way to screen World War II draftees for syphilis. It has suddenly become especially relevant.

In a 1943 paper titled “The Detection of Defective Members of Large Populations,” the economist Robert Dorfman wrote that it could “yield significant savings in effort and expense when a complete elimination of defective units is required.”

Until now, pooled testing was typically reserved for public health laboratories that needed a cheap way to screen thousands of samples for sexually transmitted diseases, tests which require expensive chemicals to run. In recent weeks the Food and Drug Administration has allowed a major medical laboratory to pool coronavirus tests, as the Trump administration has encouraged adoption of the practice. Overseas, the technique is more popular. Because labs usually collect more sample than they need, they have enough material to do a second analysis if necessary without requiring the person to come back in.

“We’re really working to increase pooling,” Deborah Birx, the White House coronavirus response coordinator, told Fox News on Wednesday. She is one of several top health officials who are encouraging the approach. “We know that can dramatically increase our throughput.”

Quest Diagnostics has never pooled tests for any other diseases, but began doing so this month for coronavirus at its laboratories in Marlborough, Mass., and Chantilly, Va. The medical laboratory processes 130,000 tests each day, about one-sixth of all those taken in the United States. Its average wait times have risen from a few days in early June to a week by late July.

The lab now tests four results at once for specimens that come in from the Northeast, where coronavirus prevalence is low and where there is the greatest potential to increase capacity. “If you put four specimens in one well, and they are all negative, you’ve just gotten four times the capacity,” said James Davis, executive vice president at Quest Diagnostics.

Mr. Davis expects that to free up more testing for harder-hit areas in the South and speed up the reporting of results in both regions.

“Demand in the Southeast — Florida, Georgia, South Carolina — is very high and we cannot handle it locally,” he said. 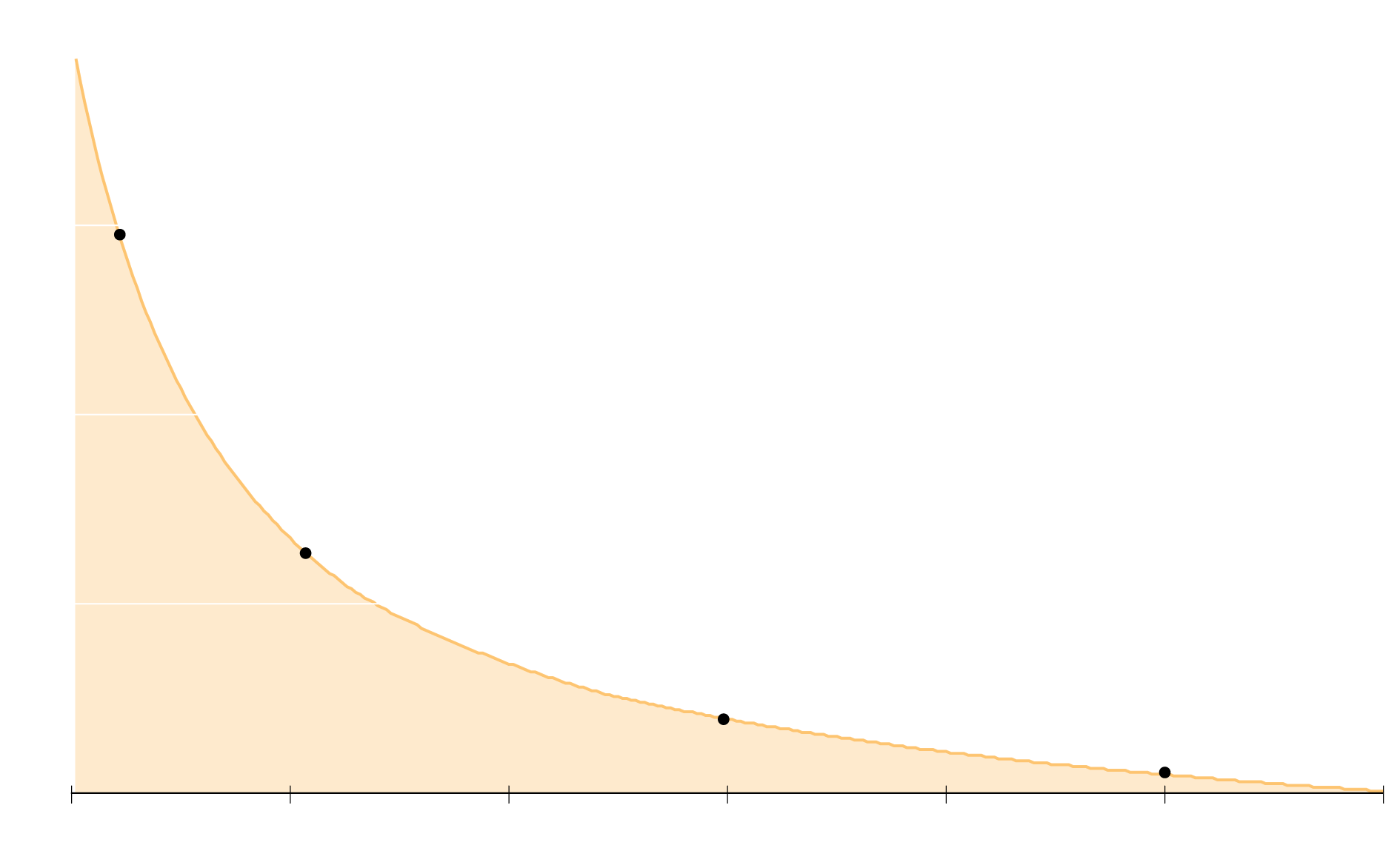 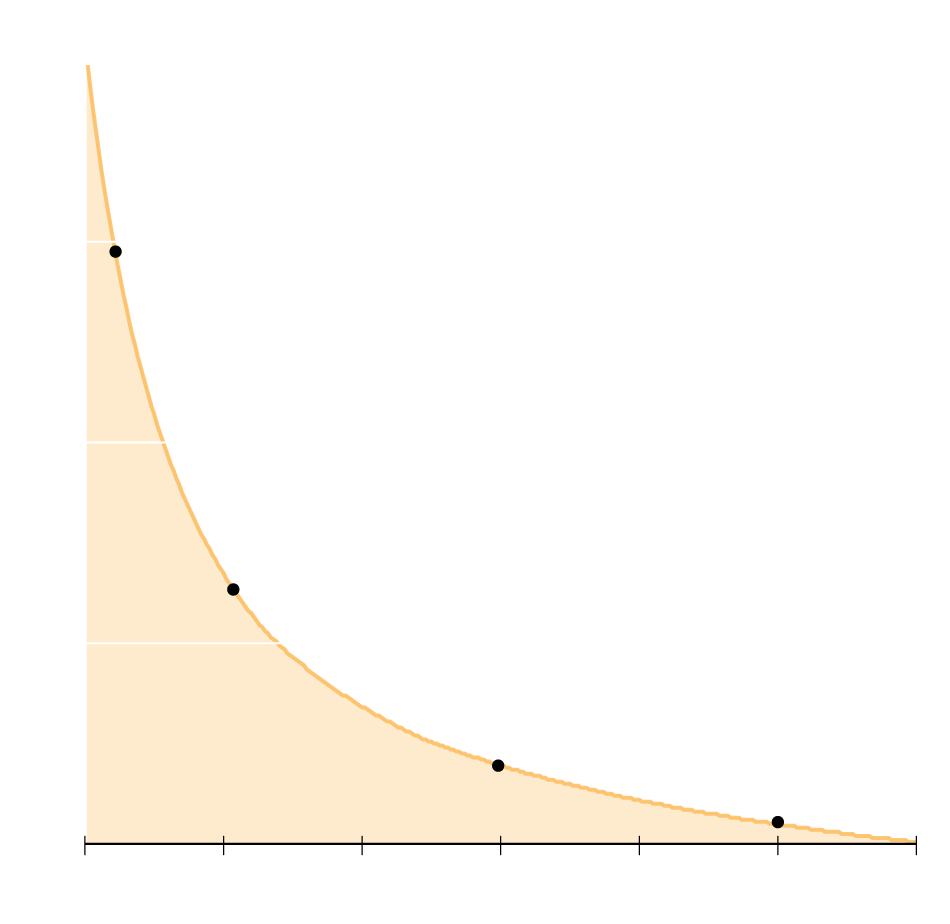 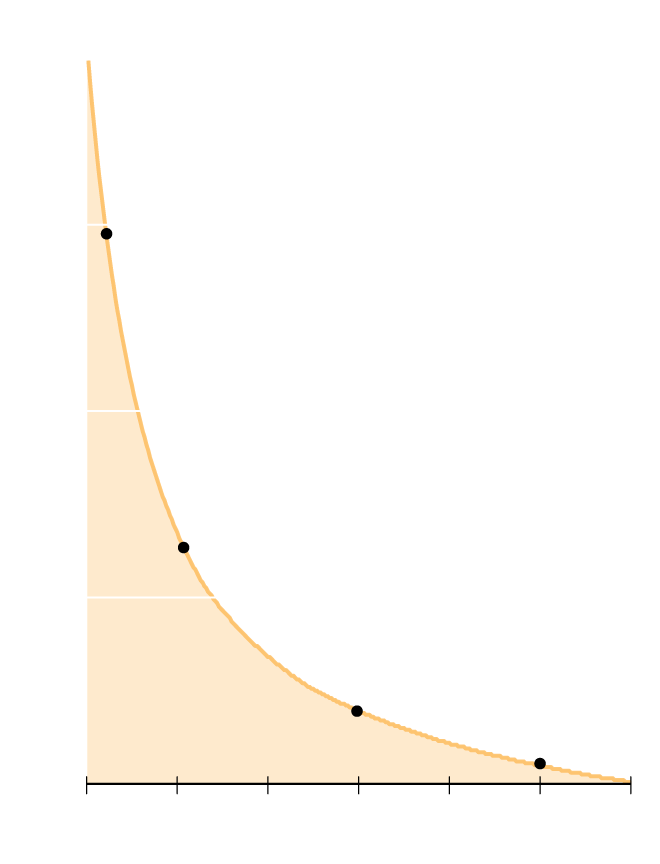 Quest has not explored pooling larger groups, which could create even larger capacity gains. Researchers worry that, as the size of a pool grows, the test may lose sensitivity and miss certain cases where patients have very low viral loads, typically very early or late in their infections. Researchers in Germany have pooled as many as 30 samples but note that “borderline positive single samples might escape detection in large pools.”

In the United States, the first approval for a pooled coronavirus test came in Nebraska. Researchers at the state public health lab were able to show the F.D.A. that it could run five tests at once without any diminution in accuracy. Nebraska used that pooled test for public health surveillance when cases were low there, but it had to switch back to individual testing when the virus became more widespread in groups it was testing, like meatpacking workers.

Dr. Steven Hinrichs, the chair of the department of pathology and microbiology at the University of Nebraska Medical Center, said his team started missing some weak positive results when it went higher than a five-test pool using a test developed by the Centers for Disease Control and Prevention. “We didn’t want to miss anybody,” Dr. Hinrichs said. “By setting it at five, we didn’t miss anybody.” His team is now investigating whether pooled versions of other testing protocols could get larger and stay accurate.

A quarter of Arizona’s coronavirus tests are now coming back positive. It would get only about a 10 percent increase in capacity with pooling, probably not enough to justify setting up a new system. Vermont has the lowest coronavirus positivity rate in the nation, and could increase its testing capacity by 326 percent using pooling, according to Mr. Bilder’s estimates.

In practice, those gains could help speed up testing in other places: Around a third of coronavirus tests are currently performed by two national lab companies, which often ship samples around the country to speed up processing time.

Pooled testing may be particularly useful for testing groups at lower risk of disease. Employers, college campuses or professional sports teams eager to identify infected individuals before an outbreak starts could use pooled testing to screen large numbers of people regularly, without using up testing supplies needed for people with symptoms or known exposure to the virus. Colby College in Maine, for example, has announced plans to test students on campus twice a week this fall.

The University of Nebraska Medical Center is hoping to use pooled testing to screen patients seeking elective surgeries at the hospital. A health clinic in Germany has already used the technique to screen its workers.

In most situations where pooled testing has been used over the years — in screening blood for rare diseases, or soldiers for sexually transmitted diseases — the goal has been to lower costs. That may not happen with pooled coronavirus tests: Quest, at least, plans to charge insurance companies the same price for its new pooled test as it would if each test were run individually. But because of shortages of testing materials and machines, pooling could achieve a different kind of savings, by allowing more people to get results from the same amount of testing supplies.