You Are Here Home Health News I’m a Disabled Parent. It Took a Pandemic to Let Me Join the P.T.A. 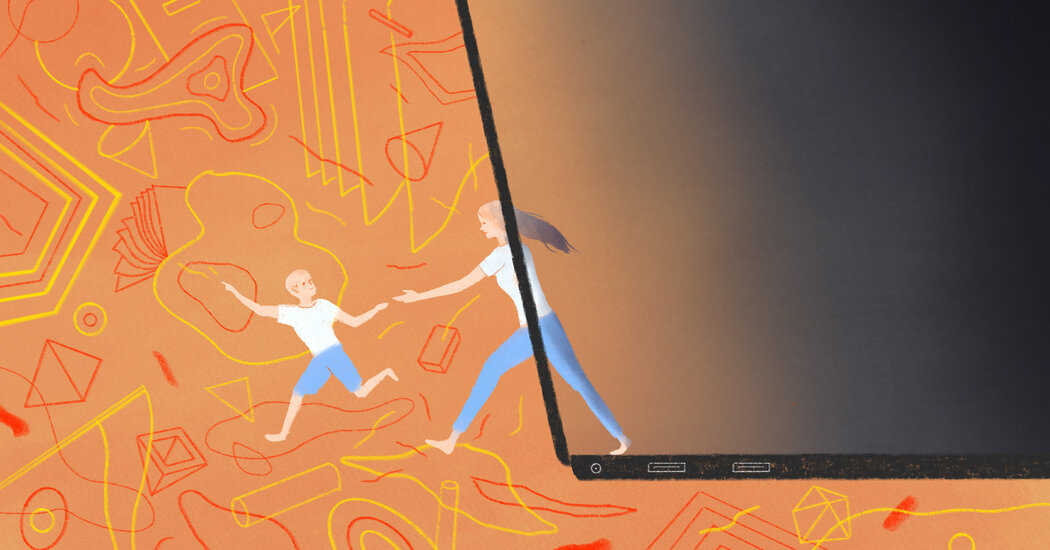 I am not alone in appreciating this unexpected silver lining of the pandemic. In an online group for parents with M.E., run by the #ME Action Network, I encountered several other parents who also credit Zoom for allowing them access to their children’s school in a new way. For Holly Latham, from Jackson, Tenn., who self-describes as “barely hanging on by my fingernails,” it was as basic as being able to attend a meeting virtually to discuss an individualized education program, or I.E.P., for her child who has special needs, instead of struggling to get there physically.

Before the pandemic, Marthe Schmitt, a 51-year-old mother of one from St. Louis, Mo., wished to be more involved in her 8-year-old daughter’s school, but couldn’t: “I was always hesitant to commit to something and then not be able to physically show up.” This year though, she dove in, serving as social-media coordinator and working with her husband to update the school’s bylaws and make them more inclusive. “M.E.’s a very isolating disease, but being on the board has made me feel more connected and less disenfranchised,” Ms. Schmitt said.

Elin Daniel, a 42-year-old mother of one from Bothell, Wash., has moderately severe M.E. and is able to leave the house only a few times a week. “When school was in-person, just getting ready to attend an event would exhaust me and I’d always have a flare-up a day or two after,” she said. But since her children’s school went virtual, she’s joined her P.T.A. board as fund-raising chair, which has improved her mood and self-esteem. “I so rarely feel useful,” Ms. Daniel said. “It feels nice to contribute to the community and set an example for my daughter.”

For parents with chronic illnesses, the ability to be involved in our children’s lives isn’t something we take for granted. Mary Wu, a 41-year-old former teacher from Los Angeles and mother of three, only recently became ill but feels this deeply. Before her diagnosis, she and her 15-year-old daughter had been involved with National Charity League, an organization dedicated to leadership development and philanthropic work such as volunteering at food banks, cleaning up beaches and providing healthy snacks to underfunded schools.

“It was a great way to spend time with my daughter while teaching her to give back,” Ms. Wu said. “But after the onset of my illness, there’s no way I could have done it in person anymore.” Luckily, the charity league’s pivot to online meetings and virtual service has allowed the Wus to continue, fulfilling some of their service hours by sewing face masks for a local organization dedicated to helping women with breast cancer.

“I want something positive to come from all this,” Ms. Wu said. “I hope in the future, organizations still provide access to parents that can’t be there physically.”

Heather Osterman-Davis is a writer, filmmaker and mother of two in New York City.