You Are Here Home Health News In Italy, Coronavirus Takes a Higher Toll on Men 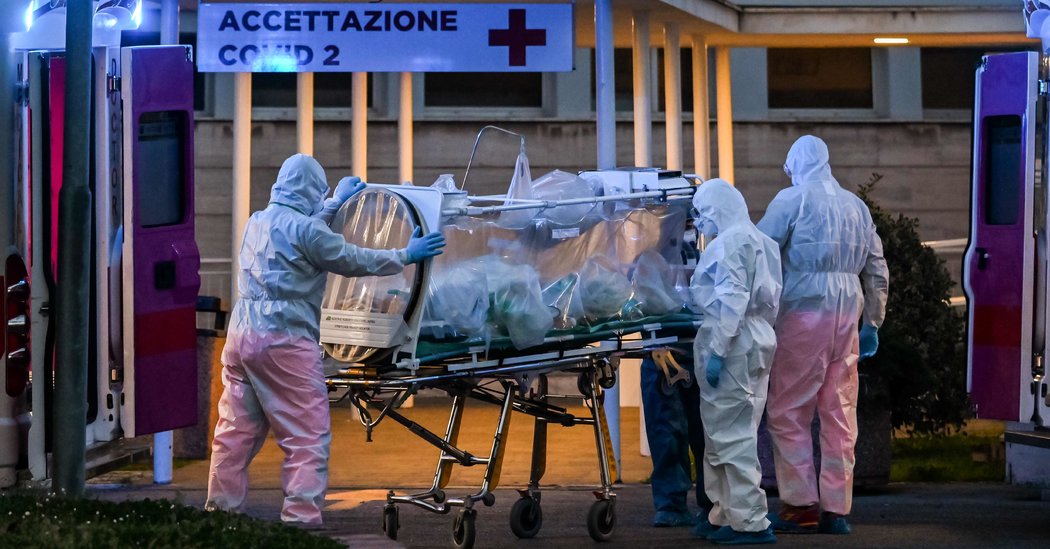 The coronavirus is striking, and felling, more Italian men than women, and some experts are warning that being male may be a risk factor for the illness, just as older age is.

The Italian trend mirrors one seen in China, where men were more likely than women to die of Covid-19.

In Italy, more men than women have been infected, and a higher proportion of infected men have died. Some 8 percent of male patients died, compared with 5 percent of female patients, according to a Higher Health Institute of Rome analysis of 25,058 cases.

“Being male is as much a risk factor for the coronavirus as being old,” said Sabra Klein, a scientist who studies sex difference in viral infections at Johns Hopkins Bloomberg School of Public Health. “People need to be aware that there is this pattern. Just like being old means you’re at higher risk, so does being male. It’s a risk factor.”

She said the vulnerability could be biological or behavioral. Women have more robust immune systems, Dr. Klein said. And more men smoke in higher numbers, and they are less likely to wash their hands, studies show.

“We don’t always understand why something is a risk factor, and we’re probably not going to be able to pinpoint one thing,” Dr. Klein said. “But it’s remarkable that we’re seeing this across such socially and culturally distinct countries as Italy and China. More needs to be made of this fact.”

On Friday, Dr. Deborah Birx, the coronavirus response coordinator for the White House, mentioned the gender disparity in deaths in Italy, but said the gender gap was “twice” as high in men at all ages. In fact, the report mentioned no deaths in people under 30 and very few deaths among men and women in their 40s and 50s. The heightened risk to men becomes apparent in their 50s, with the gender gap tapering off somewhat only at 90, probably because there are fewer men in this age group.

Over all, men represented 58 percent of 25,058 coronavirus cases in Italy, and 70 percent of the 1,697 deaths described in the report.

In China, the death rate for men was 2.8 percent, compared to 1.7 percent for women, according to the largest analysis of cases by the Chinese Center for Disease Control and Prevention.

Men also were disproportionately affected during the SARS and MERS outbreaks, which were caused by coronaviruses. More women than men were infected by SARS in Hong Kong in 2003, but the death rate among men was 50 percent higher, according to a study published in the Annals of Internal Medicine.

Some 32 percent of men infected with Middle East Respiratory Syndrome died, compared with 25.8 percent of women. Young adult men also died at higher rates than female peers during the influenza epidemic of 1918.

Women appear to have stronger immune systems than men. The female sex hormone estrogen appears to play a role in immunity, as does the X chromosome, which contains immune-related genes. Women carry two X chromosomes; men only one.

But women also develop more autoimmune diseases such as lupus and rheumatoid arthritis, in which the immune system attacks the body’s own organs and tissues.

Other health and behavioral factors may also be contributing to men’s vulnerability. Men develop cardiovascular disease and hypertension at younger ages than women, and both of these conditions increase the potential for severe disease, said Kathryn Sandberg, director of the Center for the Study of Sex Differences in Health, Aging and Disease at Georgetown University.