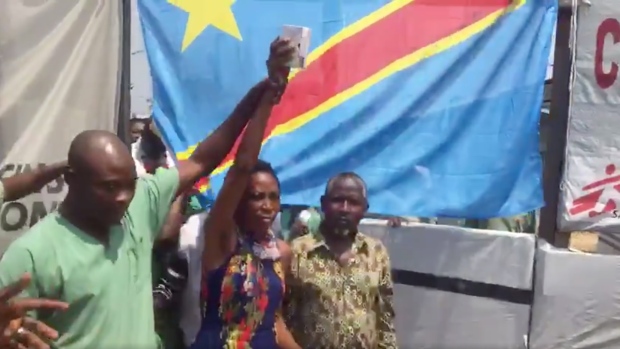 The last Ebola patient being treated in the Democratic Republic of Congo went home from a treatment center on Tuesday, according to the World Health Organization, a significant step in the countdown to declaring an end to the world’s second-deadliest outbreak of the disease.

The woman was released from the center in Beni town, one of the hotspots of the recent outbreak, which began August 2018, the agency said in a statement.

On Tuesday, WHO Africa region tweeted a video of health care workers singing and dancing with the patient as many gathered at the center to celebrate her release from the hospital.

It added that 46 people who had come in contact with the patient are still being monitored for Ebola symptoms.

While praising the “tireless efforts” of agencies in the the fight to tackle the outbreak,WHO regional director for Africa Dr. Matshidiso Moeti called for caution and vigilance.

“It is not yet the end of Ebola in the Democratic Republic of the Congo. We must stay vigilant in the coming weeks and beyond,” Dr. Moeti said in the statement.

The WHO estimates that 2,226 people were killed in the current outbreak in Congo — its tenth since the virus was discovered in 1976.

The 20-months-long outbreak was worsened by armed conflict and violence in Congo’s North Kivu and Ituri provinces in which health workers died.

In February, four countries in Africa: the Democratic Republic of Congo; Burundi; Ghana and Zambia licensed an Ebola vaccine. More countries will be added to the list, the WHO said.