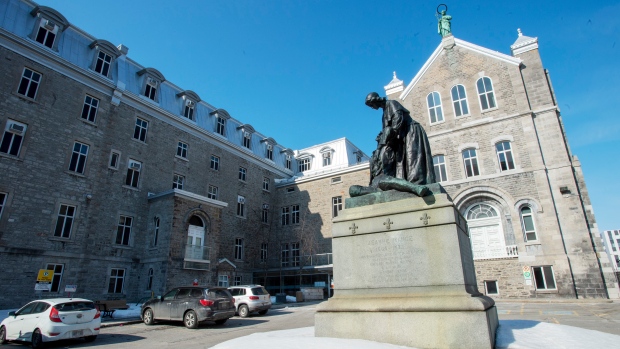 TORONTO — Protecting hospitals from COVID-19 will be critical in the fight against the virus, with doctors urging more aggressive measures to slow the spread of the outbreak that many experts suspect may already be circulating in Canada.

Dr. Michael Gardam, the chief of staff at Humber River Hospital in Toronto, said his hospital, like many others in Canada, is already at 100 per cent capacity. He’s worried about what will happen if the country sees a spike in severe cases of breathing problems and pneumonia that are the hallmark of COVID19.

“This has clearly gone now to, most of the countries in the world. And it’s not stopping and none of us have pre existing immunity to this.”

In China, new hospitals were built to accommodate the unprecedented influx in patients. In Italy, overcrowded hospitals have struggled to account for the sick.

In Hamilton, Ont., a cancer specialist who returned from a vacation in Hawaii last weekend tested positive for the virus. Before she was diagnosed, she treated 14 patients with cancer. Public Health is now tracking those cases.

Up to 10 of her colleagues may be forced into isolation for the next two weeks.

The situation underscores just how important it is to protect healthcare workers from coming down with the novel coronavirus so that they don’t pass it on to potentially vulnerable patients.

Gardam is among a growing number of doctors who are calling on more aggressive measures to prevent the virus’ spread, such as cancelling large gatherings of people at conferences or sporting events. It’s called “flattening the curve,” which means putting in place interventions and restrictions that will slow the spread of the virus so that a huge spike in infections in a short period of time doesn’t lead to swamped health systems.

“If you act too late, you’re going to have a swell of people that require care, and you’re still going to damage your economy. I would argue it is better to err on the side of caution and actually act earlier than perhaps you think you need to, because that damage to the economy is coming regardless.”

So far, 118 cases of COVID-19 have been confirmed in Canada. One person – an elderly man in a North Vancouver seniors’ home – has died from the illness.

With no clear signs as to how the pandemic will develop, emergency doctor Susan Tory agrees that hospitals need to be protected.

“I think about my job and what coming to work is going to be like in that situation. It is scary but I know we have a terrific facility here that is going to help us protect ourselves and our patients,” she said.

Canada should act more aggressively to prevent the spread of the disease, according to American law professor Lawrence O. Gostin, who serves as the director of the World Health Organization Collaborating Center on National & Global Health Law.

“Every country is going to have to make that judgement for itself but it is better to err on the side of a little too soon than rather than too late,” Gostin said.

“So if Canada is not doing it now, there may be parts of Canada where you start to do it and not to be ready to begin what we call social distancing as soon as it is necessary. Don’t wait until it is too late. We need to flatten the curve.”

Protecting healthcare workers from the virus will be key to managing the outbreak, Gostin said.

“Once you have health care workers getting sick and coming out of the work force it is a serious concern,” he said.

“So job number one for Canada or any country in the world keep your health workers safe. Keep your doctors your nurses safe, because without them there is very little way we can fight this.”