You Are Here Home Health News ‘Kids are not all right’: Mental health among Ontario children deteriorating

TORONTO — Ceilidh Chopowick says she is not all right, but she’s trying.

It has been a difficult year for the Grade 10 student from Pickering, Ont.

“There are days I don’t feel motivated to do anything and I stay in bed,” Chopowick says.

“It’s hard to get going and do my schoolwork, and sometimes it’s even hard (to) like try and connect with friends because I haven’t seen them for so long and I get a little bit of anxiety.”

There are good days and bad days.

The 15-year-old says she struggled with bulimia before the pandemic, but the lockdown made it worse.

“It was very hard in the beginning, especially because school gave me structure throughout the day, and it just helped me be more confident,” she says.

She sought help from her family doctor and a therapist, but it gave her more anxiety. Dancing helped, but classes were cancelled twice due to the lockdowns. 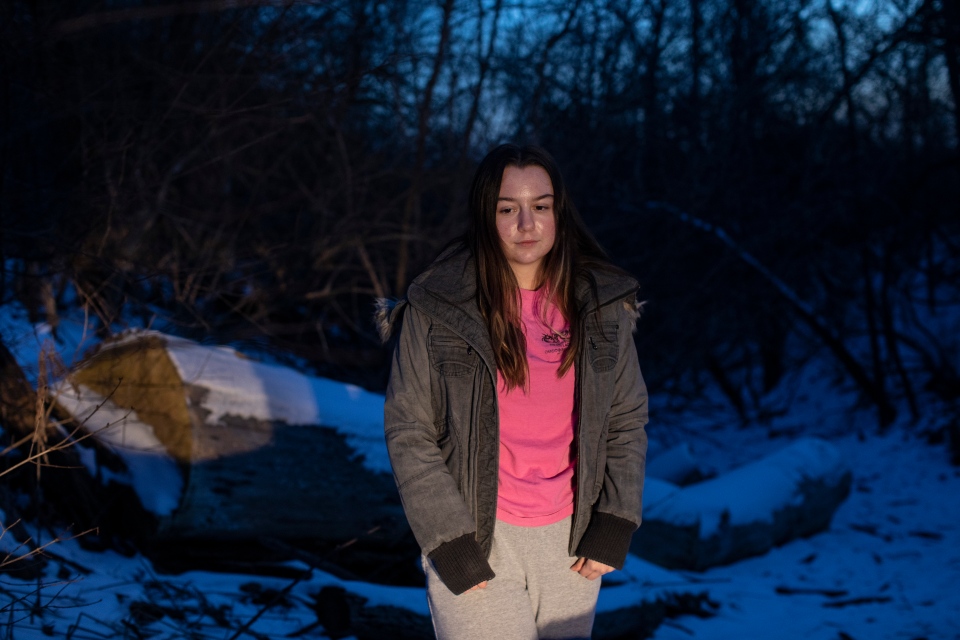 “When I dance, when I go to the studio, that’s a place where I can leave everything else, like all my stresses, behind,” Ceilidh says.

Talking to her parents about her issues helps, she says.

“She’s fought hard to adapt, and she’s adapted as well as you could, but it’s very difficult for everyone when everything comes to a crushing halt,” says her father, Mike Chopowick.

Ceilidh is not alone.

Researchers say the pandemic has had a profound effect on the mental health of children.

Dr. Daphne Korczak, a child and adolescent psychiatrist at Toronto’s Hospital for Sick Children, says they launched a study in April to examine the effects of the pandemic on young people’s mental health.

They’ve surveyed more than 1,000 parents and 350 children during the first lockdown last spring and continue to monitor them.

“We found that roughly 70 per cent of children experienced deterioration of their mental health,” Korczak says.

“A significant proportion of kids have experienced increased depression, anxiety, irritability, and they’re just less able to buffer the day-to-day frustration, compared to their pre-pandemic self.”

Children cry more often and more easily, she says, they are less able to tolerate disappointment, less motivated to get involved in activities, are restless, bored and have a sense of loneliness and hopelessness.

Eating disorders are also up.

“I think it’s fair to say that kids are not all right right now,” Korczak says.

The biggest predictor of mental health problems the researchers found was the degree of social isolation children experience, she says.

“Here we are in the second lockdown and children are without in-person school, without sports or activities and the ability to get together with their friends,” she says.

Even more worrisome, she says, the problems persisted after students went back to school in the fall.

“We haven’t seen a decrease in mental health symptoms from the first lockdown and that makes them less resilient coming into the second lockdown,” Korczak says.

School looked drastically different in the fall. Everyone wore masks, temperatures and symptoms were checked. Many extracurricular activities and sports were cancelled.

Elementary students were limited to strict classroom cohorts, even in the schoolyard. Games like tag were forbidden.

“School wasn’t great,” Ceilidh says. “I only saw some friends for five minutes and others not at all if they were in a different cohort.”

The Hospital for Sick Children has been a proponent for returning kids to in-person school for a variety of reasons, including mental health benefits.

“One of the biggest concerns that I’m hearing are parents (who) say this is changing who my child is, my child used to be a child who was very social and happy and eager to learn and now my child is timid and nervous when they come across new people and isn’t motivated to participate in school,” Korczak says.

Ruaraidh Butler, the founder of Your Life Counts, an organization devoted to helping the mental health of young people, says demand for their services has never been higher.

Over the two decades since he launched the organization, Butler says his job, in its simplest terms, is about restoring hope.

With no end to the pandemic in sight, many youth have told him they’ve lost hope. They fear the virus, they fear death, their entire lives have been transformed and a belief has settled in after a year that life will be forever changed.

So Butler dug into the past for a history lesson to tell the youth he helps: the First World War, which lasted from 1914 to 1918, and the Spanish Flu pandemic, which began in 1918 and lasted for several years.

“What we’re going through right now is historic, it is brutal, it is horrible,” Butler says. “But guess what? It has been here before and if you look back, you’ll see that we got through it.”

That lesson has helped many youth restore some hope in their lives, he says.

“Hope has to find its place in our lives and in our hearts,” Butler says. “Hope means different things to different people, but I think at its core, it is that sense of optimism, that sense that things suck right now, but it’s going to get better.”

This report by The Canadian Press was first published Feb. 2, 2021.