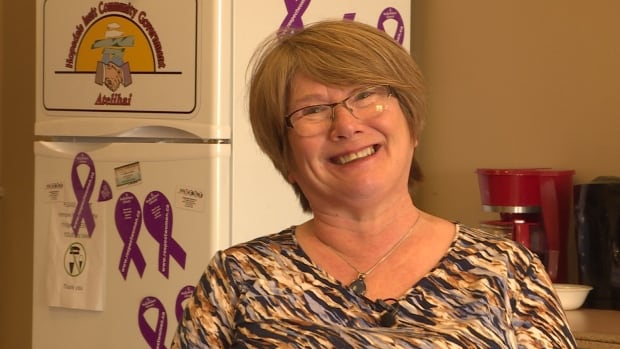 Labrador isn’t immune to a countrywide increase in substance use under the pandemic, and communities across the Big Land are grappling with alcohol- and drug-induced fallout that’s leaving leaders searching for solutions.

A fatal overdose in Nain last month, an assault in Hopedale and concerns over impaired driving have people in senior roles at all levels of government scrambling to address the apparent uptick in problematic consumption.

“There is a lot of concern in the community for the unfortunately large amount of alcohol that is coming in,” Flowers said last week.

Flowers met with council to discuss reinstating the town’s alcohol committee, and said she’s working with a lawyer to see if the community has jurisdiction to limit the flow of imported alcohol.

An outright ban, however, isn’t something she thinks would work.

Flowers said two months of isolation has affected how some people are coping with the stressors of public health restrictions.

“But it’s also the large amount of alcohol, sadly, that’s come in here that’s resulting in these kinds of behaviours,” she said. “It’s just too much.… There is some violence in our community now as a result of the heavy drinking.”

“I think it’s had a greater impact in a lot of our Indigenous communities because of the interdependence of it,” Kinney said. “Families are so interconnected, and extended family plays such an important role in child rearing.… Being isolated really has had a huge impact on families.”

But for Kinney, there’s another — much more complex — explanation.

“When you have people having to stay within their homes — which often are overcrowded — when you’re taking away the structure of school and education, when daycare centres are closed, when parents are unable to visit their children if they’re in care … when there’s increased issues of food insecurity, all of those kinds of things become side effects of the COVID-19 response,” Kinney said.

Getting the basics right

Collectively, Kinney said, those factors — often called the social determinants of health — already play a role in substance use, while pandemic restrictions have only highlighted pre-existing inequalities in Labrador.

Because of those myriad social factors, fixing the side effects of drinking isn’t as simple as offering counselling or stemming the flow of drugs and alcohol, said Nathaniel Pollock, a researcher at Memorial University and vice-president of the Canadian Society for Circumpolar Health.

These problems are fixable. But it takes a lot of political will to do that.– Nathaniel Pollock

Focusing on the basics, like making sure people have high quality housing, water, and food, Pollock said, would be the more helpful step on a communitywide level.

“We really need to get this other stuff right, and get it done quickly,” he said. “Otherwise all these things cascade and they become difficult to cope with.”

The substance use and its associated ills, he said, are “part and parcel of longer standing problems.”

“For a long time various systems have been slow to act on addressing inequality,” he said, noting that shoring up some of the socio-economic shortfalls could happen within a rapid timeline.

“These problems are fixable,” he said. “But it requires a lot of political will to do that.”