LANGLEY, B.C. — March 19 update: Doug Craig says his family heard from public health officials following the publishing of this article and the boy will now receive the test.

A Metro Vancouver father who believes his son should be tested for COVID-19 is sharing his concerns about the province’s testing system.

“He started with a cough and then late Sunday night he came down with a fever,” the Langley, B.C., father told CTV News Wednesday.

He called 811 the next morning, but the line was busy, so he got in touch with their family doctor who then referred Doug and Martin to the Langley testing centre.

“They said they faxed over a form and that we should wait for a call back from the facility,” Doug said.

When he didn’t hear back on Tuesday, he called to follow up.

“I phoned our doctor’s office again and they said ‘No, just wait for the call.'”

Less than an hour later, the office called him back.

“They said, ‘No, the testing has changed again.’ Unless you’re sick enough to be hospitalized they’re not doing the testing,” Martin’s father said.

On Wednesday, the boy was still exhibiting symptoms and is now self-isolating at home.

If he exhibits issues breathing, his family plans to seek more medical help.

Doug and his 14-year-old daughter are not exhibiting symptoms, but were told that isolating would be up to their discretion.

“It left us with some concerns about the numbers the province has about those testing positive. If they’re only testing people that are ill enough to be hospitalized, then my suspicion is the numbers are going to be much greater,” said Doug.

He says Martin’s illness has also created a lot of uncertainty for friends and family.

“Trying to flatten the curve, I think it would be helpful for us to know if he has it, so we know as a family how to best address our own needs and precautions around social distancing.”

The family hasn’t travelled recently, but the 12-year-old did attend basketball tournaments prior to getting sick.

The entire family plans on staying at home while the situation is sorted out.

Doug says the information provided from health officials about testing is confusing.

He’s followed all of the guidelines put in place by the province, including its new self-assessment online tool, but he is still unsure how to safely move forward.

“I think they’re trying to do their best. In a crisis like this, they’re reacting to what comes up every day and the new cases that are coming out.”

But he says he’d like to see more testing done, although he understands that health officials need to ration the amount of kits used as the outbreak worsens.

B.C. declared a provincial state of emergency over the pandemic Wednesday afternoon.

Health Minister Adrian Dix and Provincial Health Minister Dr. Bonnie Henry provided another update on numbers a few hours later, saying another 45 cases have been confirmed in the province.

Dix said roughly 17,000 British Columbians has been tested for the virus so far.

Craig hopes clearer guidelines will be provided to families on how to handle the virus in the coming days. 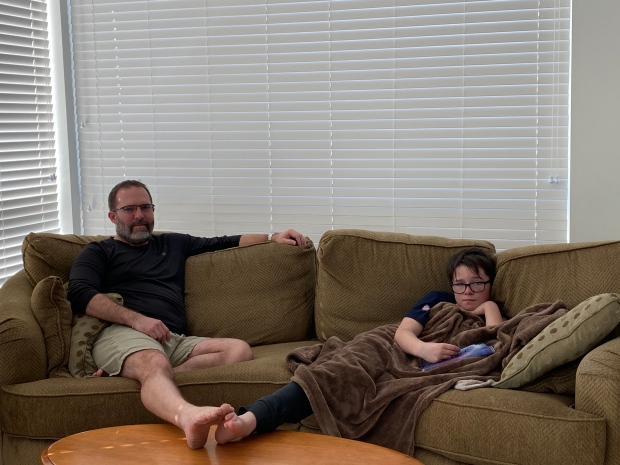