You Are Here Home Health News Likely Legal, ‘Vaccine Passports’ Emerge as the Next Coronavirus Divide 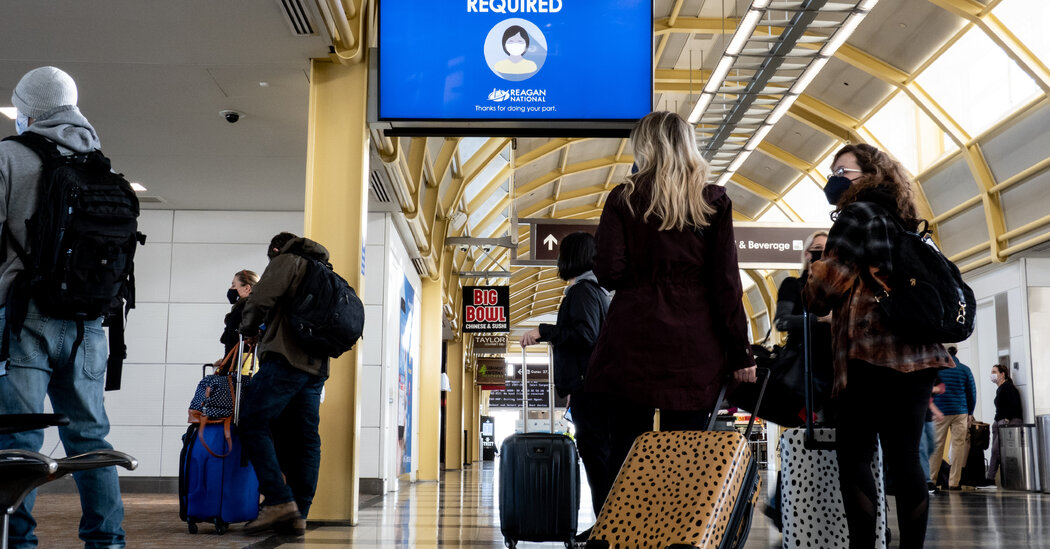 Conservatives and libertarians, though, are resisting such mandates. Gov. Ron DeSantis of Florida on Friday signed an executive order barring businesses from requiring patrons or customers to show vaccine documentation, under penalty of losing state contracts. Mississippi’s Republican governor, Tate Reeves, said on Sunday that he too opposed the idea.

That has left technology executives like Stanley Campbell in the lurch. His firm, EagleForce, which specializes in health records, has created “myVax,” a digital platform that, he said, might even be used by farmers to screen their workers. Mr. Campbell, a Florida native, pitched the idea to Florida’s agriculture commissioner last week — a day before Mr. DeSantis issued his ban.

“It’s not really a political football, which is what they keep using this thing as,” said Mr. Campbell, whose wife, Cheryl Campbell, a health care technology expert in her own right, recently joined the Biden administration. “It’s sad because Florida could lead the nation in this if we just took a minute to talk and think it through.”

Mr. DeSantis’s order has already altered the back-to-school plans for Nova Southeastern University, based in Fort Lauderdale, which had announced a policy for returning students to be vaccinated. The university’s president and chief executive officer, George Hanbury, said the university was reviewing the order and planned to follow it.

“We’re not trying to do anything but protect our students,” he said.

Republican critics say vaccine passports raise the specter of centralized databases of vaccinated people, which they view as a government intrusion on privacy.

“A vaccine passport—a unified, centralized system for providing or denying access to everyday activities like shopping and dining—would be a nightmare for civil liberties and privacy,” Justin Amash, a former Republican congressman who is now a libertarian, wrote on Twitter last week.