You Are Here Home Health News Lives are at stake — so why are some Canadians ignoring social distancing rules? 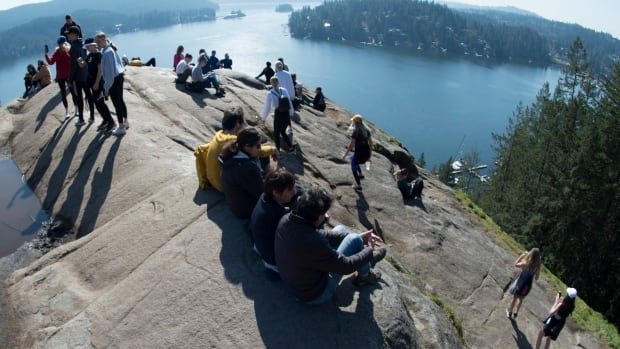 The prime minister is a father of three young children and he’s spent the past week trying to mind the kids while working from home. So that rising note of frustration in his voice as he addressed the nation this morning is something he comes by honestly.

“Enough is enough,” he said, citing a spate of reports over the weekend that many Canadians are still congregating and communing beyond their immediate households, despite loud and repeated warnings about the danger of spreading COVID-19.

“Go home. And stay home. This is what we all need to be doing. And we’re going to make sure this happens — whether by educating people more on the risks, or by enforcing the rules, if that’s needed.”

In that moment, Justin Trudeau sounded like a dad trying to drive on a very busy highway while glancing in the rearview at the kids in the backseat acting up: Don’t make me come back there.

But kids are kids, and most of the people Trudeau was talking about — the ones flouting the guidelines in place to keep this pandemic from becoming much, much worse — are of voting age.

This situation is deadly serious, with the potential to affect the lives and welfare of each and every living Canadian. And the consequences that are being threatened, either implicitly or explicitly, are heavy and draconian.

Prime Minister Justin Trudeau says nothing that could help is ‘off the table,’ when it comes to enforcing self-isolation rules. 1:00

What Trudeau is asking his fellow Canadians to do is act like responsible adults — to take responsibility for their own actions and their duty to each other as citizens.

Ideally, a warning would be enough to get that message across. But Trudeau’s comments today were the third such warning the federal government has delivered in successive days, following similar comments by Health Minister Patty Hajdu on Saturday and Sunday.

Until now, social distancing and self-isolation have been effectively voluntary. But the patience and faith of political leaders in this country seems to be dwindling; Vancouver Mayor Kennedy Stewart and Ontario Premier Doug Ford have now made similar calls for people to respect current health guidelines.

In Ottawa, recent speculation has focused on two previously obscure pieces of legislation: the Quarantine Act and the Emergencies Act. The latter, in particular, has been the subject of repeated questions for Trudeau and other ministers.

Under either law, the federal government can manage the supply of urgently-needed equipment, supplies or personnel. It also can restrict the movements of Canadians and enforce those restrictions with penalties.

Has it come to that? As security analyst and lawyer Leah West tweeted on Monday, each province has its own set of emergency powers and they should be better positioned to deal with local situations. Federal officials have spoken of invoking the Emergencies Act as a last resort.

It might be tempting to invoke it just to send a message about how serious the current situation is. But the federal government might not be mouthing empty threats.

“Every step of the way, if we see that measures aren’t being taken up properly, we will look at different measures that could be necessary to enforce these rules,” Trudeau said on Monday.

A short time later, Hajdu hinted at the use of “random inspections” and “hotlines” — the latter apparently a suggestion that Canadians might be required to check in with the government to confirm they are self-isolating.

Health Minister Patty Hajdu says there are a number of ways quarantine measures can be enforced by the government, including random inspections and hotlines. 2:01

But patrolling parks, breaking up house parties and checking in on Canadians who recently travelled — surely these are the last things any government wants to spend its precious time, energy and resources worrying about in the face of a national emergency. Surely those are the last things any citizen should want to see their government worrying about at a moment like this.

The Emergencies Act, which was enacted in 1988 to improve upon the old War Measures Act, has actually never been invoked by a federal government. It’s disappointing to think that it might be used to enforce social distancing — because it shouldn’t have to come to that.

“Social distancing, physical distancing, is the single best way to keep the people around you safe,” Trudeau said. “What does that mean? It means keeping two metres between yourself and someone else. It means avoiding groups. It means staying home as much as possible.”

No, it isn’t easy. It’s also the least we can ask of each other in the circumstances.

‘You’re putting others at risk, too’

“If you choose to ignore that advice, if you choose to get together with people or go to crowded places, you’re not just putting yourself at risk,” Trudeau continued.

“You’re putting others at risk, too. Your elderly relative who is in a seniors’ home, or your friend with a pre-existing condition. Our nurses and doctors on the front lines, our workers stocking shelves at a grocery store. They need you to make the right choices. They need you to do your part. We’ve all seen the pictures online of people who seem to think they’re invincible. Well, you’re not.”

Trudeau announced that the federal government would soon start broadcasting these instructions through ads. But he also made it clear that citizens have a responsibility to keep themselves informed.

“Not having heard this message won’t be an excuse,” he said. “Listening is your duty and staying home is your way to serve.”

Compared to the ways in which previous generations have been called on to serve, staying home seems like a very small burden.

Nearly 50 years ago, Pierre Trudeau infamously invoked the War Measures Act in response to the terrorist threat of the Front de libération du Québec. When someone asked him how much further he was willing to go, he scoffed and said, “Just watch me.”

Now, as Justin Trudeau faces questions about cracking down to save us from ourselves, his response for now could be paraphrased as: “Don’t make me do this.”