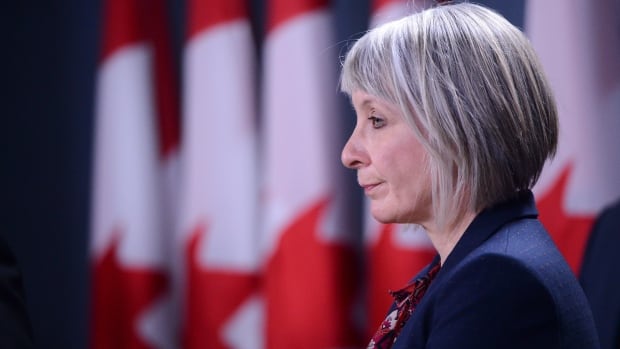 All travellers returning to Canada — with the exception of what the federal government is calling “essential workers” — will have to enter a mandatory 14-day quarantine as of midnight to help slow the spread of COVID-19, federal Health Minister Patty Hajdu said this morning

“This new measure will provide the clarity for those re-entering the country about the essential need to self-isolate,” she told the Senate, where she was discussing the Liberal government’s emergency legislation to free up $82 billion to help Canadians weather the COVID-19 crisis.

“Individuals who exhibit symptoms upon arrival in Canada will be forbidden, also, from using public transit to travel to their places of isolation.”

Hajdu said those travellers also will be forbidden to quarantine in a place where they can come into contact with vulnerable people. She said the Public Health Agency of Canada will make alternative arrangements for people in those circumstances.

The government has been pleading with Canadians to self-isolate if they’ve returned from a trip since mid-March, but this move under the Quarantine Act makes it a legal obligation.

Deputy Prime Minister Chrystia Freeland said that as of midnight, officials will begin taking down contact information at the border to follow-up with returning travellers. She said detailed information on quarantine enforcement is coming later today.

“But let me emphasize, you should be doing this already,” she told reporters during a briefing on Parliament Hill Wednesday.

Some provinces already have made arrests under their own emergency measures.

On Friday, Quebec City police arrested a woman who tested positive for the coronavirus after she went out for a walk, violating a quarantine order.

Nova Scotia has given police the power to enforce the province’s Health Protection Act, which bans gatherings of more than five people and allows for fines of up to $1,000 for individuals and $7,500 for business owners.

Hajdu has been signalling tougher measures under the Quarantine Act were on their way for several days now.

The federal Quarantine Act was updated in 2005 after the deadly SARS outbreak and gives the federal health minister an arsenal of tools to force travellers to stay home.

On Sunday, Hajdu said the government was looking at all the measures in their tool box, including criminal penalties.

She has also suggested a “hotline” might be established to allow concerned Canadians to report cases of noncompliance.

Freeland said the issue of mandatory quarantines was debated at length during the Monday meeting of the cabinet coronavirus committee.