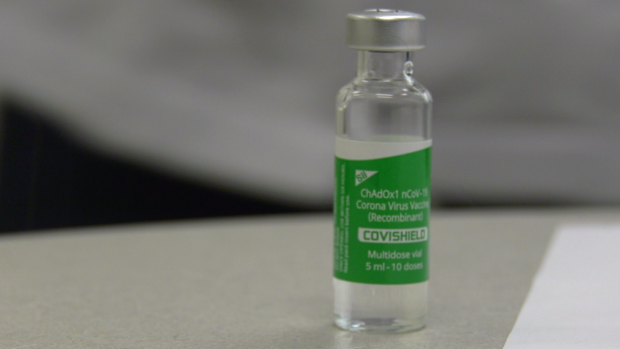 WINNIPEG — Manitoba has expanded eligibility for the second dose of the COVID-19 vaccine and included new guidance for people who received the AstraZeneca COVID-19 vaccine for their first dose.

In the vaccine bulletin released Monday, the province said anyone who received a first dose of the AstraZeneca/Covishield vaccine can now receive a second dose of any mRNA vaccine (Pfizer or Moderna) if they meet the provincial eligibility for the second dose.

“A Spanish study has been released that showed that people who received a second dose of an mRNA vaccine after AstraZeneca, had a good immune response consistent with what we’ve seen in vaccines for other diseases as well,” said Dr. Joss Reimer, the medical lead of the Vaccine Implementation Task Force.

She added the United Kingdom also has a study coming out in mid-June about mixing vaccines but said Manitoba couldn’t wait that long as Manitobans wanted to know what to do.

Reimer also said Manitoba isn’t the only province that has approved mixing vaccines as Quebec has also taken those steps.

Since vaccines started being administered, around 75,000 people have received AstraZeneca. Reimer said there are still around 3,700 doses of AstraZeneca in the province in case someone can’t get the mRNA shots.

“All provinces received word from Health Canada that based on their review of stability data that was submitted from AstraZeneca, doses that were originally set to expire today, can now be used until July 1.”

For those who are receiving either Pfizer or Moderna for their second dose after receiving AstraZeneca, the minimum they must wait is 28 days, but Reimer said they are recommending eight to 12 weeks between doses.

“We don’t have a study looking at before eight weeks for those specific vaccines, but I think that there is growing evidence that the manufacturer’s minimums are likely not the ideal interval, and that you do get a stronger immune response by getting that second dose longer than three to four weeks.”

All Manitobans 12 years of age and older can book an appointment for a first dose, though the Pfizer vaccine is only available for people ages 12–17.

As of Sunday, Manitoba has administered 852,094 doses of COVID-19 vaccines.