When Manitoba begins its age-based COVID-19 vaccine rollout starting with older adults next month, First Nations people who are 20 years younger will also be eligible at the same time.

For example, when members of the general public who are over 80 begin begin to get vaccinated, First Nations people over 60 will also be eligible, in light of the disproportionate impact the virus has had on Indigenous people, Dr. Marcia Anderson said at a news conference on Monday.

“This will ensure the same level of risk experienced by First Nations people at younger ages is adequately addressed,” Anderson, who is part of the Manitoba First Nations Pandemic Coordination Team, said.

When asked what she would say to those who think the age differential isn’t fair, Anderson said the severe health outcomes Indigenous people face aren’t fair.

First Nations people made up 73 per cent of all presumed active cases in Manitoba and had an 18 per cent test positivity rate, a Friday update from the pandemic response team said.

Anderson added that the median age of death among First Nations who have tested positive for COVID-19 is 66, which is 17 years younger than the rest of the population.

“If things were fair, First Nations people would be making up roughly 10 per cent of hospitalizations and not 50 per cent … The vaccine is one tool to help us get there,” she said.

“In order to produce equitable outcomes, we have to have equitable allocations. Equitable doesn’t mean equal, it means the allocation that will get you closer to the equal outcomes that First Nations people are entitled to.”

Dr. Joss Reimer, the medical lead of the province’s Vaccine Implementation Task Force, says focusing on the most vulnerable Manitobans will benefit all Manitobans in the long run.

“Any of us at any time could need that hospital bed for a COVID or a non-COVID-related outcome. So it’s really essential that at that table we’re thinking about all Manitobans, but we’re focusing on how we reach the people who are experiencing the most harms, and our data shows it’s very clearly First Nations people who are experiencing greater harms at younger ages.”

In addition, there are more doses of the Moderna COVID-19 vaccine earmarked for eligible First Nations people and communities in addition to the 5,300 doses that are set to arrive in mid- to late February, public health officials announced Monday.

Health-care workers in non-remote communities will get some of these 1,200 doses to ensure they can be vaccinated while there are delays in accessing the Pfizer-BioNTech vaccine.

“This is to acknowledge the key role that traditional healers and knowledge keepers play as part of our health workforce,” Anderson said.

That includes people who are recognized and respected ceremonial leaders, those who use ceremonies, plant medicines, touch and other healing modalities and those who are respected knowledge keepers who are leading and passing on cultural teachings and customs, she said.

The 1,200 doses are immediately available at a pop-up site in Winnipeg and possibly also at hubs in The Pas, Flin Flon and Thompson. 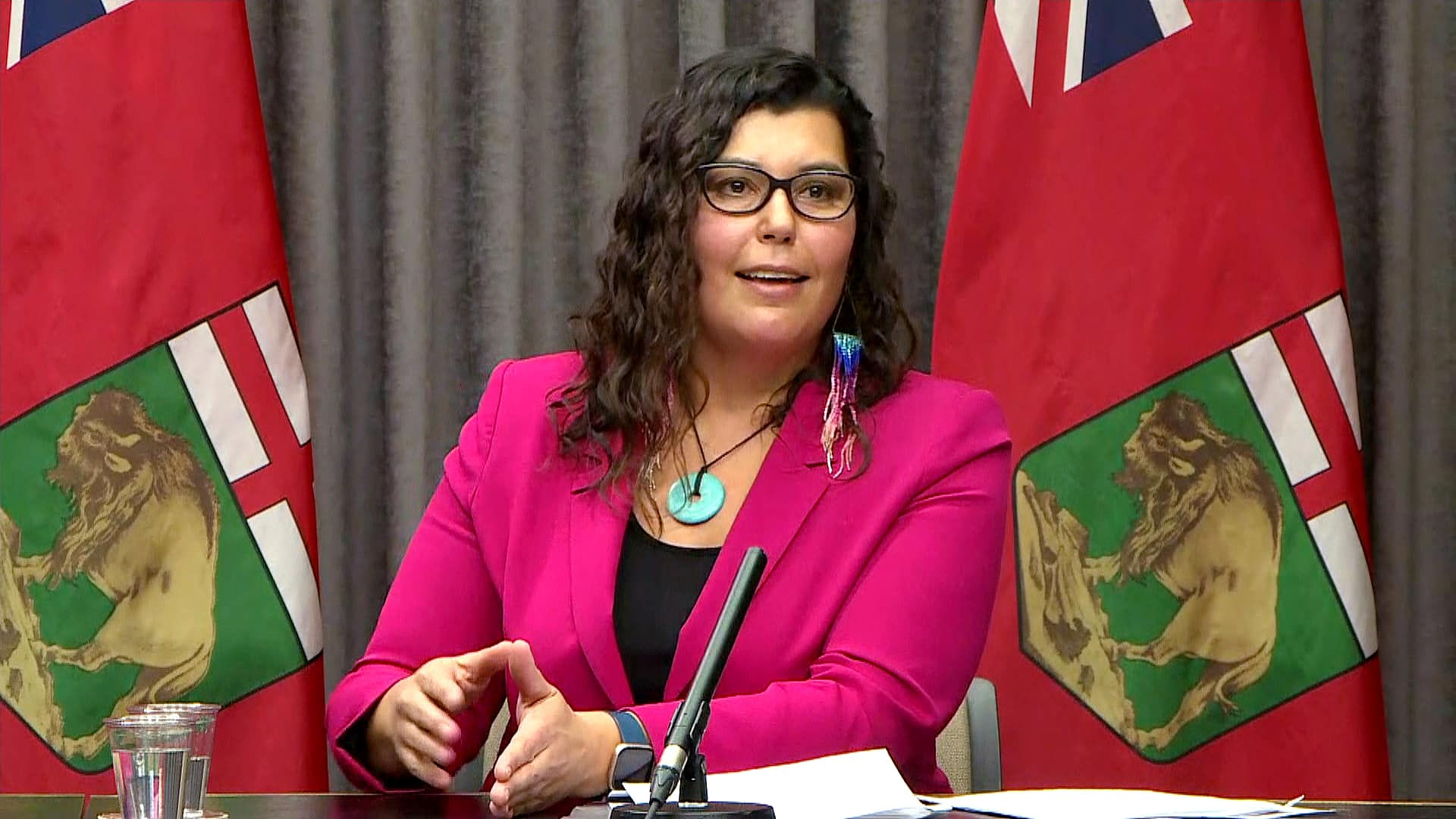 When Manitoba begins its age-based COVID-19 vaccine rollout starting with older adults next month, First Nations people who are 20 years younger will also be eligible at the same time. 2:18

Doses may be shipped directly to communities where the number of eligible health-care workers is high enough.

“We need to ensure that our communities, First Nations communities receive these vaccinations as a priority and the age differentials play a role there,” he said.

His community has vaccinated 270 people so far.

To date, 5,300 doses of the Moderna vaccine have been sent to First Nations communities, with the additional 5,300 doses to be provided in mid- to late February for second doses.

First Nations communities were among Manitoba’s earliest priority groups, with each community receiving a portion of the Moderna vaccine. Those shots were given to people over age 70 in non-remote communities and over 60 in isolated communities, along with essential health-care workers.

Public health officials say First Nations people who meet any current provincial eligibility criteria will continue to be able to phone and book appointments as they become available at the supersites in the province.

There is some uncertainty about future vaccinations because Moderna has announced it will delay some shipments of the vaccine to Canada.

Moderna is expected to ship 20-25 per cent less product to Canada in February than originally planned over “certain concerns around the manufacturing process,” Prime Minister Justin Trudeau said on Friday.

Even so, Reimer says the province is working to step up immunization of vulnerable people.

This week, eligible residents in Churchill, Man., including residents of the elder care ward, people in the community over 70 and health-care workers will receive their first doses.