You Are Here Home Health News Molly Brodak, Poet and Memoirist of Her Father’s Crimes, Dies at 39 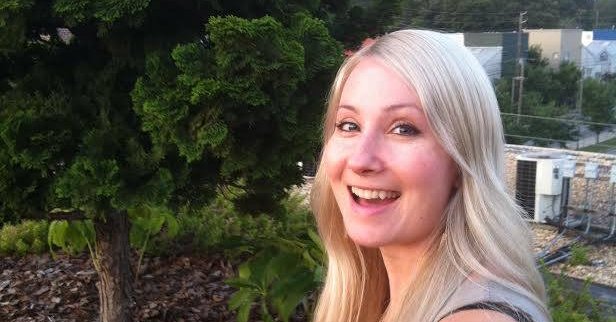 Molly Brodak, a poet who chronicled the trauma she experienced as the child of a compulsive liar and bank robber in a critically acclaimed memoir, died on March 8 near her home in Atlanta. She was 39.

Her husband, Blake Butler, said the cause was suicide and that Ms. Brodak had a history of depression dating to childhood.

Before Ms. Brodak published “Bandit: A Daughter’s Memoir” in 2016, her poems appeared in publications like Granta, Guernica and Poetry and in a book, “A Little Middle of the Night” (2010), which won the Iowa Poetry Prize.

Many of her poems were spare and mysterious. One of them, “In the Morning, Before Anything Bad Happens,” reads in part:

I know there is a river somewhere,

lit, fragrant, golden mist, all that,

can’t believe their luck this morning

I let them riot

in my mind a few minutes more

before the news comes.

“Bandit,” her first published nonfiction work, was an unsparing account of her dysfunctional childhood with her father, Joseph Brodak, a tool and die worker who began robbing banks in the summer of 1994 to pay off his gambling debts. At the time, Molly was barely a teenager.

Mr. Brodak robbed 11 banks in and around Detroit that summer. He would hand a teller a note demanding cash and gesture that he had a gun in his jacket pocket (he didn’t). He wore a floppy hat and a fake mustache that earned him the sobriquet “the Super Mario Brothers Bandit,” after the similarly attired video game character. He was caught, spent seven years in prison and was released in 2001, then served another prison sentence for robbing more banks in 2009.

Ms. Brodak delivered the broad details of the robberies matter-of-factly before taking a deeply personal look at what it was like to come of age in the environment her father had created.

“The facts are easy to say; I say them all the time,” she wrote early in the book. “They leave me out. They cover over the trouble like a lid. This isn’t about them.”

She and her sister, Rebecca, were subject to the fallout from her father’s gambling and lying. She wrote, for instance, that he had married their mother, Nora Tavalieri, while he was still married to another woman, with whom he had a daughter.

Rebecca coped with her father by acting out and seeking attention, while Molly took a different tack. “One survival technique is to get small,” she wrote.

“I kept quiet, was good and smart and secret and neat, reading and playing alone, catching bugs, collecting rocks, reading and drawing,” she continued. “And I wanted to become even less, a nothing, because I thought they could all at least have that, this one non-problem in the house.”

“Bandit” was well-received by critics — Kirkus Reviews called it “intelligent, disturbing and profoundly honest” — and Ms. Brodak was interviewed by newspapers and the NPR program “All Things Considered.”

She told the Florida newspaper The Tallahassee Democrat in 2017 that reflecting on her childhood for “Bandit” had given her an understanding of the enduring psychological destabilization it had caused her.

“I know now that children need consistency to believe in people and to figure out how to have trust and self-esteem,” she said, “so inconsistency is bad for kids, and bad for my sister and I. We didn’t know if one day Dad would be good or bad, if he’d love us or hate us.”

But by her account, writing her memoir had done little to help her understand her father’s actions.

“The only thing I’ve learned,” she wrote in an essay for British tabloid The Daily Mail in 2016, “is that there are no easy answers; that simplistic narratives cannot be so easily laid over the messy and unpredictable events of the real world.”

Molly Aviva Brodak was born in Detroit on March 29, 1980, and grew up in Rochester, Mich. Her father worked for General Motors and other manufacturers, and her mother was a therapist.

They married and divorced twice, most recently in 1988, and Ms. Brodak lived primarily with her mother while her sister lived mainly with their father.

Ms. Brodak graduated from high school in Rochester in 1998, earned a bachelor’s degree at Oakland University there in 2004, then earned a master’s degree in creative writing from West Virginia University in 2008. She moved to Atlanta in 2011 to take part in a fellowship at Emory University and teach there.

In Georgia, she also taught creative writing, composition, poetry and world literature at Augusta State University, the Savannah College of Art and Design and, most recently, Georgia College and State University. An accomplished baker, she appeared on “The Great American Baking Show” on ABC in 2019, the same year she started a home baking business called Kookie House.

She married Mr. Butler in 2017. An earlier marriage, to Matthew Porter, ended in divorce.

In addition to her husband, survivors include her mother; her sister, now Rebecca Gale; and her father, whom she saw briefly after he was released from prison last year.

In 2018, Ms. Brodak earned a grant from the National Endowment for the Arts, which she used to travel to Poland for research on another memoir about the fluid nature of nationality, based on her father’s parents, who were killed in the Holocaust. Mr. Butler said that the book, “Alone in Poland,” had not yet found a publisher, but that another book of Ms. Brodak’s poetry, “The Cipher,” was scheduled to be published by Pleiades Press in the fall.

Ms. Brodak left behind many more poems, Mr. Butler said, including a book of them called “Folk Physics,” which she sent him on the day she died, and which he hopes to publish.

If you are having thoughts of suicide, call the National Suicide Prevention Lifeline at 1-800-273-8255 (TALK). You can find a list of additional resources at SpeakingOfSuicide.com/resources.