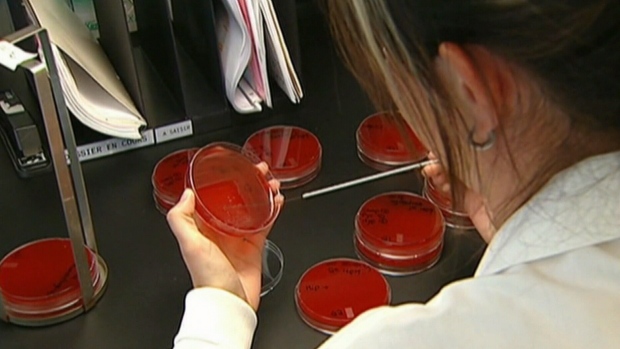 MONTREAL — Montreal public health is investigating several cases of Legionnaire’s disease that have caused two deaths in the eastern parts of Montreal.

Since mid-June, 10 cases have been identified, including in two people over the age of 65 years who have died as a result of the disease.

Officials say they are keeping an eye on sectors of the city surrounded by Pie-IX Boulevard to the west, Highway 25 to the east, Highway 40 to the north and the Saint Lawrence River to the south.

Legionellosis is a respiratory infection caused by breathing in fine droplets of water, suspended in the air and contaminated with Legionella bacteria.

Public health says it is still working to identify the source of the contamination.

It notes it has examined cooling towers in the area, but has not yet been able to pinpoint a single source. Other common places of contamination are waterworks and water heaters.

Officials are asking residents in the area to ensure that the temperature of their home water heaters is kept above 60 degrees to prevent the growth of the bacteria.

Each year, around 50 Montrealers contract the disease. A previous outbreak of legionellosis occurred in Quebec City in 2012, with 181 people contracting the disease and 14 dying.

— This report by The Canadian Press was first published in French on Aug. 4, 2021.