You Are Here Home Health News More than 5,100 Air Canada flight attendants to be laid off amid massive COVID-19 slowdown 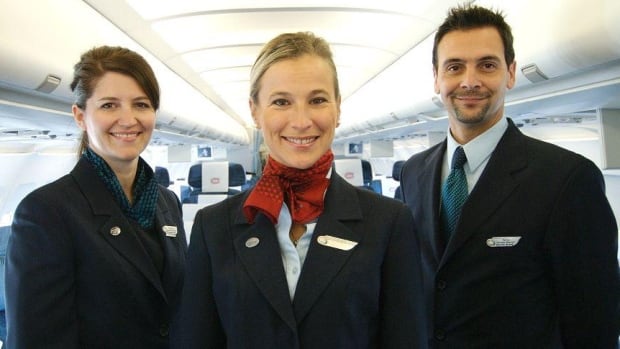 Air Canada is set to lay off more than 5,100 members of its cabin crews because of a dramatic drop in flights related to the COVID-19 outbreak, CBC has learned.

According to a March 19 letter from Renee Smith-Valade, the airline’s vice president of in-flight service, says Air Canada has “no choice” but to cut staff, calling the move “difficult but necessary.”

The Canadian Union of Public Employees, which represents Air Canada flight attendants, confirmed the news, saying the layoffs will affect about 3,600 Air Canada crew members and all 1,549 of its members who work for the airline’s Rouge subsidiary.

That represents about half of the 10,000 crew members currently employed at Air Canada and Air Canada Rouge.

“This has been the most challenging time any of us will likely ever experience as flight attendants,” Wesley Lesosky, CUPE’s president of the Air Canada component, said in a press release.

“Our members have been on the front lines of this crisis since day one, and it has been a tough journey ever since. Our hearts go out to all of our members, especially those who fell sick while doing their job.”

Smith-Valade’s memo says that Air Canada’s planned flights for April have been cut by nearly 80 per cent as governments around the world have asked their citizens to stay home in an attempt to contain the spread of COVID-19. She said she hopes the layoffs will only be temporary.

According to the union, the layoffs will be effective until at least April 30. Those affected will be able to collect employment Insurance.

Air Canada’s mainline flight attendants are based in Vancouver, Calgary, Toronto and Montreal.