You Are Here Home Health News Most Coronavirus Cases Are Mild. That’s Good and Bad News. 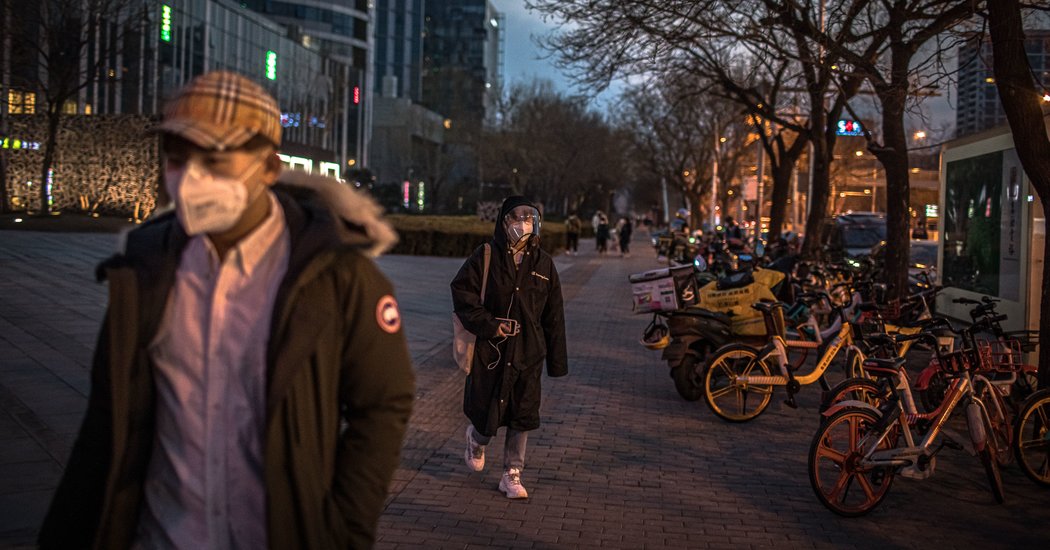 HONG KONG — As a dangerous new coronavirus has ravaged China and spread throughout the rest of the world, the outbreak’s toll has sown fear and anxiety. Nearly 3,000 deaths. More than 82,000 cases. Six continents infected.

But government officials and medical experts, in their warnings about the epidemic, have also sounded a note of reassurance: Though the virus can be deadly, the vast majority of those infected so far have only mild symptoms and make full recoveries.

It is an important factor to understand, medical experts said, both to avoid an unnecessary global panic and to get a clear picture of the likelihood of transmission.

“Many people are now panicking, and some actually are exaggerating the risks,” said Dr. Jin Dongyan, a virology expert at the University of Hong Kong. “For governments, for public health professionals — they also have to deal with these, because these will also be harmful.”

Much about the virus remains unknown, and the danger could intensify as it travels through the rest of the world. But based on existing information, here’s what experts say about the severity of the virus.

More than 80 percent of cases are mild, one large study in China found.

Of the 44,672 coronavirus cases that were confirmed in China by Feb. 11, more than 36,000 — or 81 percent — were mild, according to a study published recently by the Chinese Center for Disease Control and Prevention.

Cases were considered mild if they did not involve pneumonia, defined as infection of the lungs, or involved only mild pneumonia, the authors wrote in the study, which is among the largest to date of the new coronavirus.

Just under 14 percent of patients were severe, and just under 5 percent critical.

The overall fatality rate in China was 2.3 percent. But that number was inflated by the much higher fatality rate in Hubei Province, of 2.9 percent, compared with a rate of just 0.4 percent in the rest of the country. The seasonal flu, by comparison, has a mortality rate of about 0.1 percent.

The true fatality rate could be even lower, given that many mild or asymptomatic cases may not have been reported to the authorities.

A mild case may look like the common cold.

Mild cases are inherently difficult for scientists to describe, because those with limited symptoms may not seek medical care. Scientists have also said that people can be infected but not show any symptoms at all.

For many with mild infections, the coronavirus could be virtually indistinguishable from the common cold or seasonal flu, said Dr. Jin of the University of Hong Kong.

“Some of these patients, they just go unrecognized,” he said. “It could be just as small as a sore throat. Then one day, two days, it’s gone.”

Even among patients who do go see a doctor, “it could still be very mild, just like a flu,” he added.

As the Chinese Center for Disease Control’s study showed, some mild cases may involve pneumonia. They may also include mild fatigue and low fever, according to a treatment plan released by the central Chinese government.

A small study of 99 confirmed coronavirus patients in Wuhan, published in the medical journal, The Lancet, found that most of the patients had fever or cough when they were admitted to the hospital, and some had shortness of breath or muscle ache. The study did not distinguish between mild, severe and critical cases.

Most people with mild infections recover.

There is no doubt that the virus can be dangerous, especially for critical cases. Of those patients, 49 percent died, according the study by the Chinese Center for Disease Control.

But critical cases made up just a tiny fraction of the total caseload in the study.

By Thursday, of the 78,487 confirmed cases in China, 32,495, or 41 percent, had been discharged from the hospital, according to China’s National Health Commission. About 8,300 of the remaining patients were in serious condition. More than 2,700 people have died in China.

Many of the deaths have occurred in Hubei Province, where the outbreak began, and where the demand for care has overwhelmed medical staff. The high mortality rate there could have dangerous implications for developing countries. Dr. Tedros Adhanom Ghebreyesus, the director general of the World Health Organization, has warned repeatedly of the toll the virus could exact in places with weak health systems.

But for mild cases, the virus is likely “self-limiting,” Dr. Jin said, meaning that symptoms will go away on their own, as with the flu and common cold.

But the plethora of mild cases can make containment more difficult.

The number of mild cases, though, creates its own complications for curbing the virus’s spread.

Those with mild or no symptoms may not know they have contracted the virus, or may pass it off as a seasonal cold. They may then continue in their daily lives — traveling, kissing, coming into close contact with others — and spread the virus without anyone knowing.

“In this manner, a virus that poses a low health threat on the individual level can pose a high risk on the population level, with the potential to cause disruptions of global public health systems and economic losses,” a group of five scientists wrote in the New England Journal of Medicine last week.

There are, broadly speaking, two possible outcomes of the current outbreak, Dr. Jin said. The new virus could, like SARS, another well-known coronavirus, become less and less transmissible as it spreads around the world, eventually dying out.

Alternatively, the new coronavirus could become well established in humans, becoming a kind of recurring, seasonal nuisance, like the flu, Dr. Jin said. In that situation, people would learn to live with it, and sometimes would contract illnesses from it; but the virus would most likely also lose some of its dangerousness as time went on. Experts could also develop a vaccine, Dr. Jin added.

Even mild cases could provide immunity from future infection.

Several medical experts have said that those who have been infected with the coronavirus will not become infected again, as their bodies will produce antibodies that provide immunity.

“As long as the virus doesn’t evolve, there is no chance of being infected again,” Dr. Lu Hongzhou, a public health professor in Shanghai, said on Tuesday in an interview with Beijing News.

And that immunity should extend even to those who had mild or even asymptomatic infections. “Anyone recovered from the infection should have useful antibodies,” Dr. Jin said.

The body’s natural immune response is the reason the Chinese authorities have asked recovered patients to donate blood plasma, in the hopes that their antibodies could be used to treat sick patients. The government has also prescribed antiviral drugs and traditional Chinese medicine as treatment methods.