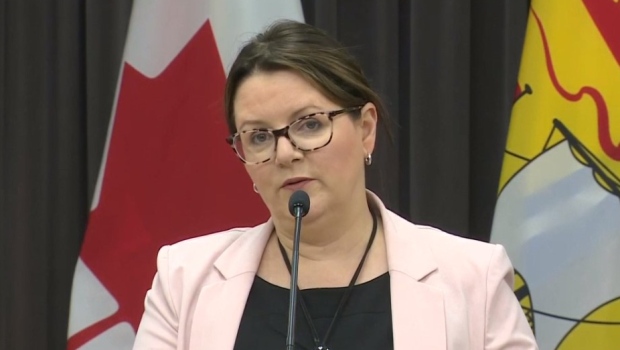 HALIFAX — New Brunswick is pulling out of the Atlantic bubble and as of midnight Thursday, all visitors will have to self-isolate for 14 days.

“At this point, community transmission has not been confirmed here, but the threat is real we’ve seen it all across the country,”  said New Brunswick Premier Blaine Higgs. “We’ve seen it in every province we’ve seen it all around us. So taking swift action right now is important”

New Brunswick becomes the third Atlantic province this week to reimpose the self-isolation requirement on visitors. Newfoundland and Labrador and Prince Edward Island pulled out on Monday after the number of cases rose in New Brunswick and Nova Scotia and the latter reported community spread of COVID-19.

The bubble allowed residents of the four provinces to travel freely within the Atlantic region, without having to self-isolate.

All visitors to New Brunswick will have to registration for travel into the province, including New Brunswickers returning home from travel. Travellers must register at www.gnb.ca/travelregistration. and failure to do so can result in penalties, the province said Thursday.

“We are taking this action because of the course of action the virus is taking in this area,” Russell said.

This is the first move back to orange for this region since it came out in June.

Russell said that there is more than a thousand people in self-isolation across the province.

With 12 new cases reported on Thursday, there are 105 active cases in New Brunswick, including one in hospital. Russell says it’s become clear that the recent cases are being “fueled by young adults.”

She says that it is vitally important that young people do three things:

“Now is not the time for larger social gatherings,” Russell said. “Keep your number of close contacts as small and consistent as possible. In order to get Orange zones back into Yellow for Christmas we need to cut non-essential activities as much as possible.”

Russell once again encouraged New Brunswickers to do their part by following public health guidelines and by playing it smart if they start to show symptoms.

“Even if it’s a sniffle a runny nose, headache, please look at the list online of all the symptoms that you can have that can possibly be COVID-19 and have a very low threshold to get tested,” Russell said. “Please reduce your number of close contacts, hold your gatherings virtually whenever you can. Please don’t travel in and out of orange zones, except for essential reasons”

Here is the geographic breakdown of the 12 new cases.

The number of confirmed cases in New Brunswick is 465 and 353 have recovered. There have been seven deaths. As of Thursday, public health staff have conducted 120,145 tests.

-Bars/Restaurants can stay open, but you’re only seated with your own household. You must stay seated. Give your actual name/number to the staff.