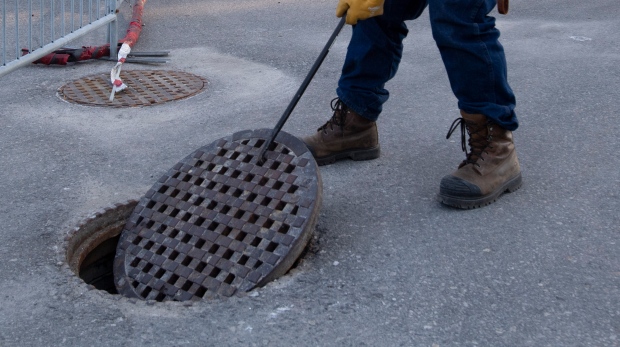 TORONTO — Many municipalities across Canada have relied on analyzing wastewater as an early warning system for a rise in COVID-19 cases. Now, a Canadian-led team of researchers have developed a new algorithm that can use wastewater data to pinpoint which neighbourhoods a COVID-19 outbreak has taken place.

This algorithm was developed by University of Toronto professor Oded Berman, MIT professor Richard Larson and York University professor Mehdi Nourinejad. The trio published their findings in Plos One back in April.

Currently, municipalities such as the City of Ottawa have been collecting samples of untreated wastewater or sewage sludge and performing manual tests to determine the viral load within the samples. Researchers and public health officials have been using this data to predict a rise or fall in reported COVID-19 cases within the whole city.

This new algorithm could allow public health officials to take this even further, allowing them to quickly pinpoint exactly which neighbourhood an outbreak has taken place.

The algorithm relies on automatic sensors installed on a select number of strategically placed manholes to detect the presence of SARS-CoV-2 remnants in human waste. As calculated using the algorithm, the researchers say only seven sensors would be needed for a wastewater system that has 2,000 manholes.

If a sensor detects the presence of the virus, public health researchers could conduct manual tests at a few manholes upstream from the sensor, which would eventually pinpoint which neighbourhood an outbreak has taken place.

This can all be done in one day, the researchers say. From there, the residents in that neighbourhood can be contacted for COVID-19 testing and be isolated if needed, preventing further spread of the virus.

“Being quick is what we want because in the meantime, a newly-infected person can infect others,” said Berman in a news release.

These sensors aren’t available yet but have been in development by researchers in Israel.

Furthermore, the researchers say this algorithm could be used to track other viruses, such as novoviruses. They also speculate that analyzing chemicals in the sewage system could even be used to pinpoint the location of bomb makers and crystal-meth labs.