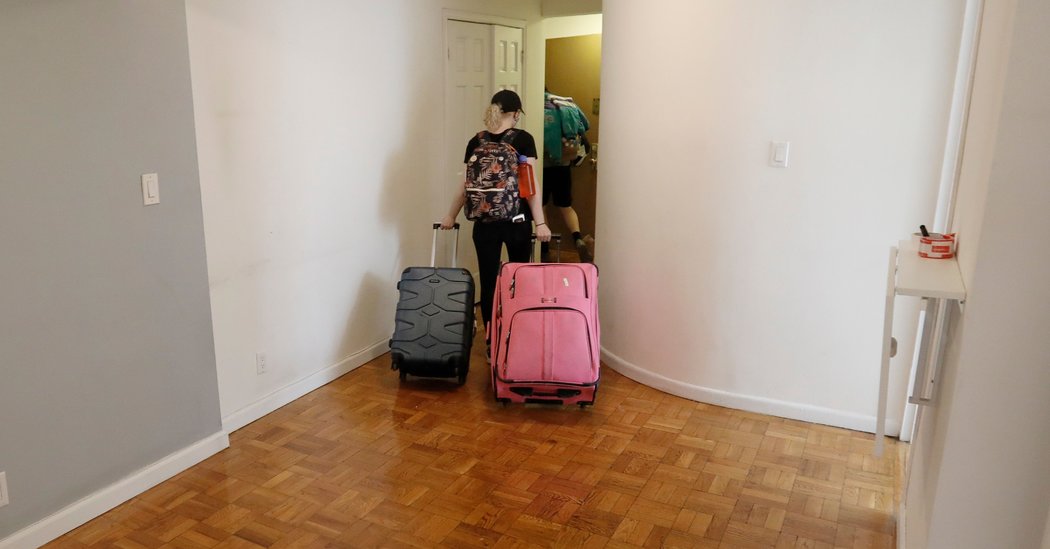 Last month, surveyors with the Pew Research Center set out to answer a timely question: Who is moving because of the pandemic, and why?

They found that about 3 percent of more than 9,600 respondents in the United States said that they had changed their residence because of the coronavirus, and 6 percent said someone else had moved into their home. About 22 percent of respondents had either moved because of the pandemic or knew someone who did.

Family was a major factor in people’s decisions; most of those who relocated said they had moved in with relatives. The survey also found that young people were disproportionately mobile: About 9 percent of adults ages 18 to 29 said they had moved because of the outbreak.

Anecdotal evidence and news reports have already shown that the pandemic has spurred people to rethink their living situations. Campus shutdowns have pushed many college students back to their families’ homes. School closings have forced parents to seek out relatives for help with child care. Some people have made their vacation homes into primary residences; others, facing job losses and evictions, are struggling to find shelter.

The Pew data, released on Monday, sheds more light on the scope and scale of these migrations.

It is too soon to tell how many of these moves will be permanent, in part because many people don’t know when — or whether — their schools or workplaces will reopen. But it appears that some have relocated for good: About 9 percent of those who moved said they had bought or rented a new place.

Of those who said they had moved because of the pandemic, 28 percent said that the biggest reason was to reduce their risk of infection. Other common reasons included college campus closures, a desire to be with family and job losses.

“It’s a complex story,” said D’Vera Cohn, a senior writer and editor at the Pew Research Center who focuses on immigration and demographics. “There’s a lot here, in terms of people’s motivations for moving. It’s beyond just the health issues.”

The survey also showed that people with more income and higher education levels were more likely to know someone who had moved because of the virus.

To gather this data, Pew used a nationally representative panel of randomly selected adults in the United States. The panel is managed by Ipsos, a global research firm, and the survey took place in early June.

Ms. Cohn said these relocations could have a lasting impact on people’s lives, and further study would be useful to clarify questions about geography — where people are moving from, or to — and about the overlaps between demographics.

“There are a lot of interesting topics here that people have asked about,” she said. “I’m hoping we can do more.”