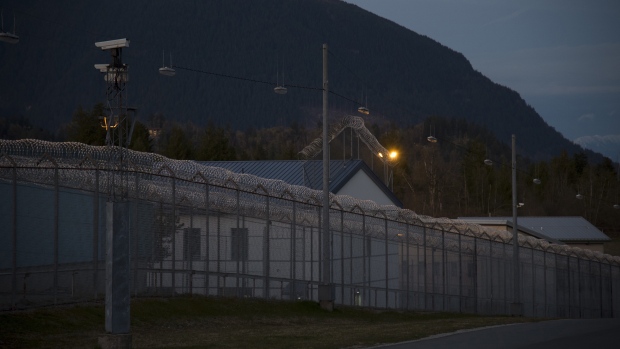 TORONTO — The COVID-19 Immunity Task Force (CITF) is launching four new studies into how COVID-19 spreads through correctional facilities, a move that comes amid a worrying surge in cases among prisoners and staff.

The aim of the studies, launched with the aid of a $1.2 million investment from the federal government, will be to test how many incarcerated individuals and correctional staff in a number of selected facilities have antibodies for SARS-CoV-2, the virus that causes COVID-19.

The hope is that this study can shine a light on how far into prison populations the virus has penetrated, and how to address it.

“COVID-19 outbreaks in correctional facilities have significant impacts on incarcerated individuals and staff,” Chief Public Health Officer Dr. Theresa Tam said in a news release. “These studies will help us develop more effective strategies to prevent the introduction and spread of the virus within these facilities.”

The announcement comes a little over a month after a preliminary report released by the Prison Pandemic Partnership revealed that cases of COVID-19 are rapidly escalating in Canada’s correctional facilities.

According to the report, more new cases of COVID-19 have been discovered in Canadian jails, prisons and penitentiaries since Dec 1, 2020, than were reported from March to the end of November 2020.

Prisoners, correctional staff and others who work in prisons make up one of the populations most forgotten and most at risk during this pandemic. While health officials are asking Canadians to avoid large gatherings as well as crowded and unsanitary conditions, these are simply a fact of life for many incarcerated in Canada’s prisons.

Corey Watson, an inmate at the Joyceville Institution in Kingston, Ont. who tested positive for the novel coronavirus, told CTVNews.ca in January that “you feel powerless” waiting for everyone around you to contract the virus. Other inmates in several penitentiaries have alleged poor conditions during the pandemic, a lack of regular access to PPE, mistreatment from correctional officers and a constant sense of anxiety.

If the virus finds a way into a facility, it can spread quickly. In Stony Mountain Institution in Manitoba, nearly half of the inmates had contracted COVID-19 at the height of arecent outbreak, with one inmate dying of COVID-19 complications in December.

New inmates and staff movement can providethe virus with a pathway into facilities, but these new studies will allow researchers to better understand transmission.

“Daily movement of staff in and out of correctional facilities can introduce SARS-CoV-2 infection inside, and contribute to transmission outside,” Dr. Nadine Kronfli from the Research Institute of the McGill University Health Centre, and the principal investigator of the Quebec provincial prisons study, said in the press release.

“It is important for us to focus on both populations to inform public health policy recommendations.”

The CITF is a task force of Canadian scientists and experts focused on developing studies that relate to the pandemic in Canada and the virus itself.

According to the press release, it will be voluntary for staff and incarcerated individuals to participate in the new studies, and they will be able to find out their antibody results from the tests privately.

“COVID-19 has important psychosocial implications on incarcerated individuals, which researchers should be sensitive to,” Dr. Alexander Wong from the University of Saskatchewan, and the principal investigator of the Saskatchewan provincial facility study, pointed out in the release.

“The stigma of having a positive COVID-19 antibody test in a correctional facility is considerable, so significant efforts are being made to ensure that results remain confidential.”

Several of the penitentiaries involved are ones that have been hit hard in the pandemic, with Correctional Service Canada reporting that there have been 162 cases among inmates at Federal Training Centre and 120 cases at Mission Institution.

Officials say the new studies will aid them not only in understanding the reach of the virus into prisons, but will help them rehabilitate incarcerated individuals during the pandemic.

“Many incarcerated individuals face fewer job and housing prospects upon release, and these issues have been exacerbated by the pandemic, making reintegration back into society particularly challenging during this time,” Sofia Bartlett, an epidemiologist with the British Columbia Centre for Disease Control and a lead investigator of the British Columbia provincial facilities study, stated in the release.

“People experience many psychosocial consequences during and after incarceration, so knowledge of their COVID-19 serostatus may provide a level of reassurance to people who are incarcerated and assist them in adjusting to life after they return to their community.”