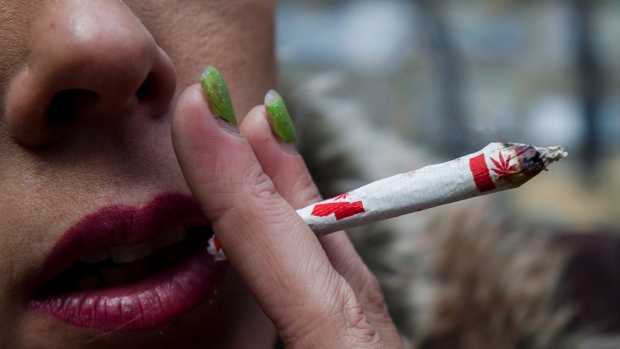 TORONTO — Children born to mothers who used cannabis while pregnant are more likely than other children to have autism, according to a new Canadian study believed to be the largest of its kind.

Researchers from The Ottawa Hospital and affiliated institutions made that conclusion after reviewing records from more than 500,000 births in Ontario between April 2007 and March 2012.

According to their study, which was published Monday in Nature Medicine, 0.6 per cent of the mothers of those children reported using cannabis during pregnancy.

The researchers found that while 1.4 per cent of the children whose records they examined were diagnosed with autism spectrum disorder, that number rose to 2.2 per cent if their mother had reported cannabis use during pregnancy. That increased risk was present even if cannabis was the only then-illicit substance the mother reported using.

Crucially, the research does not prove that cannabis use during pregnancy causes autism, only that there is an association between the two factors. It also does not delve into how much cannabis was consumed by the expectant mothers, how often or at what stage of pregnancy.

Still, the finding is the latest evidence warning of complications that can emerge from pregnant women using cannabis. The same team from Ottawa found last year that women who consume cannabis while pregnant are at greater risk of delivering their baby early, and researchers from two other Ontario universities reported in January that they had found an association between cannabis use during pregnancy and low birth weight.

Health Canada warns that “there is no safe amount of cannabis use during pregnancy” and says use may affect a child’s brain development and mental health. Warnings to this effect also appear on cannabis packaging.

The researchers say that although cannabis possession and consumption are increasingly being legalized and normalized, their findings should serve as a reminder that there are situations where it is not safe.

“We know so little about how cannabis affects pregnant women and their babies,” Dr. Mark Walker, one of the study’s authors, said in a statement.

“Parents-to-be should inform themselves of the possible risks, and we hope studies like ours can help.”

In addition, the Ottawa researchers noted a higher rate of intellectual disabilities and learning disorders among mothers who used cannabis during their pregnancies, although they said this was “less statistically robust” than their autism finding.

The study was funded by the Canadian Institutes of Health Research, an arm of the federal government.